When your mom is the co-founder of a parade that has been happening for as much of your life as you can remember, you definitely attend the art gallery openings related to that parade! 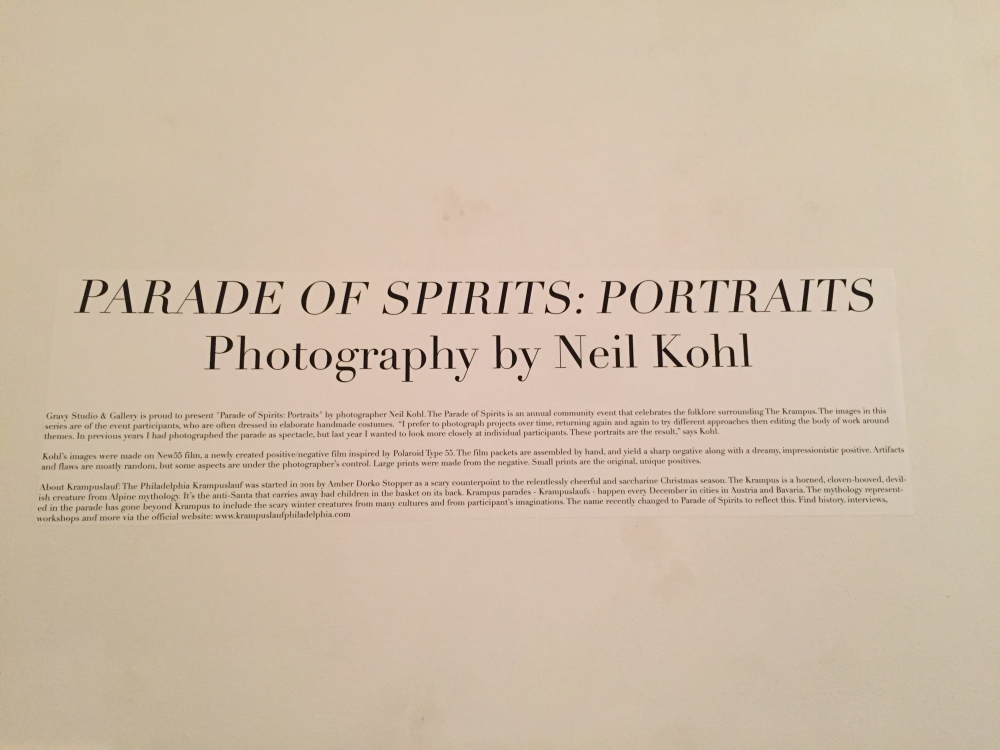 These portraits that Neil took at last year’s Krampuslauf Philadelphia/Parade of Spirits, Liberty Lands are the only pictures we’ve ever seen that make the event look even MORE magical than it is in real life! 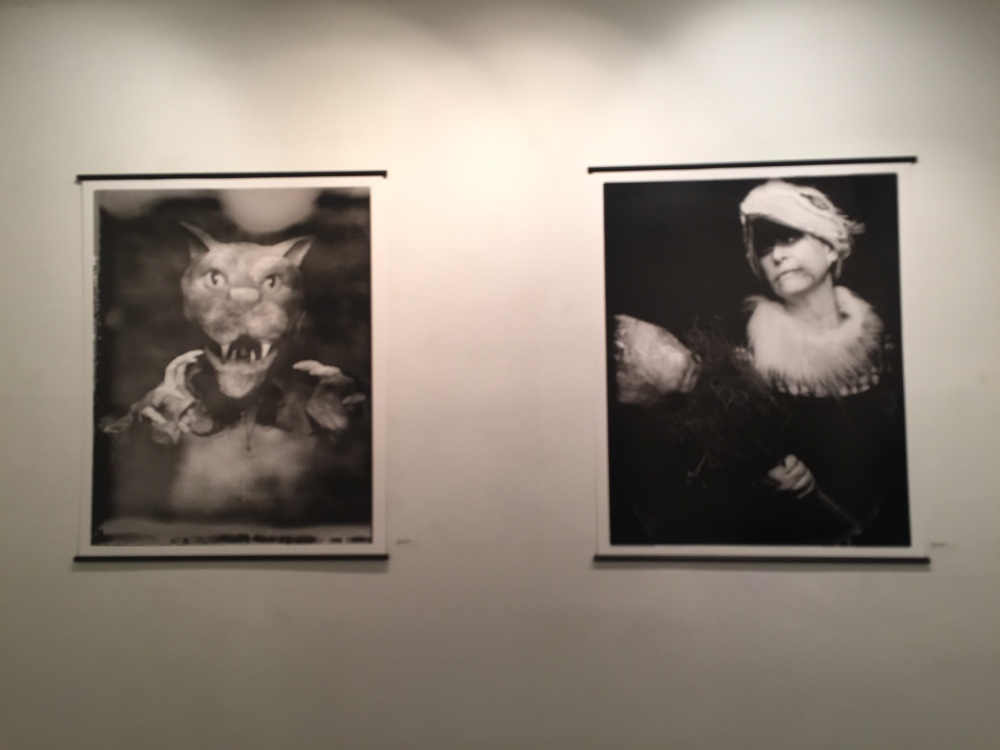 Gee, Rob. You look tired. See the instrument Rob is holding? You will see more about it on the blog in coming months. It is called a boombah, and we have learned to make them.

The kids get their picture taken in front of the portrait Neil made of them last year. If you’d like to know more about Neil’s work, this show will be up through the Parade itself, and the gallery, Gravy Studios, will have an open house from 6-8 pm, the night of the Parade (two weeks from today!)

To find out more about Neil’s work, listen to (or read) this interview that Béla did with him last summer — Béla is a great interviewer, particularly when cameras or other machines are involved! And go to the exhibit if you can — although security is pretty heavy.