On Christmas Eve of 2015, Claudia watched The Lion In Winter for the first time. She watched it a number of times subsequent to that (with Béla joining in mostly for battle and fighting scenes), and she received a copy of the script for her birthday in February.

For Christmas of 2016, Tucker and I — with our standard mission creep (Parade of Spirits wasn’t enough, of course) — decided to make the kids the ENTIRE cast of The Lion In Winter as handpuppets for Christmas. We kept warning them that we were working on something, and maybe it was kind of silly, and maybe it wouldn’t be their favorite gift, but we hoped they would appreciate it in the long run.

I am a better project manager than Tucker is and I knew that we were not going to get all seven puppets done in time for Christmas, so I tried to focus on Henry and Eleanor. It was worth it. (Béla was more excited than he appears to be here.) 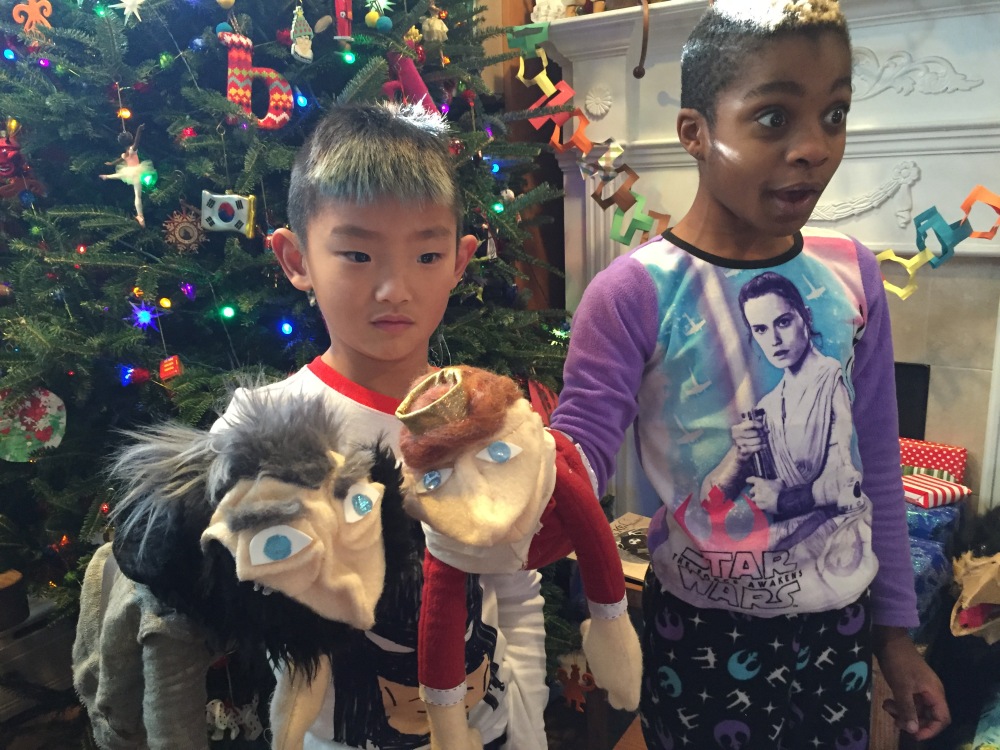 Ah, but now, we have goals! 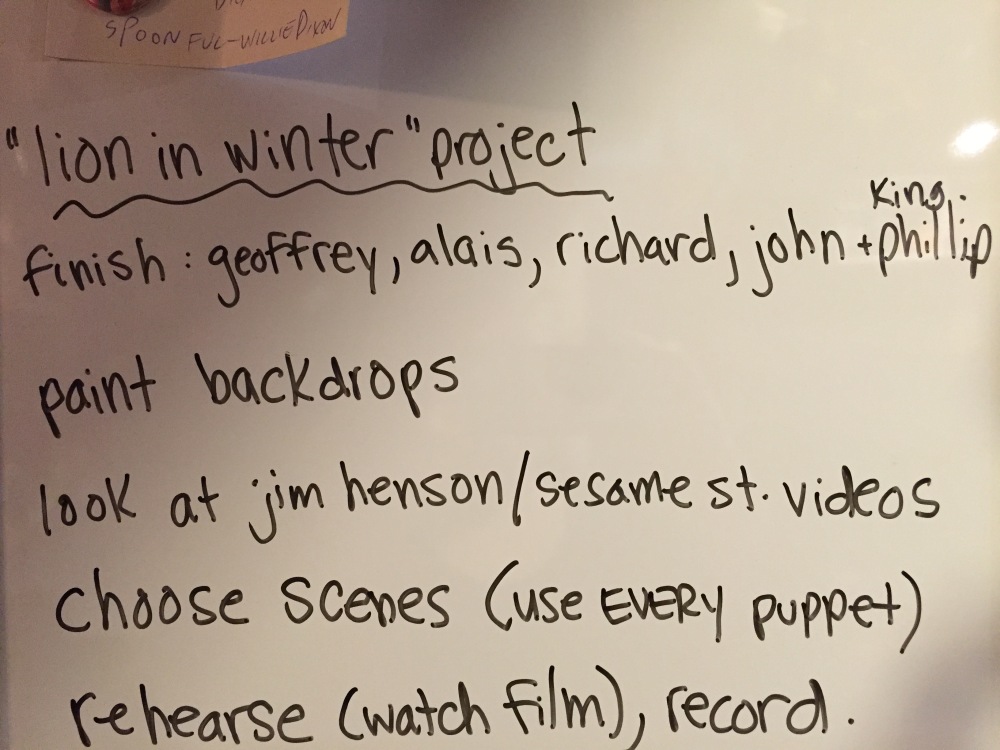 That’s a fairly simplified list of our goals. And we have not touched them yet. The kids have not even seen the bag of five unfinished puppets that they are now going to help complete. But we have talked about how when you give a show with handpuppets, you aren’t standing next to them — you are out of view, either behind or below them. And so we need to experiment with some set-ups to that end. Backdrops and props will also be interesting to make. At the moment, Claudia cannot find the paperback of her script, so that’s another low-hanging fruit. But watch this category for project updates! And there is also an album on Flickr showing updates of our work.