2012 was the last year the kids had a single Halloween costume each. We then had to switch to “the one you want for school, from Target, and the one Mom wants to make you, for which you will pose for a photograph in and then put directly in the dressup bin.”

Not perfect, but homeschooling — and their growing appreciation for my ideas — really! — may change that. But, in 2012, they were Jack Pumpkinhead (with the Sawhorse) and Ozma of Oz. I did the sewing (the whole dress!), and Jack’s head, and put together his outfit. Ben made the Sawhorse and the fabrication of Ozma’s scepter and crown. 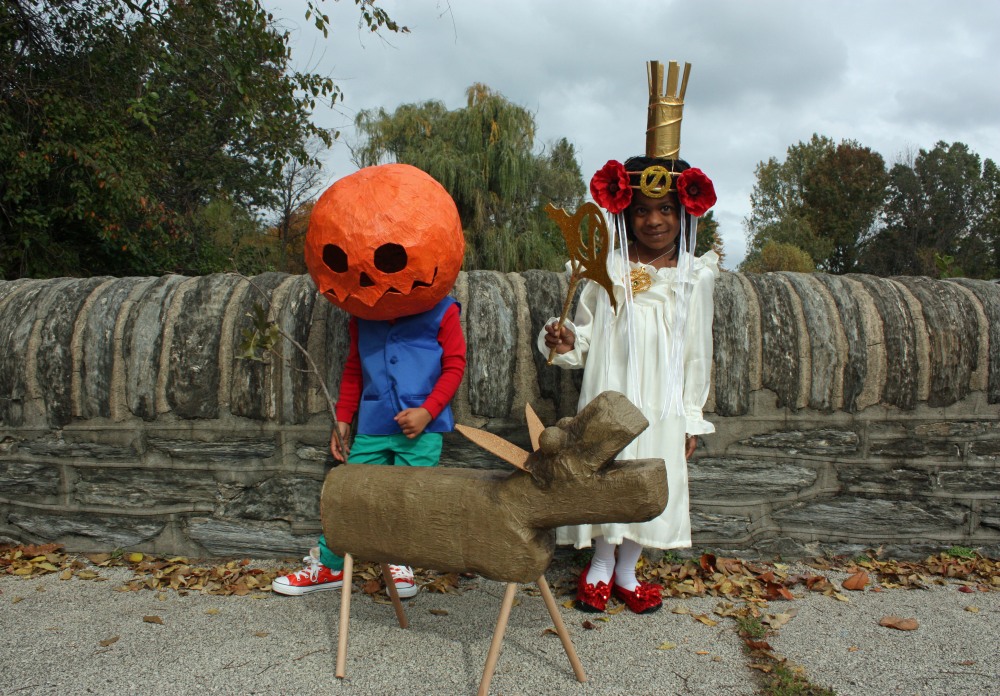 I posted pictures of them on Tumblr that Halloween night and got a comment saying “I had no idea how badly I needed to see a little black Ozma.” My heart grew ten sizes. 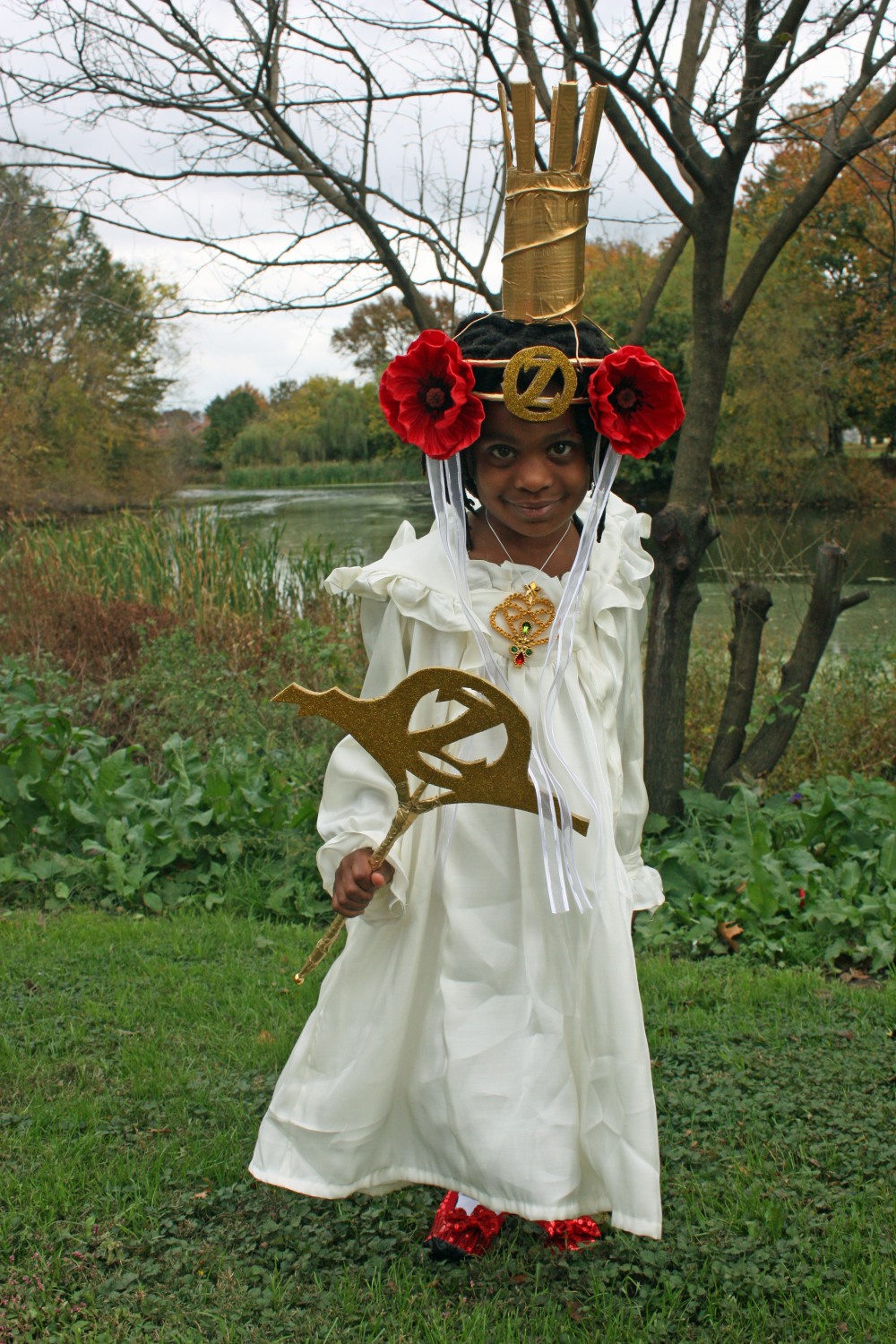 Ozma and Jack have an interesting symbiosis. Ozma is Jack’s creator/”Mother”, and as his heads rot, she carves new ones for him (not hollowing them out, as with regular Jack-o-lanterns; the pulp and seeds are his “brains”).

But even more interesting is the fact that Ozma created Jack at a time in her life when she was someone else — a boy named Tip. Devin Faraci wrote in 2013, “It’s unlikely that L. Frank Baum was writing a book about transgendered people, but Ozma works pretty well as an LGBT metaphor. Ozma lived in a boy’s body, but had been a girl all along. Tip is at first unsure that he wants to be a girl, but with the support of his friends he embraces his true self.”

Claudia’s most recent independent-reading has been George, by Alex Gino. 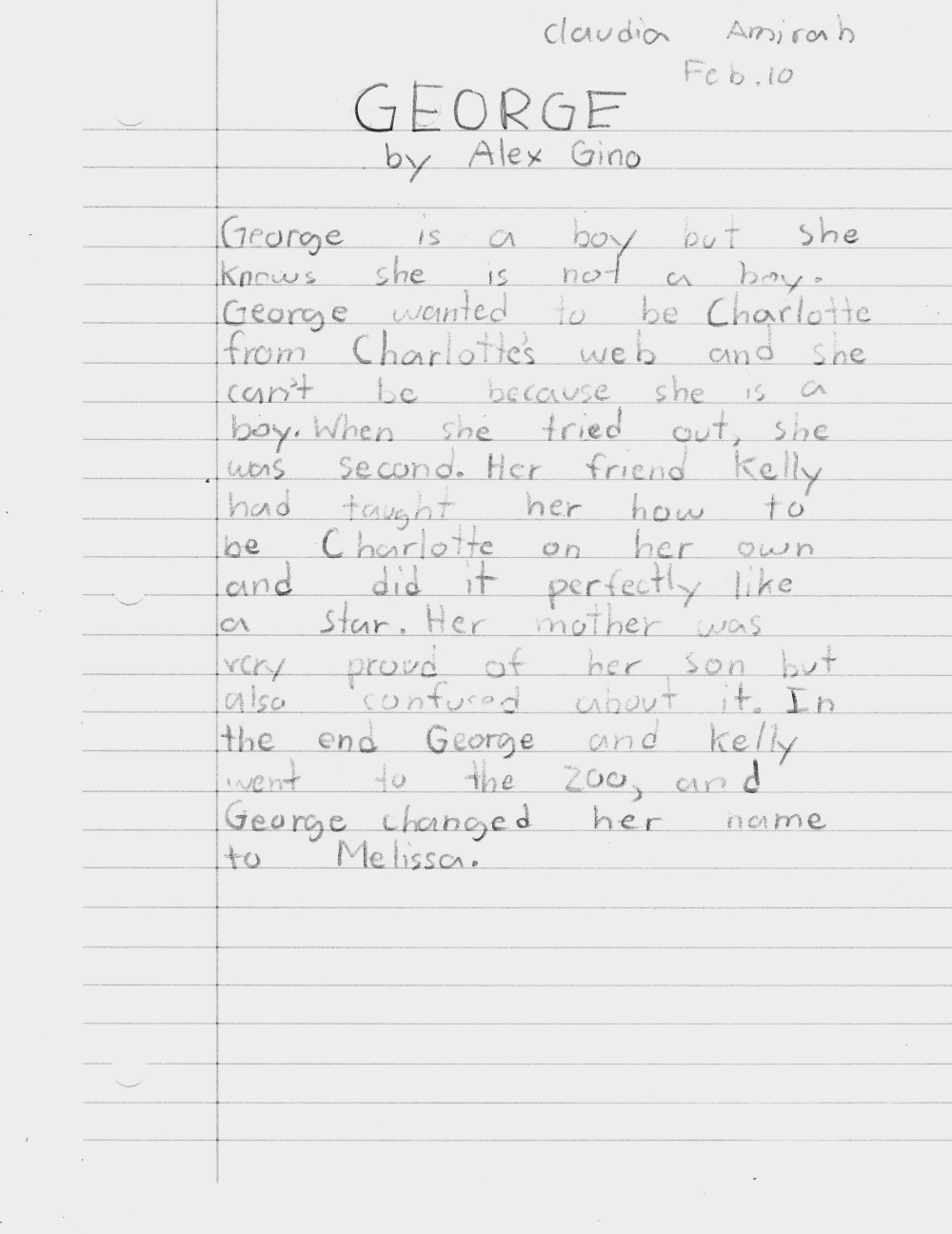