Tucker had seen that admission was free to the Constitution Center for Presidents’ Day. We’ve done very little of the stuff most people visit Philadelphia to do. So we did some. 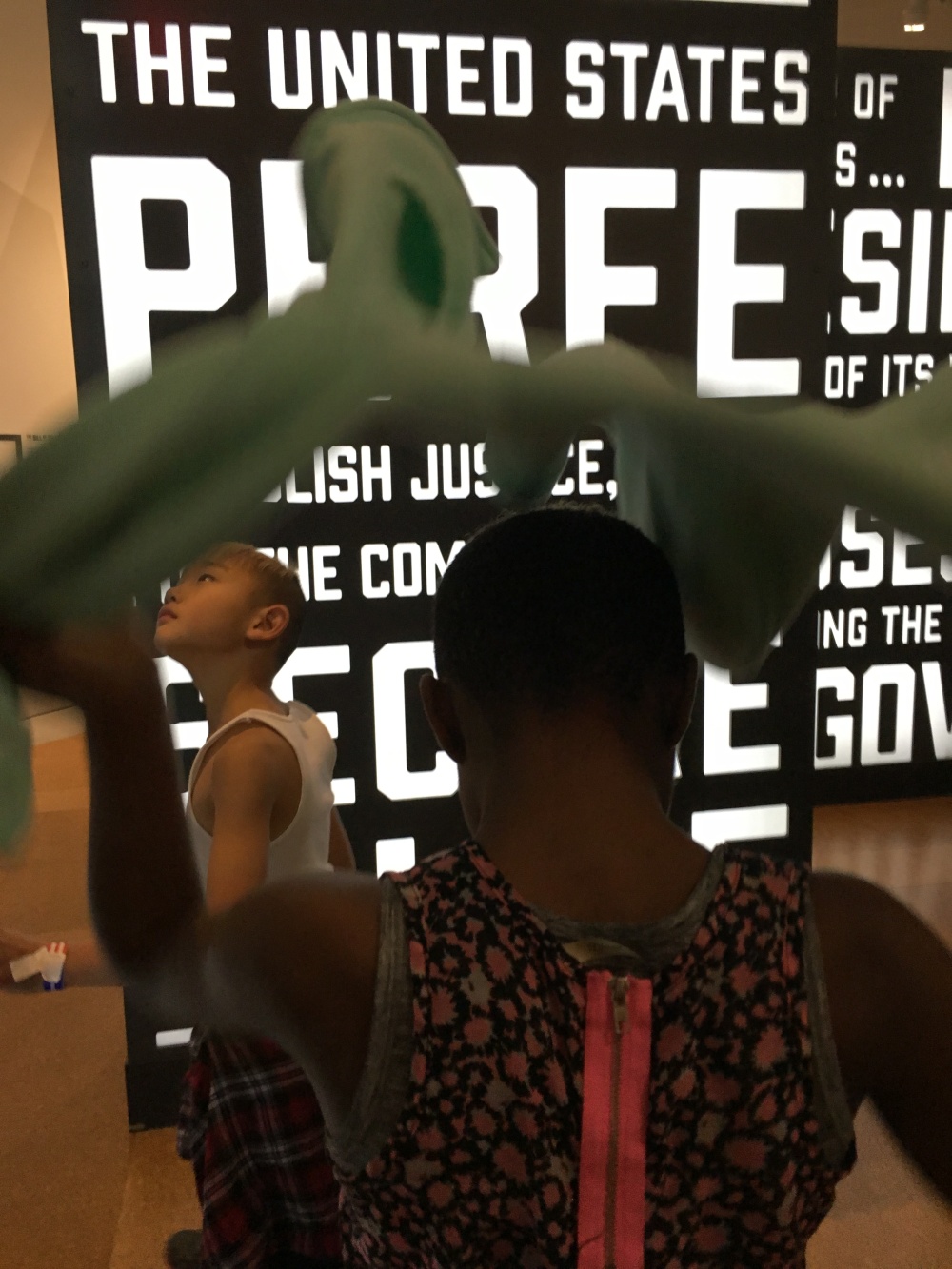 Béla kind of stole the day with this.

But when we took this picture below, we put it up on Facebook, tagging our Philadelphia Mayor Jim Kenney and the National Constitution Center, reminding them that we were taking a picture of something that, according to the current version of the Constitution, can never happen.

On a wall full of stickies suggesting ways to ratify the Constitution, I hinted subtly: 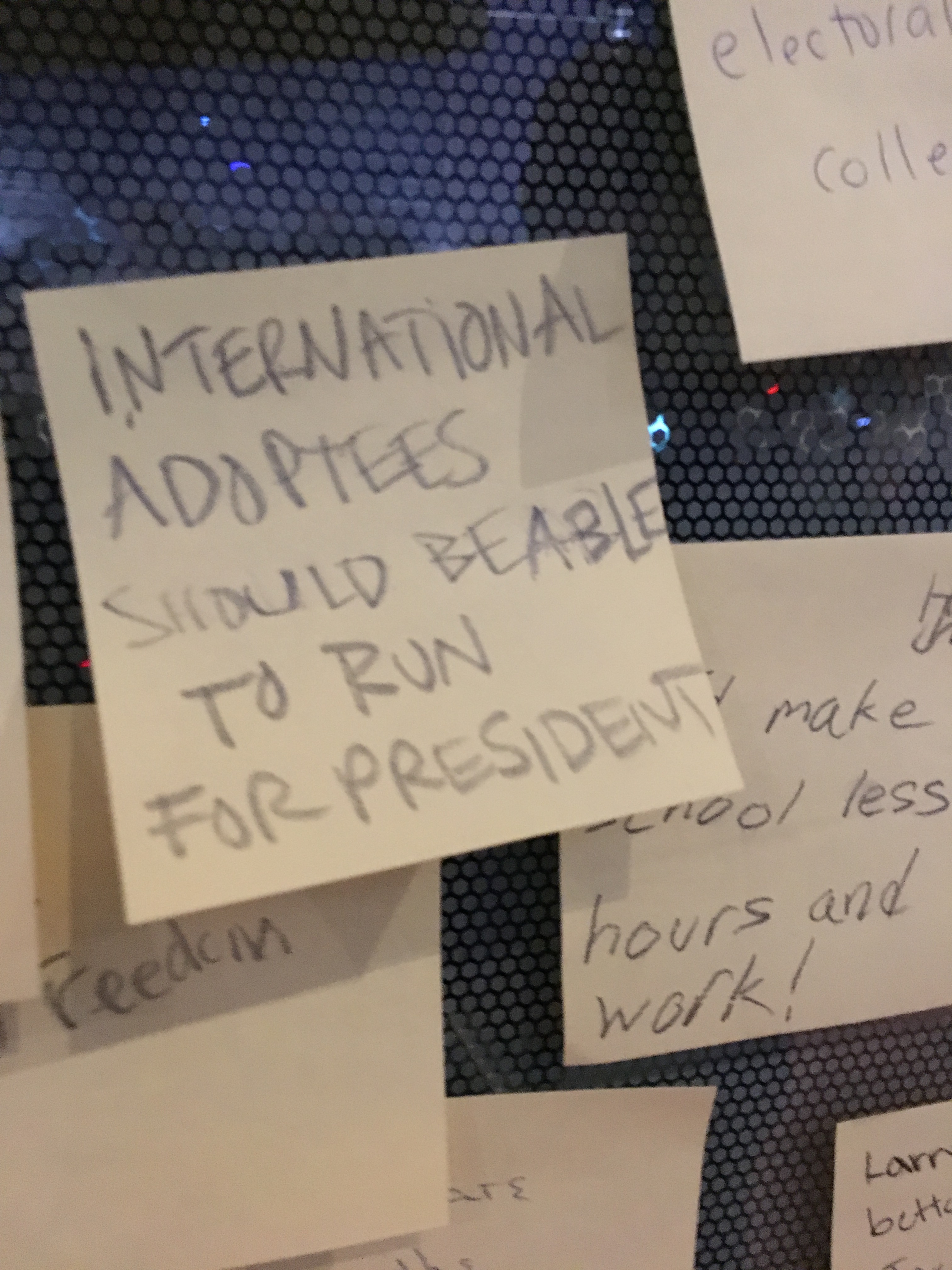 There is something interesting to note in the video below, in which Claudia took the Oath of Office with a virtual judge. She seemed to be engaged and enjoying it up until a certain word was mentioned, at which point she flung her arms in the universal gesture of “whatever”.

She got down from the podium and said to me, “I didn’t want to have to swear anything to ‘God’.” Yes ,the quotes were very clearly implied.

Monotheism has never seemed Claudia’s cup of tea, but anyway, National Constitution Center, now our eyes are on you! Wouldn’t it be great to have a workshop with international adoptees who want to run for President someday — or just have the right to do so?

We think we should have a talk about that!