We were excited to hear that the Martha Graham Cracker Cabaret was doing a special show in a wheechair-accessible space, with adaptations for vision- and hearing-impaired fans. Memie and Ow Tow (Aunt Megan and Uncle Tom) had never seen Martha. Her monthly venue is an impossibility for Memie’s wheelchair. That’s showbiz. 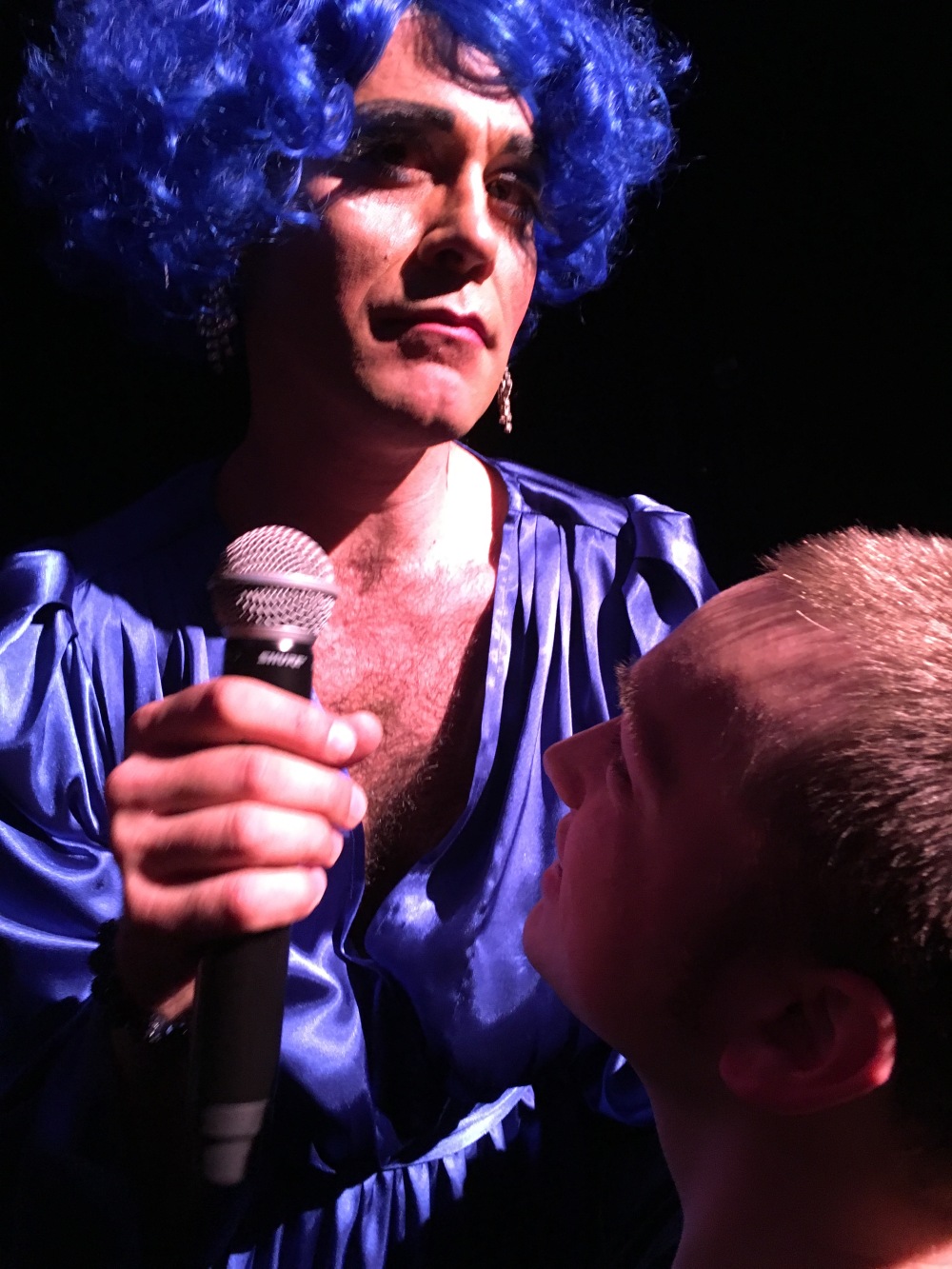 We have taken Tucker’s grandparents, (she has mobility issues, he is blind) to one of Martha’s Art Museum performances, and we cherish all of those PMA shows because not all of Martha’s shows are all-ages. The first time we saw Martha perform was at the PMA, and this photo of Béla during that performance just kills me. This is not a “That’s a very big person with very big feet and a very loud voice and I’m worried,” look — this is “She is getting way in other people’s personal space and I don’t want her over here.” 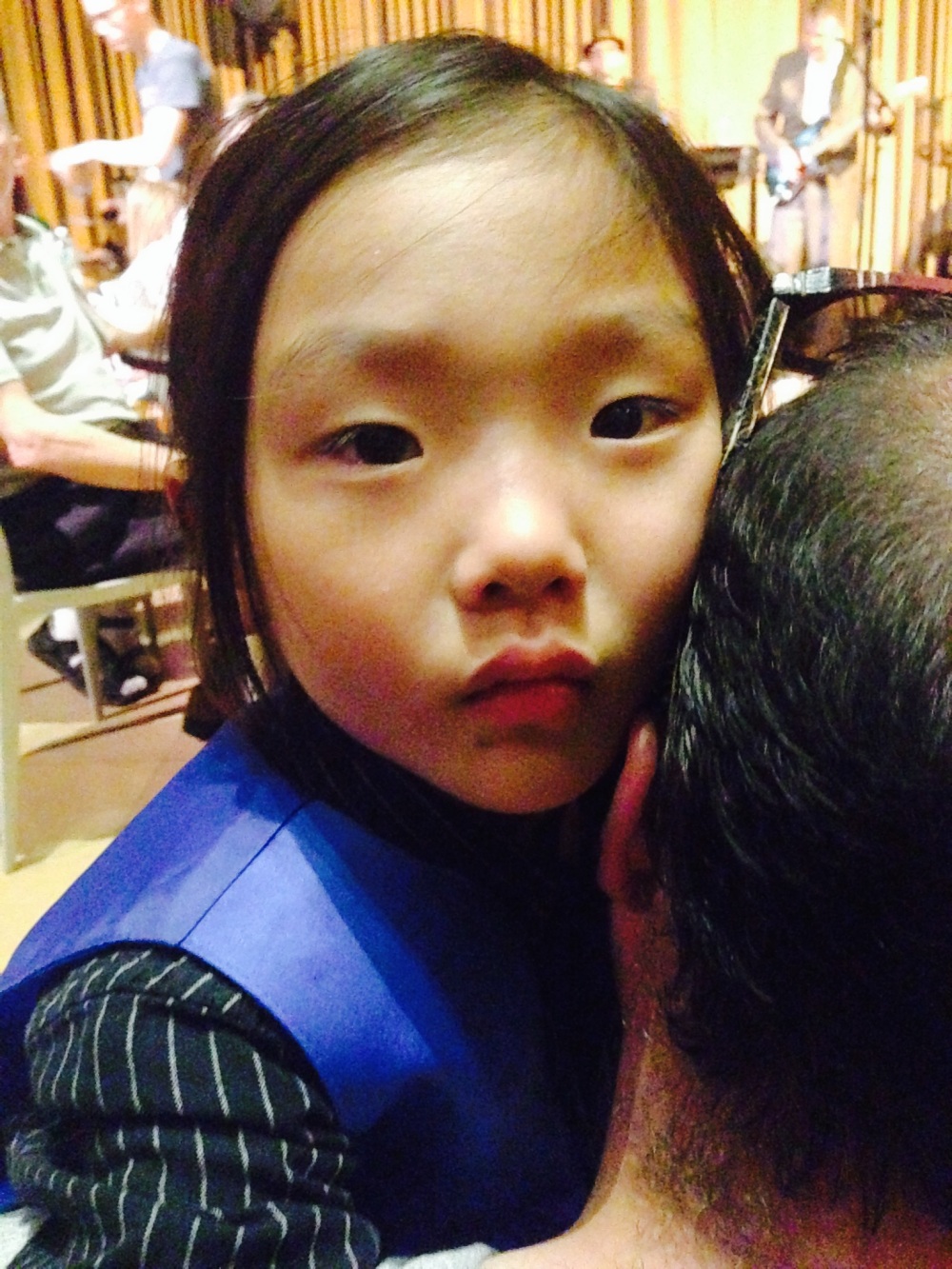 Six months later, he didn’t care if Martha got in his space or not. I will never forget this show — part of it involved a dressing rack, and Martha throwing garments off of it, and anybody who knows Béla’s laugh can imagine what that room sounded like.

But here it is 2017, and Lord Dampnut is in office, and these are bigger kids now. They each identify strongly with communities that are in peril under the current administration.

And, if you are homeschooled and go out to a show with your family, it may well be fodder for writing prompts the next day. 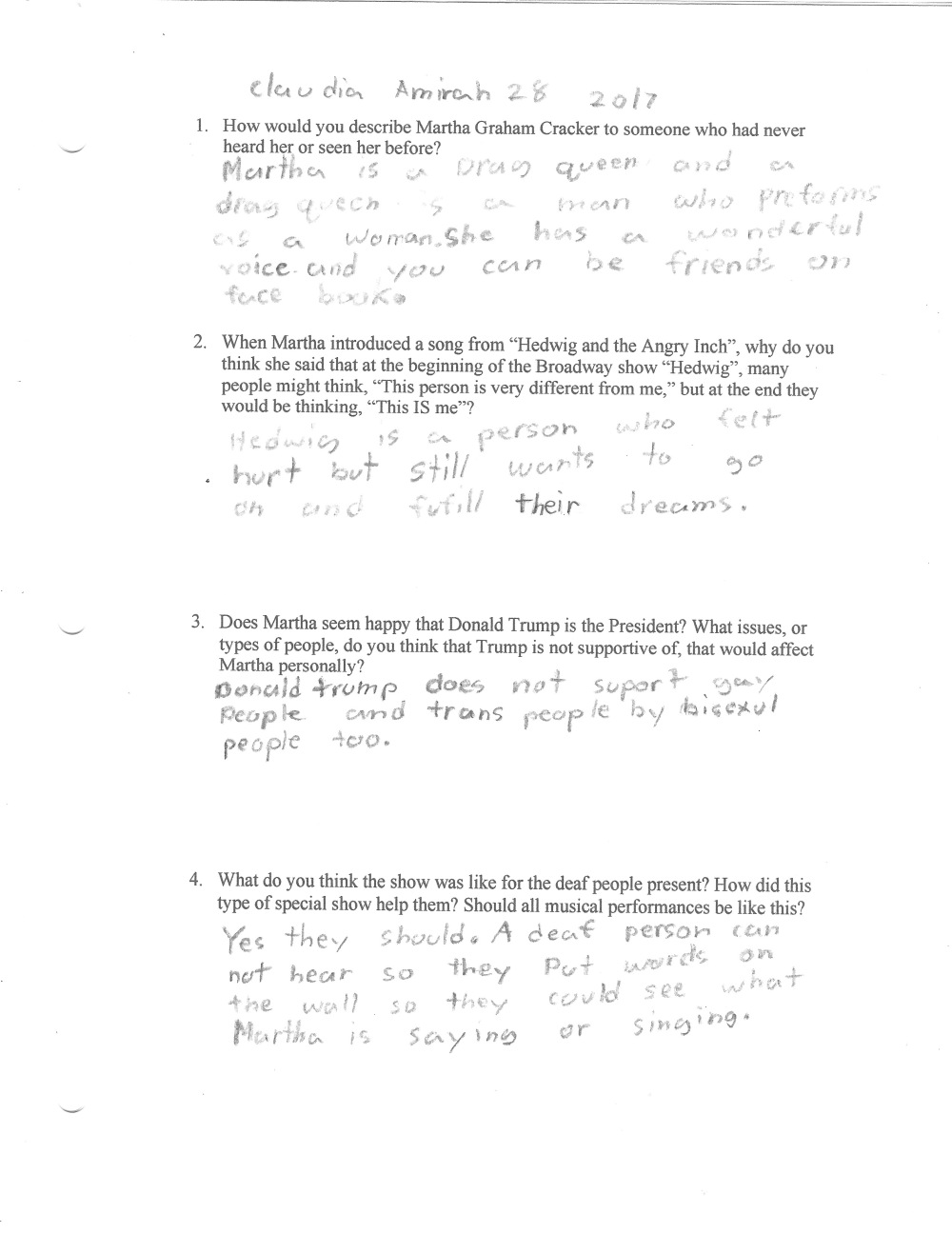 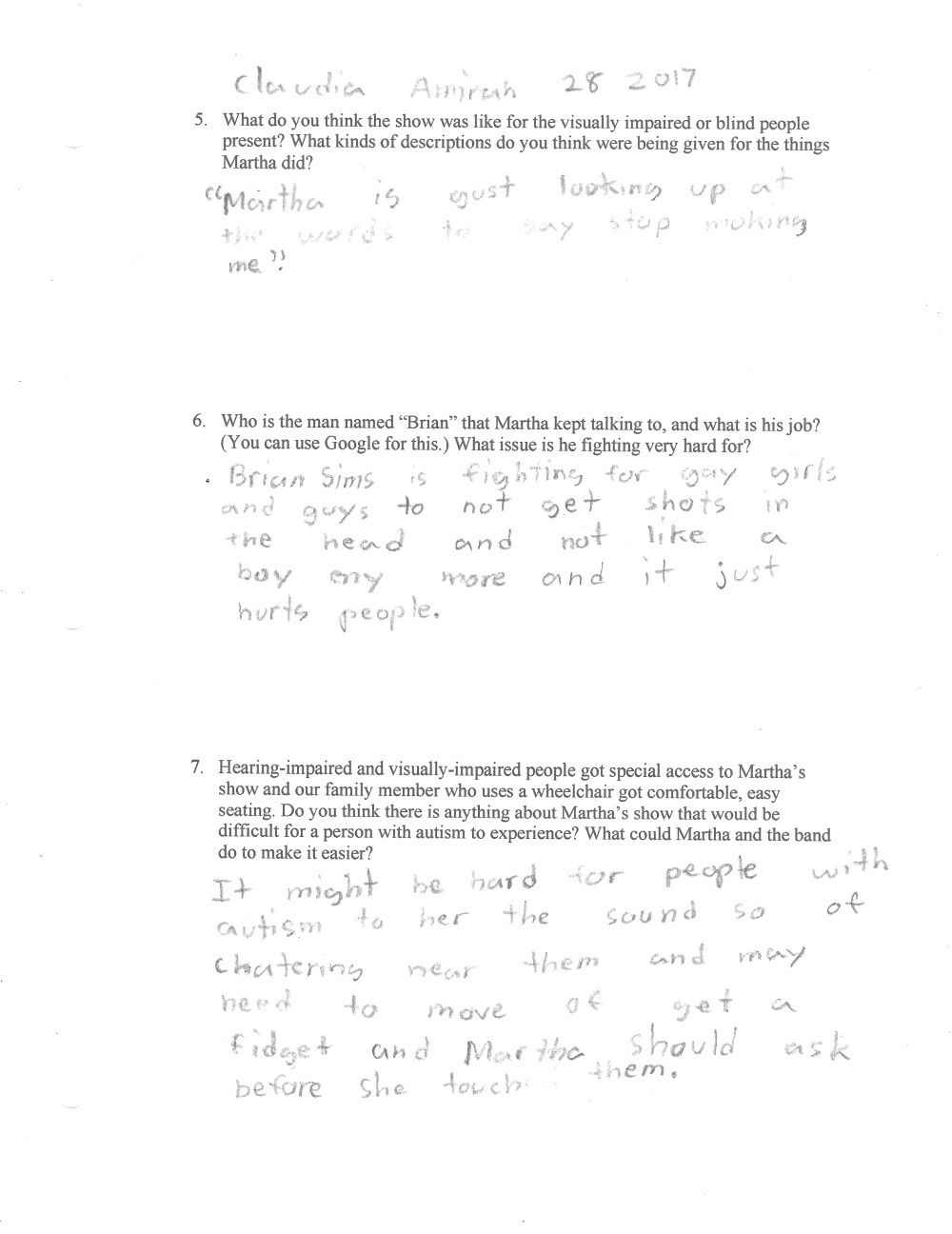 Yes, we will make sure that Claudia understands that conversion therapy, however repugnant, does not involve getting “shots in the head”.

Béla enjoyed seeing Rep. Brian Sims’ photo on Wikipedia, having seen him at the show, getting to work the siren during “War Pigs”. 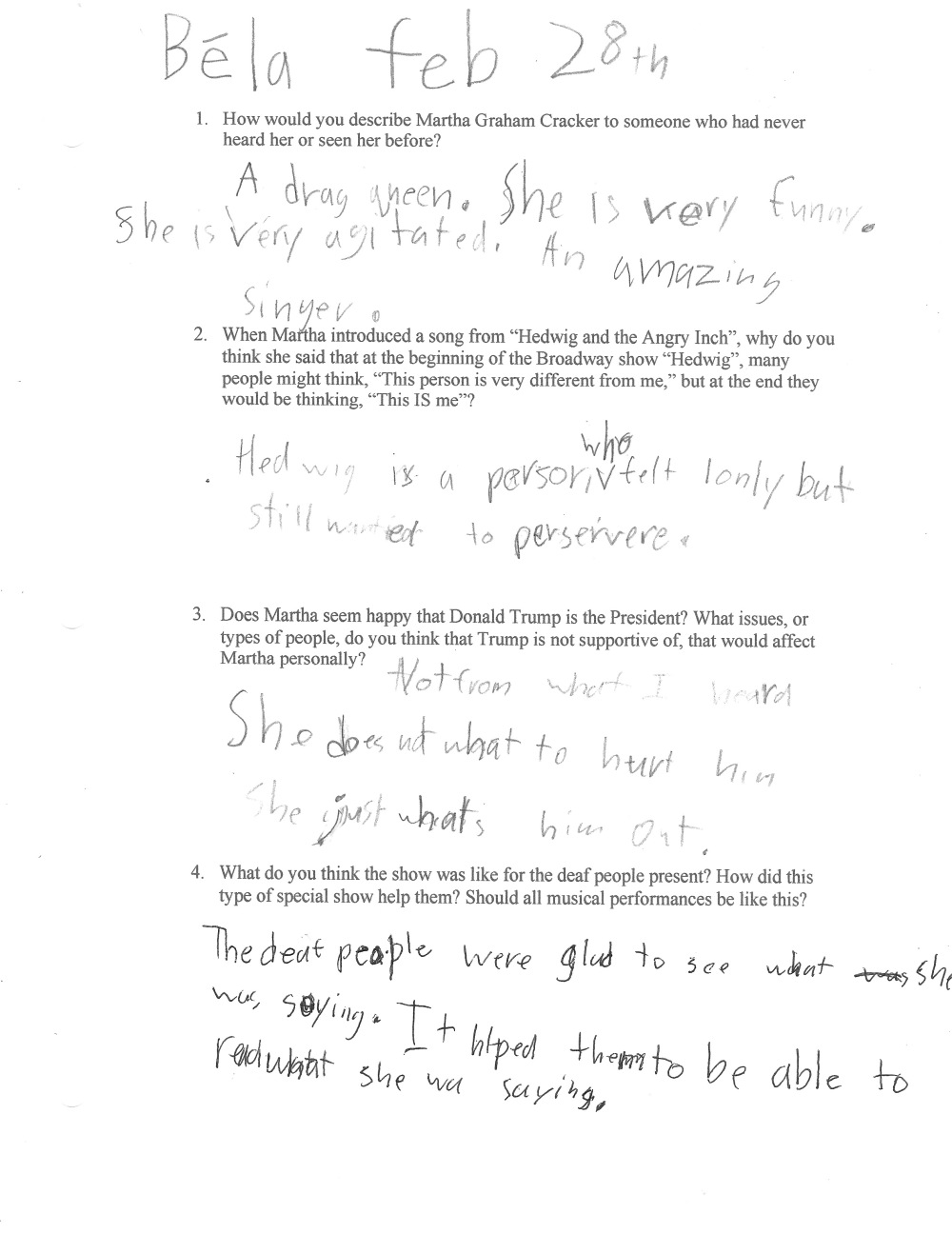 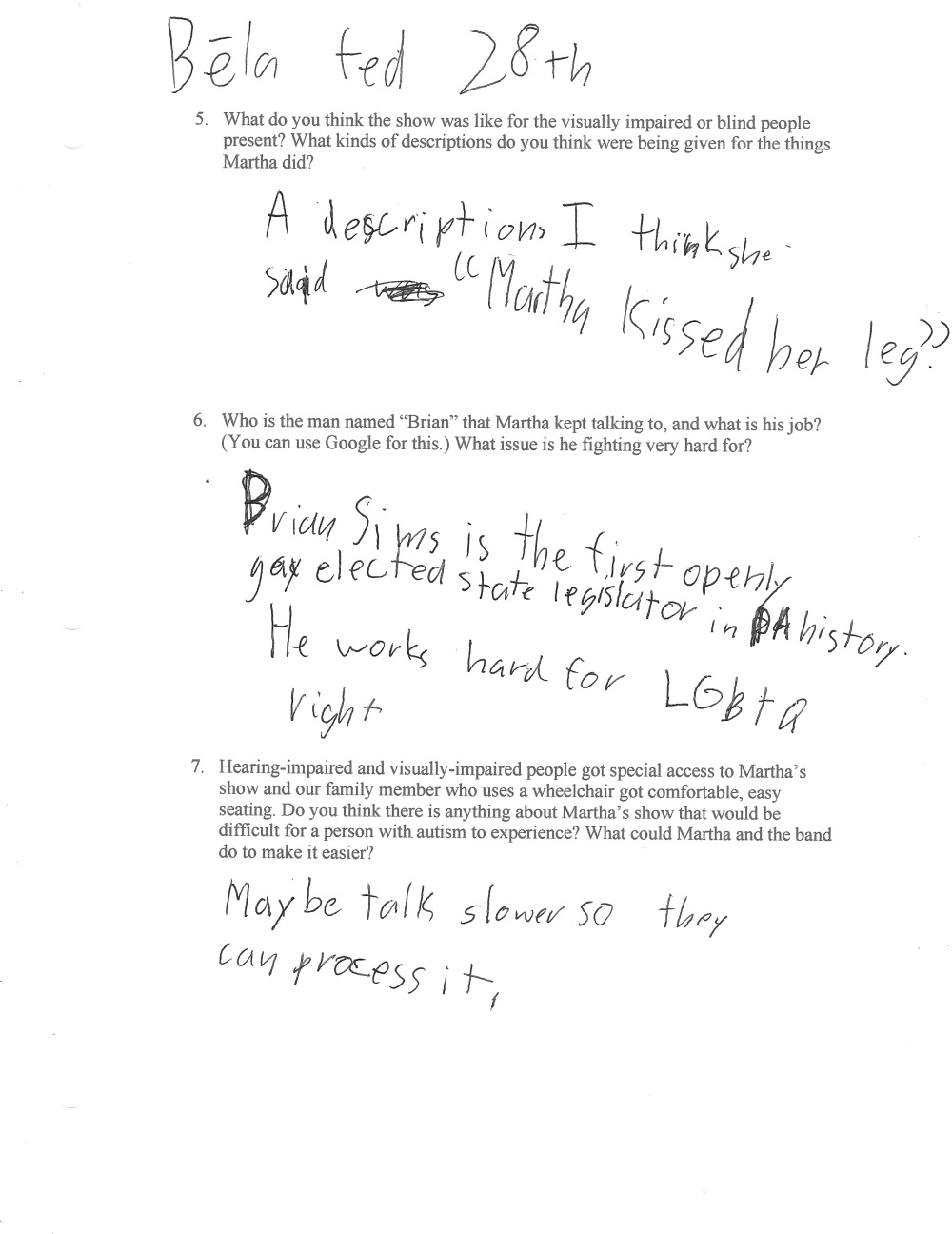 I thought it was interesting that both kids generalized their suggestions about what might make a show more “autism friendly” (and did a good job of it), knowing that neither of their suggestions was necessary for Tucker. Tucker’s skewing the data!

We are excited to hear that the Cabaret is planning more of these All-Access shows. Claudia was very taken by the ASL interpretation and I think she would like to learn more. I had a super Seventies-style book as a kid called Handtalk which introduced ASL to young kids, and I found a used copy on Amazon. We are awaiting its delivery.

And a suggestion for Martha, if she is looking for a book to keep her creative during these difficult times: When A Bully Is President. 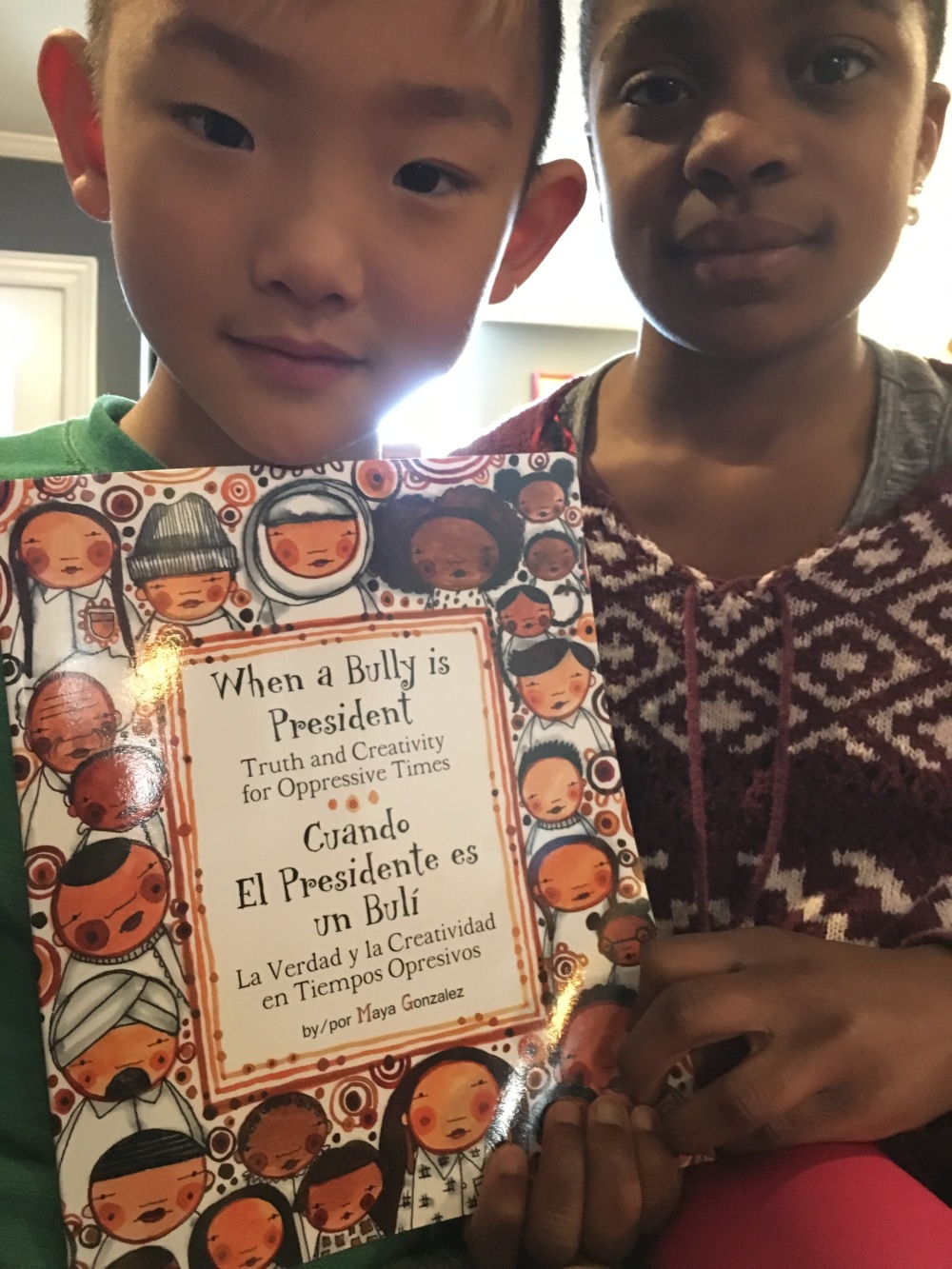 We love it, and it advocates everything we feel Martha embodies: knowing your own truth, and believing that creativity really does help to make things better.  Thank you, Martha!