As interested as my kids are in seeing “Hamilton”, tickets are still pretty hard to come by. Up until this week, the only show they had ever seen on Broadway was “Hedwig and the Angry Inch” (with Andrew Rannells. We had seen Neil Patrick Harris finish his run weeks before). They became Hedwig converts immediately and few memories in life are as strong for me as watching their eyes as Hedwig descended from the ceiling in that theater.

That day, the kids met Lena Hall (Yitzak), who told them “Some day when you’re older you’ll see this show again and wonder what your parents were thinking today!”

A touring company of “Hedwig” is in Philly for a week. A friend had posted on Facebook that there was a charity car wash for an LGBTQ youth center, where Hedwig would wash your car. 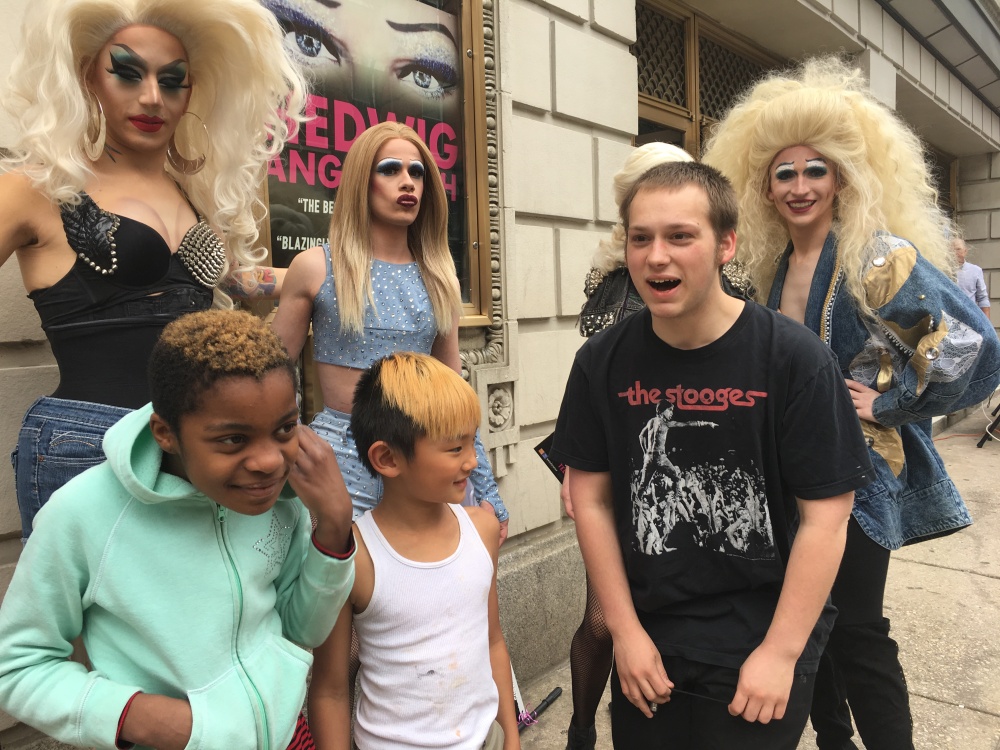 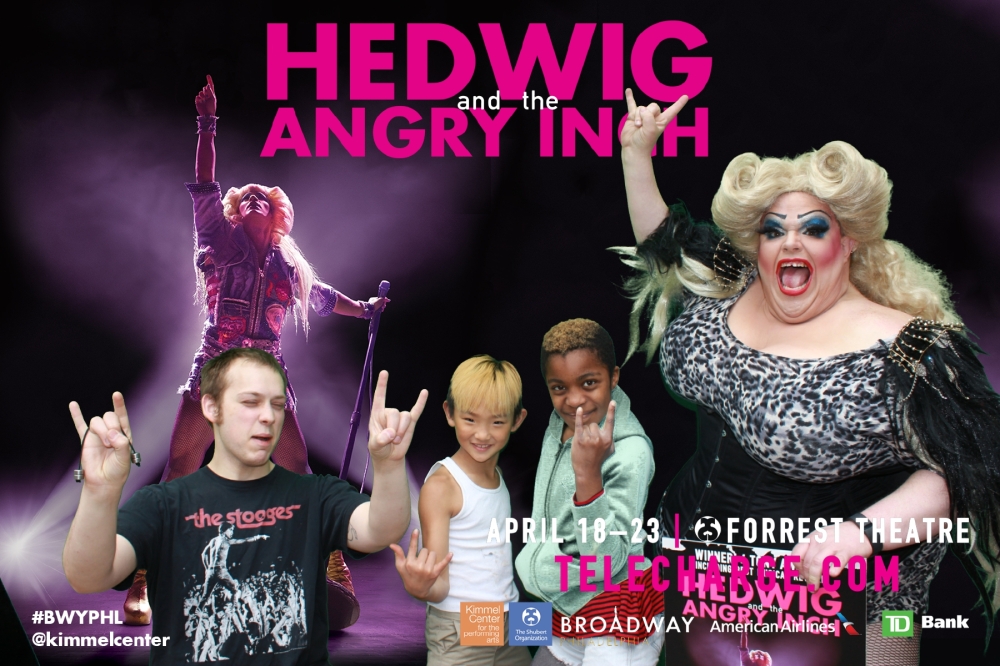 It seems perhaps we showed a certain enthusiasm and commitment to Hedwig that prompted the nice guy running the green screen pics hand us four comp tickets, plus a 30% coupon with which Ben was immediately able to get a ticket right in front of us.

So, you know, not like there’s ever enough to do in the week, so let’s go to “Hedwig” on opening night! I was excited that the role was being played by Euan Morton, whom I had seen years ago in “Taboo”.

The kids were even more excited this time around, singing loudly (I had to shush Claudia repeatedly throughout the show, but I feel that anyone is allowed to sing full voice for “Midnight Radio”.) 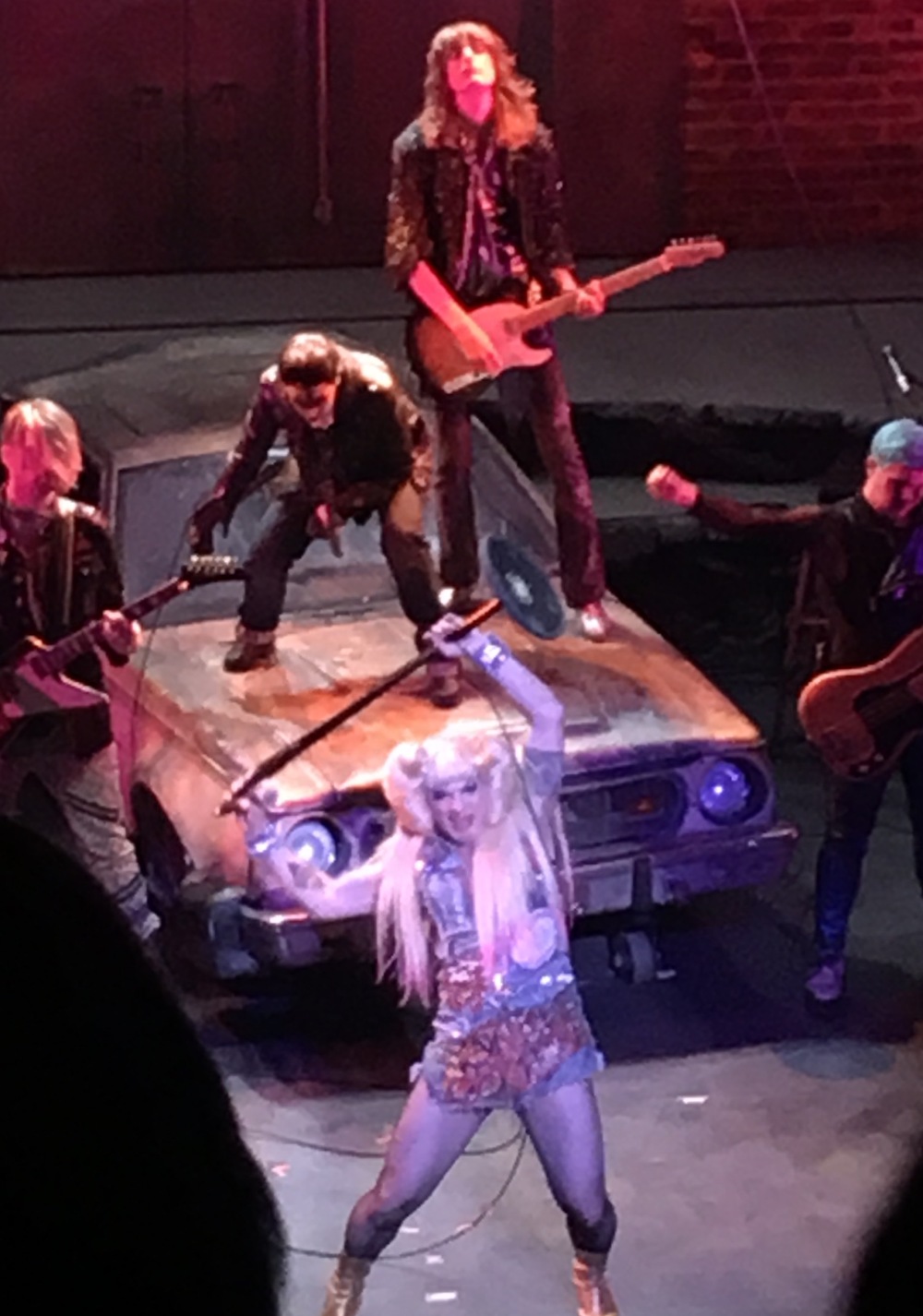 By Claudia’s metrics, more than enough people lifted up their hands for this Hedwig, and we were happy to see her again.