While it has not worked that well in the past — and therefore has not happened as often as we had planned (although it had been an integral part of me agreeing to homeschool…) the kids went to Indy Hall, Ben’s co-working space, today.

I had them fully armed with a LOT of curriculum stuff to keep them busy, plus some art stuff, and, indeed, that’s a package of floral wire.

Very little of this was needed! They did their math and not much else, as they got pulled into an Indy Hall “Show and Tell” talk about doing art outreach with veterans, and about the Mighty Writers program!

They took notes. That’s them, the ones that you can barely see over the backs of the chairs. 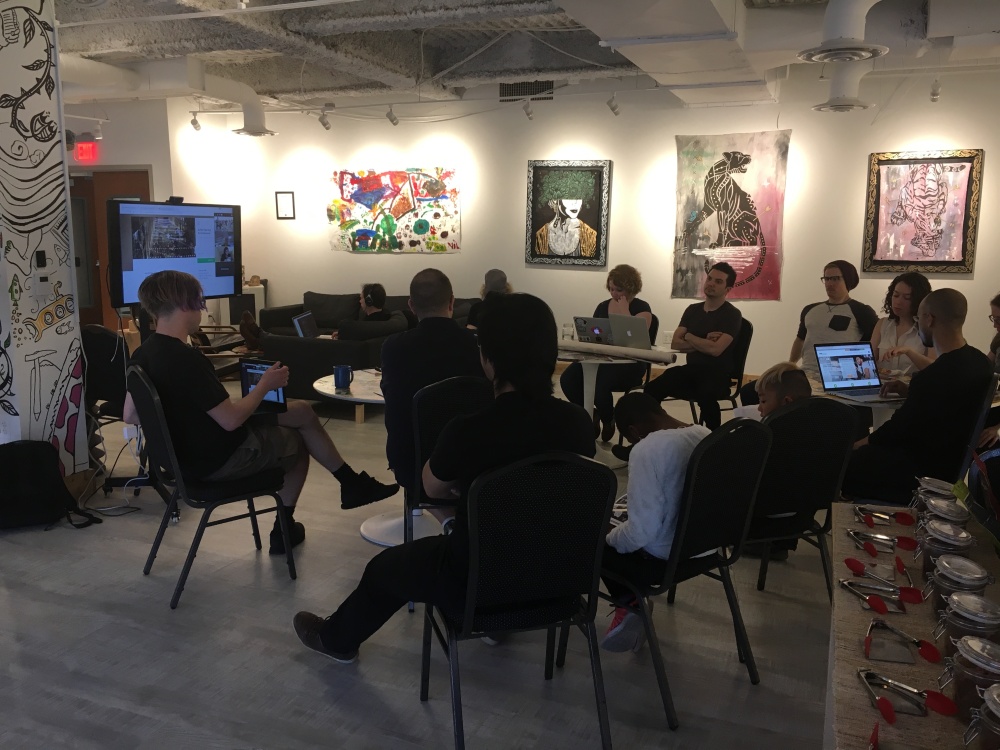 This was interesting, because I’ve never seen what they would do just taking live notes without having to stop the speaker to ask how to spell things or what was being talked about. They just gave it a good try. I see “podcasts” and “murals” seemed to be buzzwords today, and Ben reported they were having a really good time.

I was happy to just leave them with Ben until it was time for jiujitsu, but their friends were looking for them, and so Ben brought them home so they’d have some time with them — which turned into a musical lemonade stand!

Then off to the park, and the corner store, and then jiujitsu. This all bodes well for a pretty independent summer, I must say.