Last Monday, Tucker finally accepted an offer into a graduate program — one that we were all excited about. We had been waiting for that moment since September 21, the day he took his GRE. (Moments after putting his phone in his locker to take the GRE, we received the call that my father would likely die in the next 24 hours.) So this has felt like a long wait.

Tucker is Claudia and Béla’s brother, but he is is not our child. He is an adult, and, emphatically, he’s some other peoples’ child, regardless of their presence, support, or absence of it. However. Sometimes I get to play the “mom card”. A few times a year. And I REALLY wanted him to know where he was going to grad school before his commencement happened. Had-To-Know. So I breathed a huge sigh of relief.

Ever since the election, I have felt a sadness that Tucker, who is so gifted, in fields where minds like his are so needed, is literally “graduating” at a time in history where his contributions can be questioned, minimized… or not funded. And so it seemed very important that we participate in the March for Science.

By which I mean, that we make sure Tucker find a way to help the children make something to carry in the March for Science — because I don’t know what I’m doing. And all he’s doing is his last term as an undergraduate — right? He’s got plenty of free time.

Tucker now knows that if you’re going to commit to making molecule models on a deadline, stick with those under maybe fifty atoms each?… melanin was not so bad, but he was still working at dawn on Saturday on oxytocin. (And yes. He had been working on it from the time we got home from Jang Kiha, until dawn, then slept a few hours and went to the March.)

But he made sure it was ready.

We certainly had hoped to be up to par with the other creative elements of the march — after all, we are a parade family — but wow, the kids were literally doing an interview with an Associated Press photographer/reporter before we were entirely out of the Uber.

There wasn’t anything like their molecular models anywhere else in the March, and it was lucky that they had their cheat-sheet lab coats on so that they could inform the many people who asked, that they were Oxytocin and Melanin.

They really did get a lot of attention. 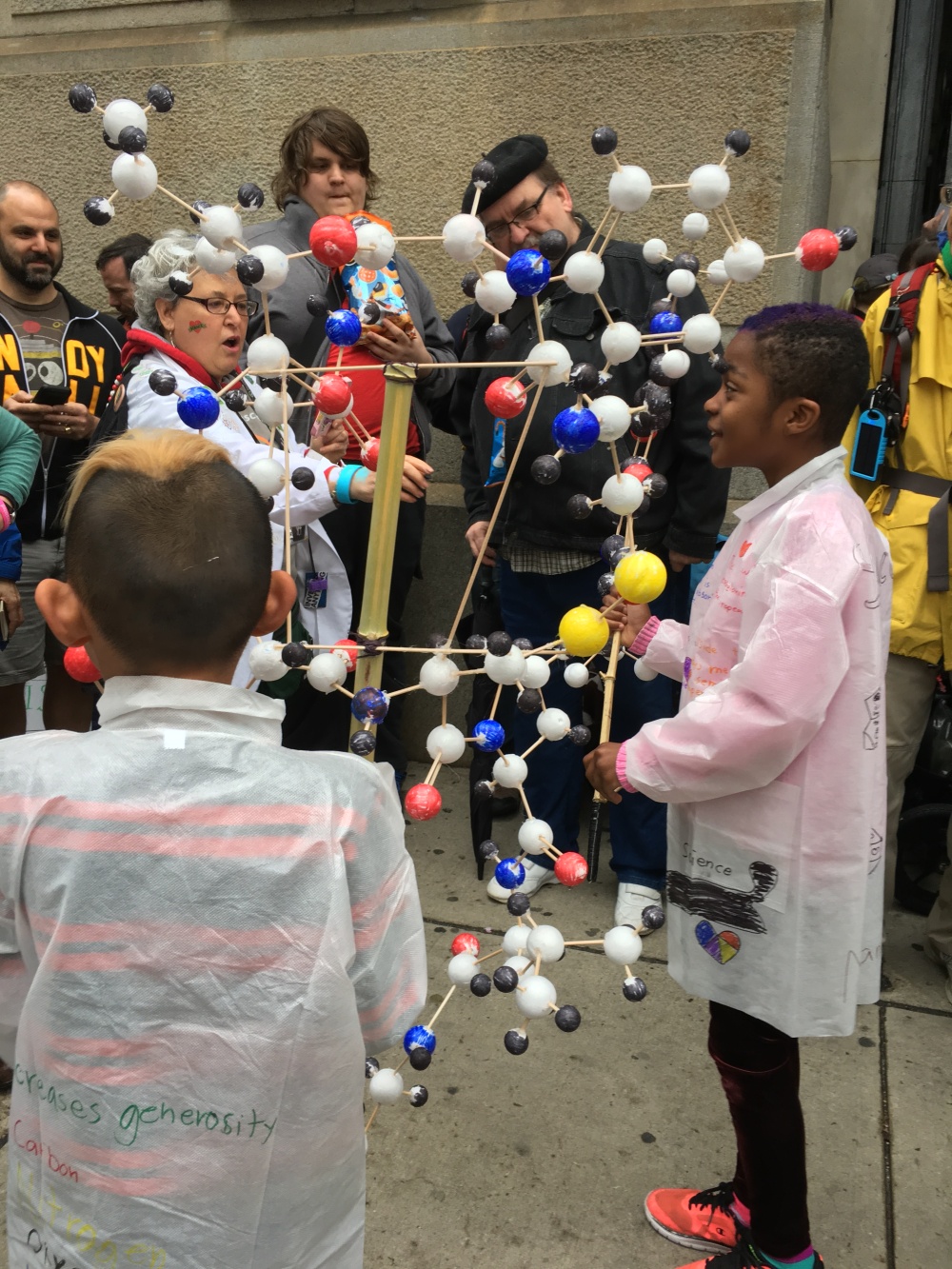 We marched all the way to Penn’s Landing, at which point it started to rain heavily. We ran into Rodney Anonymous from the Dead Milkmen…

And then participated in another interview with the local PBS affiliate, which we found in print only hours later (with a funny misunderstanding of our rather complex surname situation.) Tucker was quoted well. And since for us, this was about Tucker, we were proud for him. (Also, the interviewer had also been homeschooled, which the kids seemed to think was extra cool.) 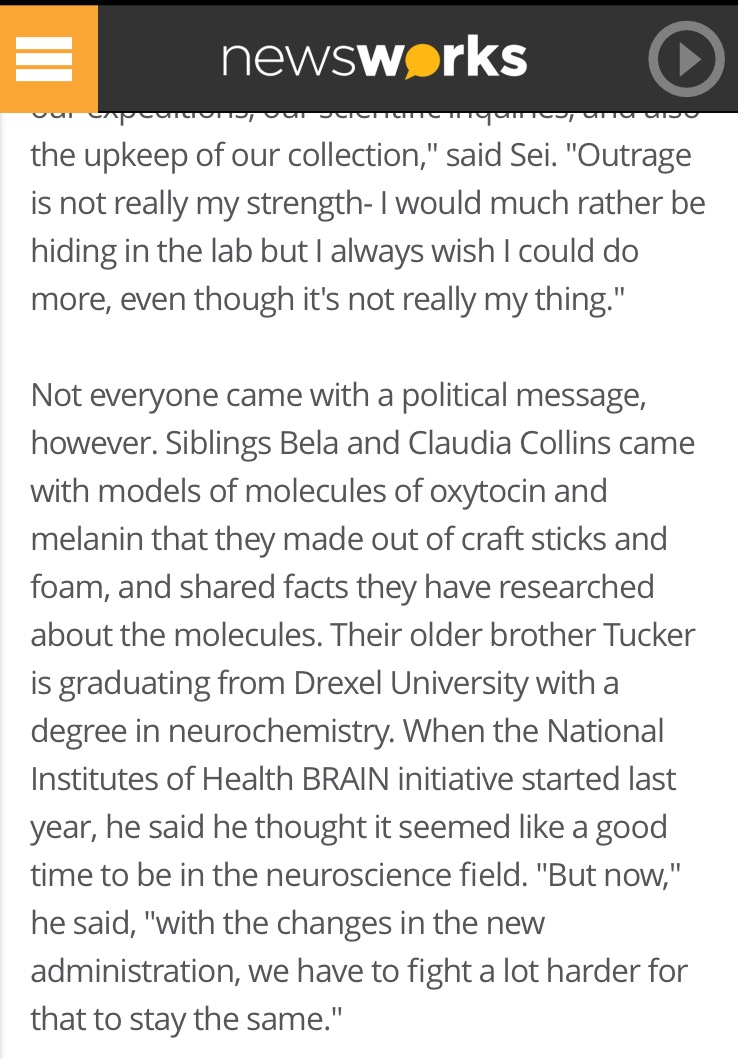 We marched to show that we believe that Tucker will have a long, comfortable, fruitful career and life ahead of him, where his work will be respected (and funded).

We are not going to let anything stop that. We didn’t kidnap him and keep him chained in the basement these four years for nothing!!!