The 2016-17 school year is officially over. Claudia and Béla are now fourth and third graders.

Last night they went to see Wonder Woman with Dad and Needles. That, in fact, was the last entry in the Excel spreadsheet of their schoolyear.

Today, both Béla and I slept till noon (Claudia was happily on Planet Claudia in her own room.) When they dressed, they headed out to let neighbor friends know that they were finished school for the year and would be around more, but their friends were right there in the park! So they pitched a tent, got a bunch of junk from the corner store, and were “marooned on an island” for a few hours. (It all seemed like very Seventies summer activity — like the summers of my childhood.)

Our homeschool evaluator came around six, and within an hour or so ,we were signed off. We had done it! WE DID IT! WE HOMESCHOOLED!!!

Now, while our year is “finished”, not everything we planned to FINISH for the year is quite finished. As Tuck says, no need to get whiplash finishing everything all at once. So there are still some loose ends to tie up. And, I plan to begin counting hours again in July, as soon as the District’s year turns over. (It seems we will ALWAYS be way over in our hours, but I see no reason not to, and it helps me keep track of what we are doing.) We won’t be doing curriculum or anything TOO overtly academic, but we will still be doing plenty.

Still, it did feel like the End of the Year, and so to Dave and Buster’s we went. (Some stayed longer than others.) 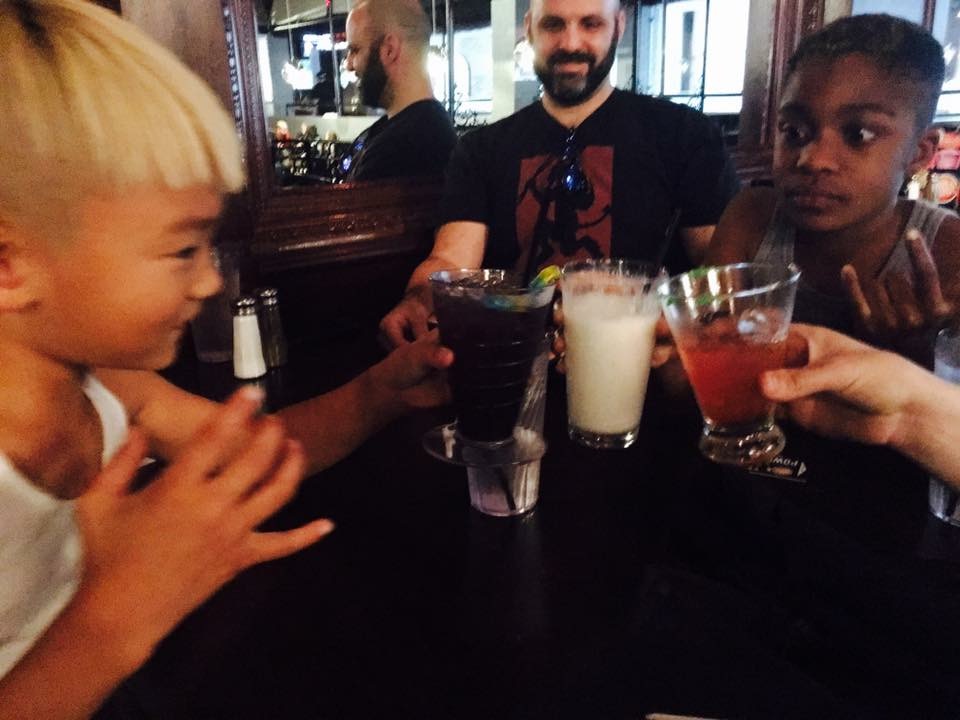 A toast to a year fulfilled. They are more independent than ever before. They know we will never let them grind out their lives day by day in an environment in which they do not thrive. I know them better than I ever did. They met wonderful people. They WERE wonderful people. We laid foundations for growth opportunities in our community that we never would have had otherwise.

Here is to an exciting summer, with much planned… but no more today.

*we found out from a friend — almost without a doubt the reason I had so much trouble in Hershey was the altitude. Bad for both migraines and seizures. Will be taking compressed oxygen to Woodstock for Frank Zappa camp.