We’d had a big plan in the works for a while… in fact, I had hoped to do this LAST summer. But when we found out that the Paul Green Rock Academy would be having a week-long camp with Ike Willis of Frank Zappa’s Mothers of Invention, we knew it was worth a week away from home.

Ben found us an absolute fairy-tale cottage in the woods (seriously, the woods),

and it was just a ten minute walk from the main drag of Woodstock. On our first full day there, the kids joined in the community drum circle, which we saw being prepared for with literally wheelbarrows full of communal drums.

On Monday morning, though, it was time to start camp. And to meet Paul, whom the kids had only seen on screen, and heard about in stories from Tucker. Here we see Claudia reacting to the idea of being left with this person in charge.

Little bit of a hard transition for Béla, unsurprisingly. (Could have been the concussion, could have been being stranded on 212 in the middle of nowhere with total strangers.) They both ended up doing really well and having a wonderful time.

When not at camp, the kids played Ticket to Ride, and made chain maille bracelets for Ike, Paul and Callie at PGRA. 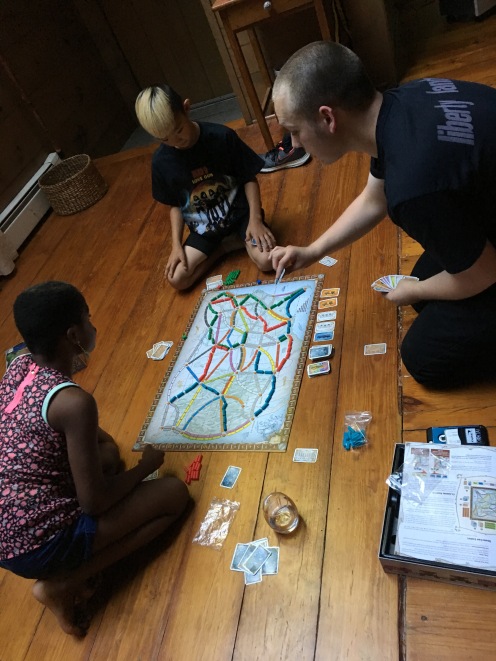 On the Fourth of July, we had a LOT of meat, and s’mores, and corn. Tucker tried to make homemade “snakes” fireworks, but it only kinda worked, and it did not have that great Seventies black snake pellet smell. Still, we tried.

We walked in the woods and stream near the house and watched the old BBC children’s folk-horror miniseries “Children of the Stones”. Now the kids know what standing stones are, and are hoping to see some. 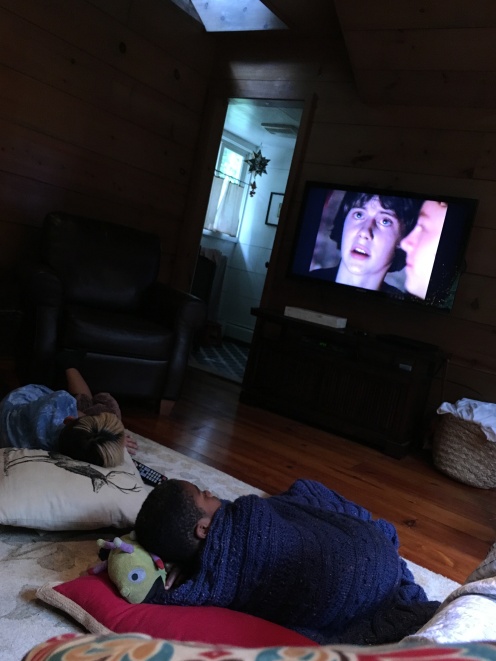 Of course, preparing for Friday’s show took a lot of work. Here are the lyrics to the song Claudia was writing to sing (she also sang backup on Zappa’s “I’m the Slime”). She found pieces of her stage outfit at a vintage table at the Woodstock Farmers’ Market, and more at the Target in Kingston. 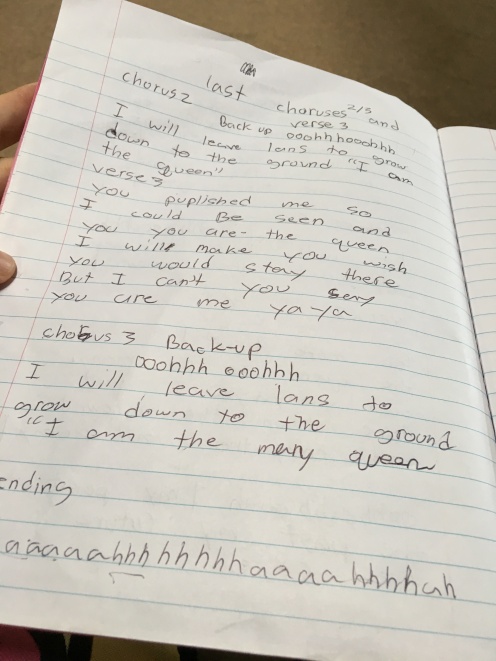 There was a show at the school on Friday afternoon — here’s Béla drumming!

Then it was off to Kingston for the show in the club! Everyone was a little more nervous (particularly obvious in Béla’s tempo), but they both did great and we were super proud of them both.

(This video would only load sideways so I have embedded it here from YouTube.)

After their set, the kids mostly played tabletop games outside a candy shop. While being urged to go back in and see some of Ike’s set or Paul would yell at her, Claudia is saying in the photo on the left, “I don’t care if Paul yells at me. It’ll be a lifetime experience.” (She also enjoyed some of Ike’s set and really loved her time with him.) 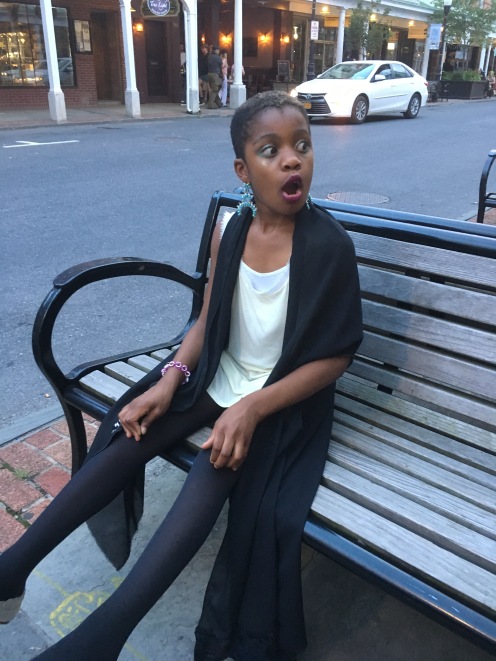 We are extremely grateful to both Ike Willis and Paul Green, and are happy to now carry on what Tucker brought to us — a family tradition of working with Paul. 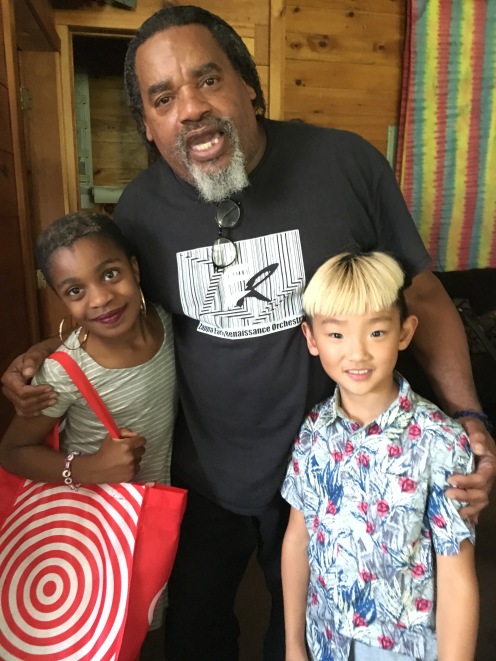 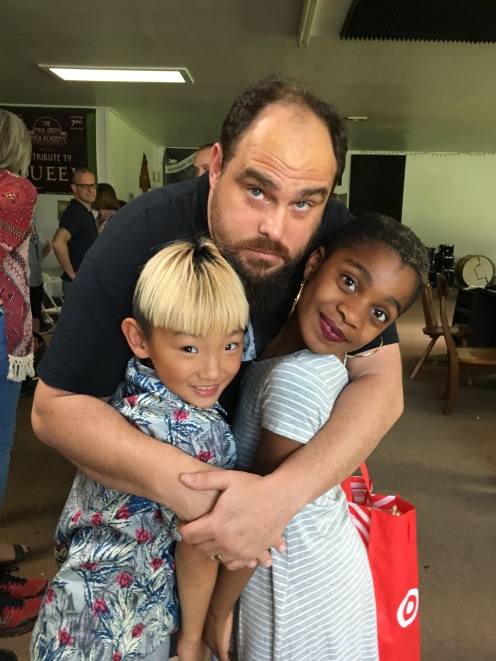