It could have started off on the wrong foot entirely. Having had a medication reaction and in the midst of a rather extended period of pain-induced insomnia (I woke up on Sunday morning and did not sleep again until Tuesday night), being chipper and ready to start learning on Tuesday morning did not seem a possibility.

And, it wasn’t. We didn’t get going until after noon.

It was a wonderful day.

Out of the 990 hours required to complete for homeschooling in Philly, it was fun to tell both of the kids how many they had actually logged already since July 1st. For Béla, about 230; Claudia, 260. (That thirty hour difference is in that Claudia is now an official compulsive bookworm, reading into the early hours of the morning, reading at the table, etc.)

They were so excited to see their new math and Latin curricula. We made a little paper diorama of Delia Derbyshire and planned to discuss her work. We got sidetracked and watched the video for R.E.M’s “South Central Rain (“I’m Sorry”) which was pretty emotionally momentous for me.

By mid-afternoon — quite as though it was something I should have known about — C. and B. started telling me about the movie they were planning to write, direct, and star in. I wrote it on the project whiteboard. And then, being really sleep deprived and my face falling off “Singing Detective”-style, I got on the phone with my doctor, while Claudia started writing a script, and Béla started building props. Then they rehearsed. They spent a total of four hours on their own doing all this (the discovery of a roll of grip tape seemed to keep them extra enthused). 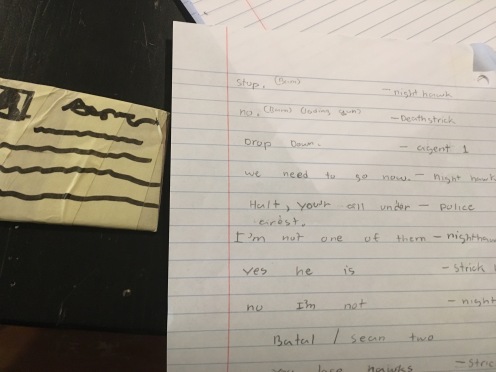 We got my medication sorted and by that night I was sitting happily in bed searching for Ultraman stuff for B.’s birthday.

Waking up on Wednesday, I was ready to be on hand while the kids:

roped some other folks into the movie

and made s’mores in the kitchen. 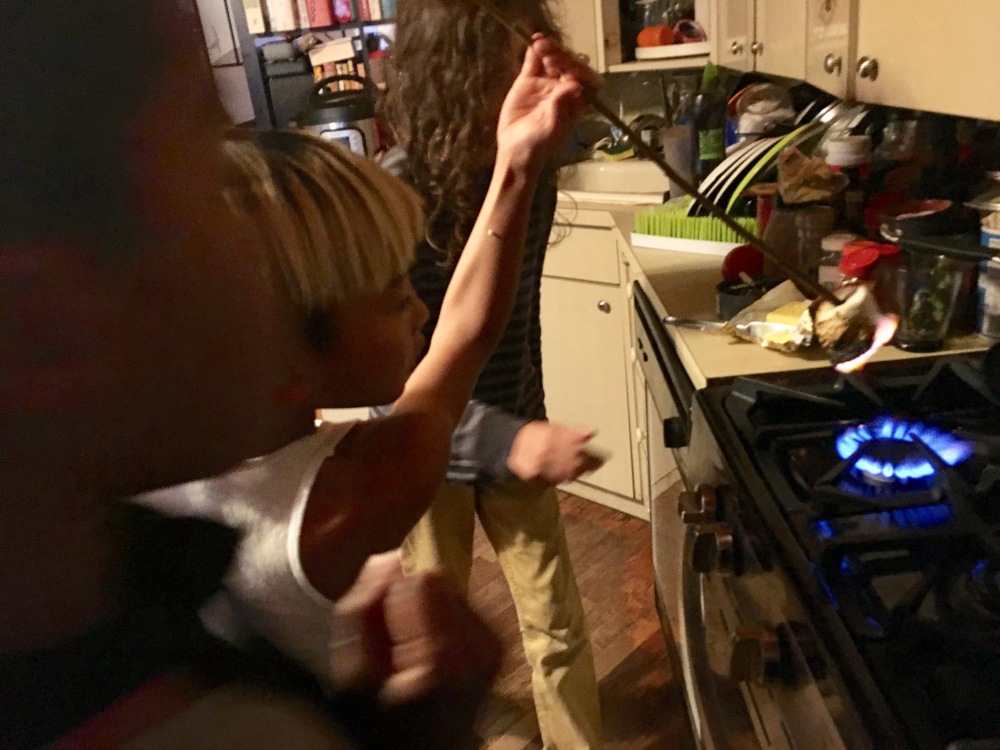 Claude and Béla also had their first rehearsal for the Ska show at School of Rock. We had ska treats to share.

The kids may as well have slept over at SoR because we were back at noon the next day for the launch of Rock Band By Day, the homeschooler performance program that we started! It could NOT have gone better.

That would have been exciting enough, but that evening, a surprise we have been holding in for a while was finally allowed to be shared — the release of the Philadelphia Eagles hype video (start paying attention around the 55 second mark.) Béla drummed for four hours straight that day, and Claudia did Claudia (actually, Claudia did Iggy Pop). The shooting was hard work and we are really proud of them. They know what a grind this kind of thing is and they have a better idea all the time how much of it they want to do.

And on Friday we went to the Museum of the American Revolution with friends. I did not expect to have such an emotional experience there but the Washington War Tent is amazing.

And I did really love the cross stitch exhibit, since it is something we talked about doing this year — an embroidery or cross-stitch sampler of what this year’s learning looks like.

Our weekends are hardly “weekends” anymore — although the kids went to a street festival (our own street, and run by the police station), they also had lessons at School of Rock and Ted-Ed club. Claudia also began a Broadway dance class and a West African dance class. Béla resumed b-boy classes tonight. Now we know what a full week looks like… although I think one or two more weekly activities are being added in.

I am really proud of how self-motivated they have been in the past week, and how independent. Béla’s handwriting has improved tremendously. Claudia is less resistant to math. They are meeting new kids all the time and seem as happy and confident as I have ever known them to be. I am certainly remembering how little time for self-care there is when homeschooling, but hoping to address that more effectively this year as well. I am really happy with the start we have made.