Some homeschooled girls we know started a comic-drawing club that meets once a week at Amalgam Comics. We often go far too long WITHOUT getting to Amalgam, so this is a great opportunity to get up and out of the house on Tuesday mornings — and has been great for the kids. 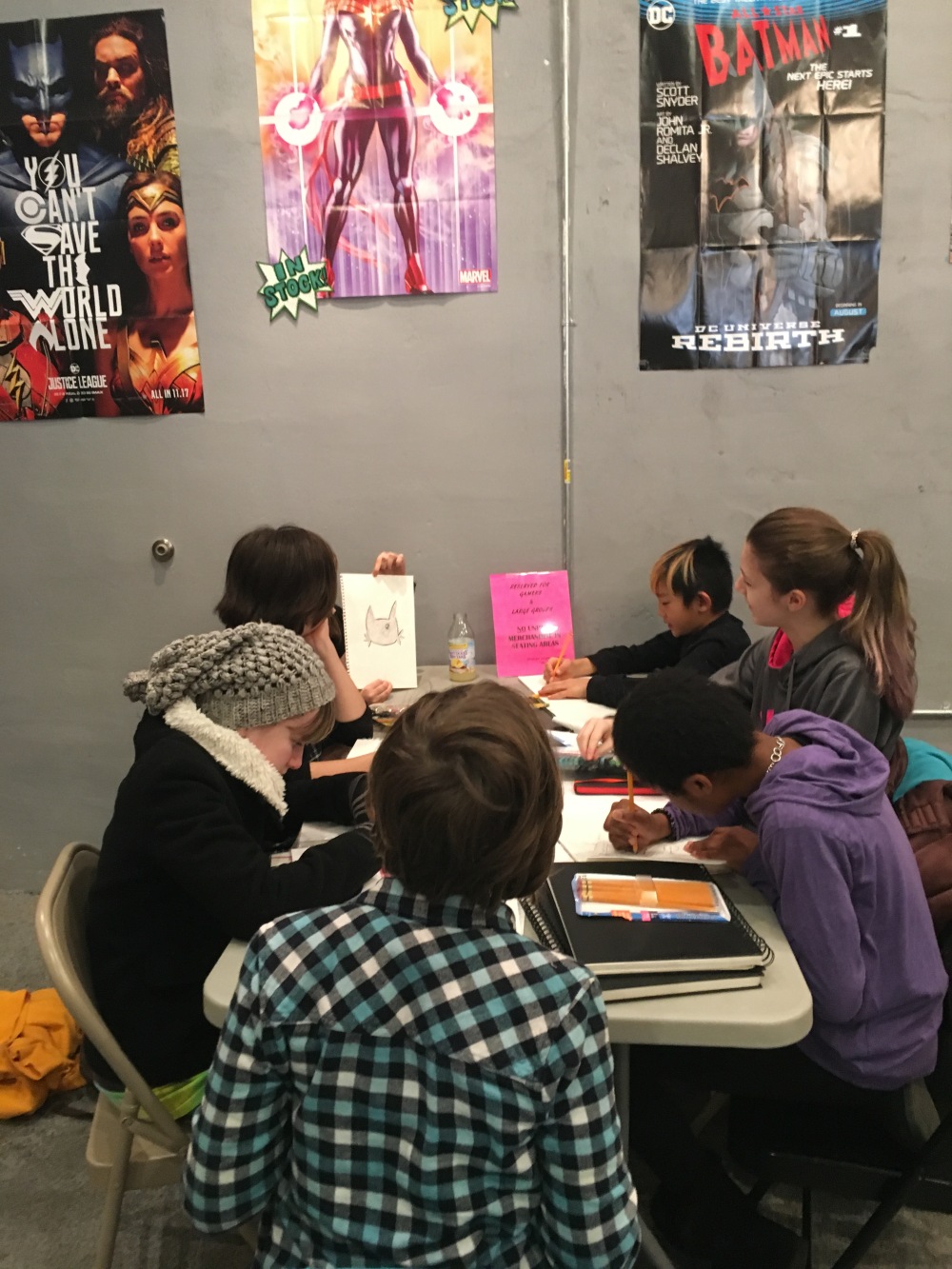 Béla is working on a pretty complex narrative for his “Murder in the House” comic. He is using the comic/manga layout tablets I got them over a year ago (look how long it has been since anything was posted in the “comic books” category up until now) — AND, we have been shown a “non-photo blue” pencil, so now we understand why the lines and boxes in the tablets are that weird color. 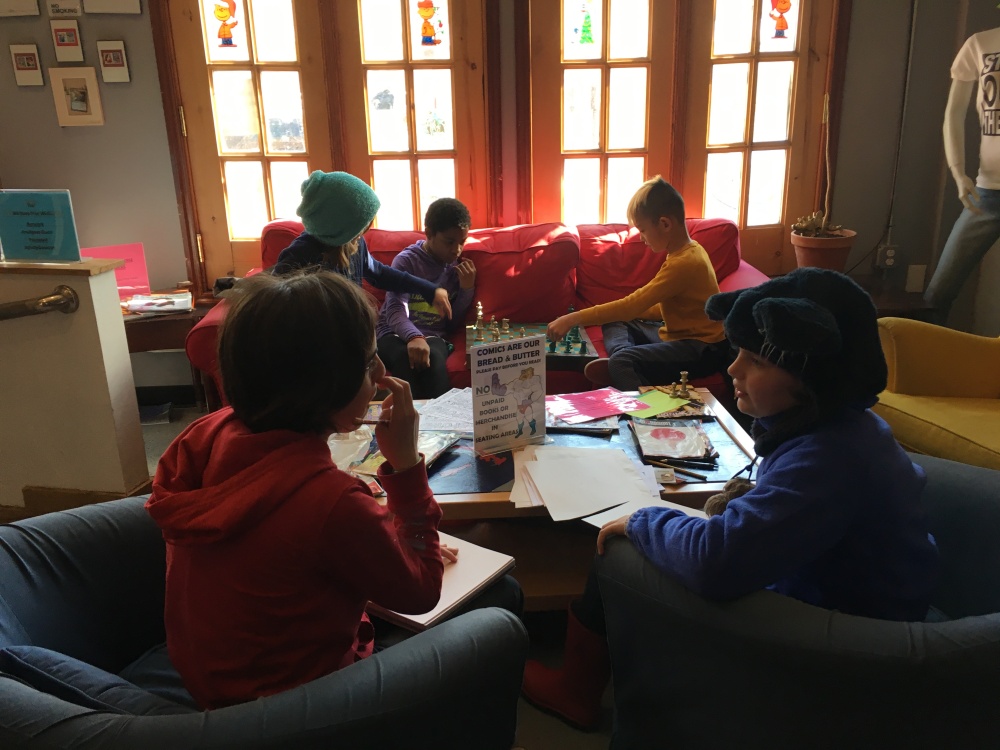 The group is set to meet for an hour, but has gone as long as an hour and a half overtime because the kids are working hard (and well-behaved). When people are finished drawing, someone tends to get the chessboard out. There is also a mom there who speaks Korean, so I am getting in a little practice (although I better get studying at home, because I’ve used up everything I had for her so far).

I am not really sure what Claudia is working on, but I am going to encourage Béla to move “Murder in the House” towards a completed work — it has a lot going on in it and deserves to be finished.

We look forward to our Amalgam mornings!