The night before Easter, we went to the premiere of the documentary “The Sigma Kids” and learned a lot about the making of David Bowie’s “Young Americans” album, which was recorded here in Philadelphia. And the kids met guitarist Carlos Alomar — who is certainly the best thing about “The Sigma Kids”. They also sat in the balcony of PhilaMOCA by themselves — Tucker, Needles and I sat downstairs. 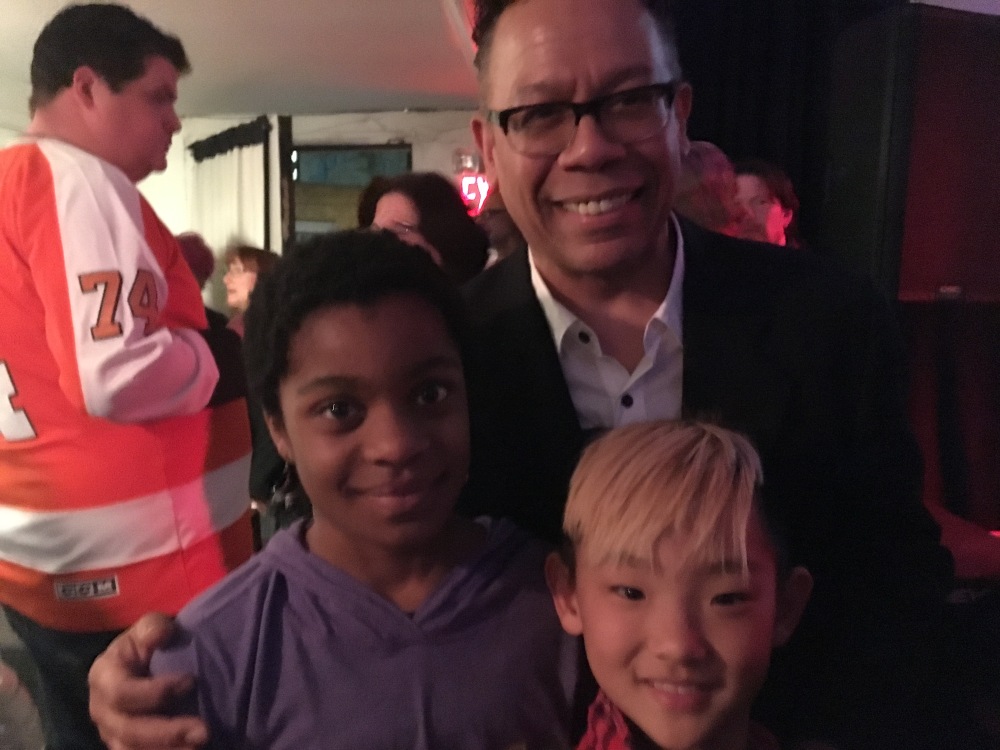 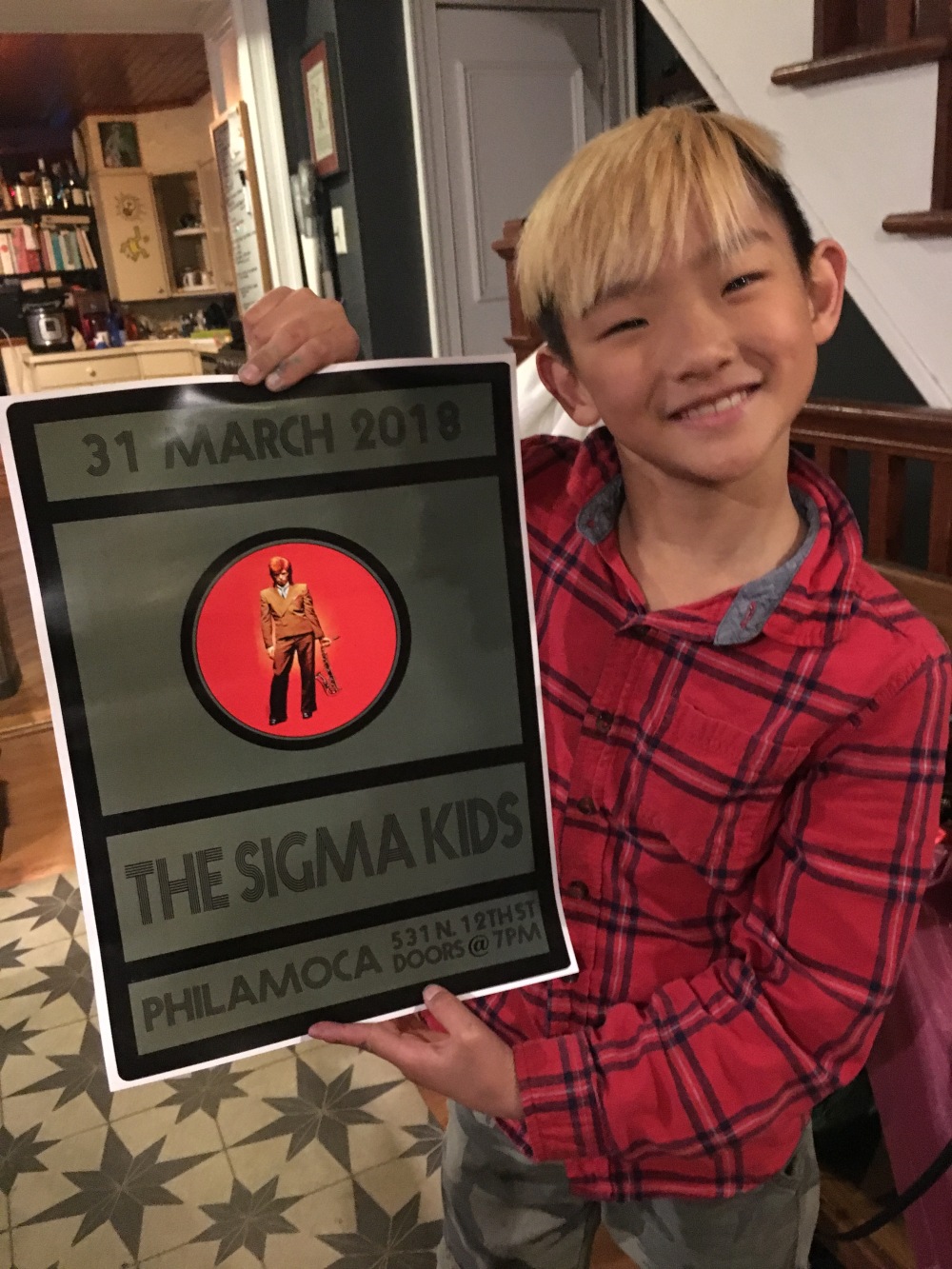 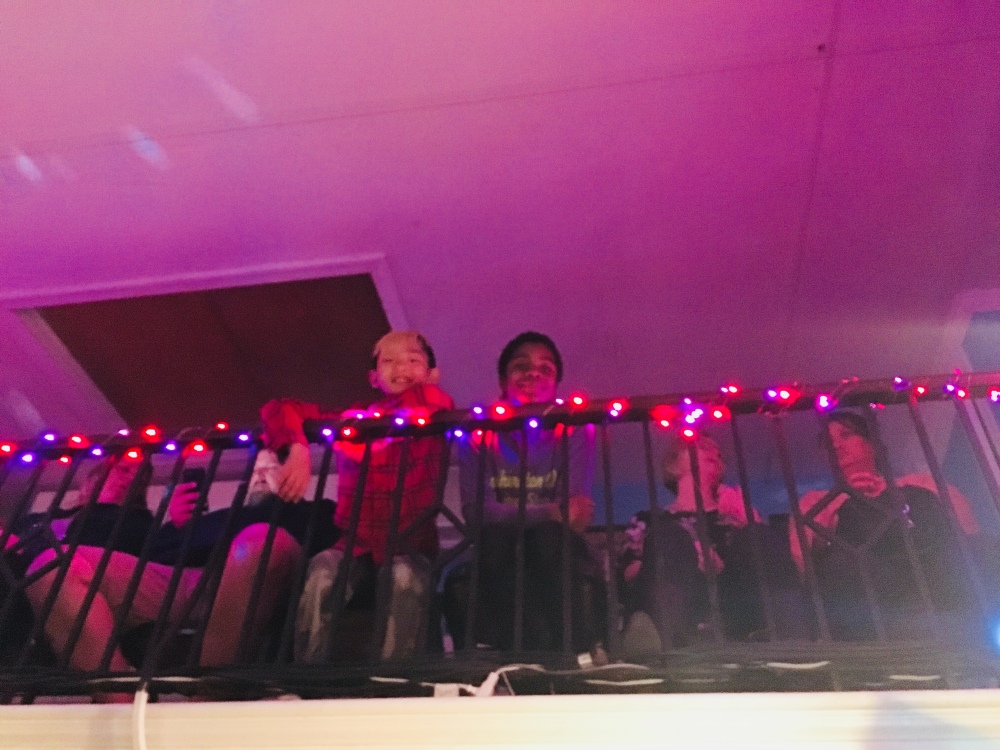 We made “Galaxy” eggs (probably the most successful novelty egg-decorating kit I’ve ever purchased). We had also, weeks earlier, seen a video made by a “Black Panther” writer about what food from Wakanda might taste like, which included a recipe. Béla and I made this dish — and he was named Foodie of the Week on Philly Foodies on Facebook! 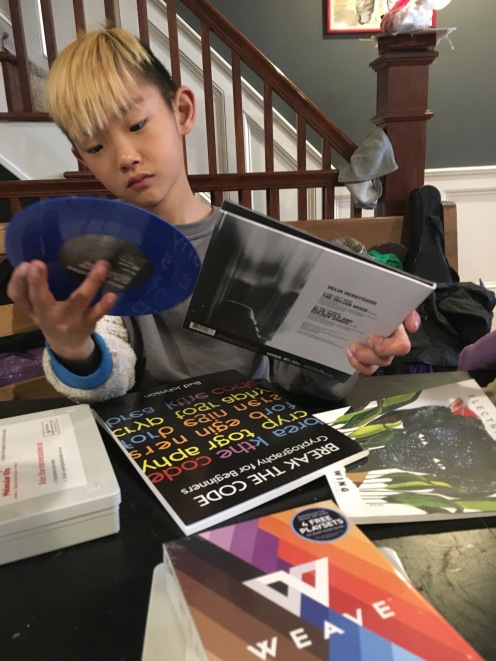 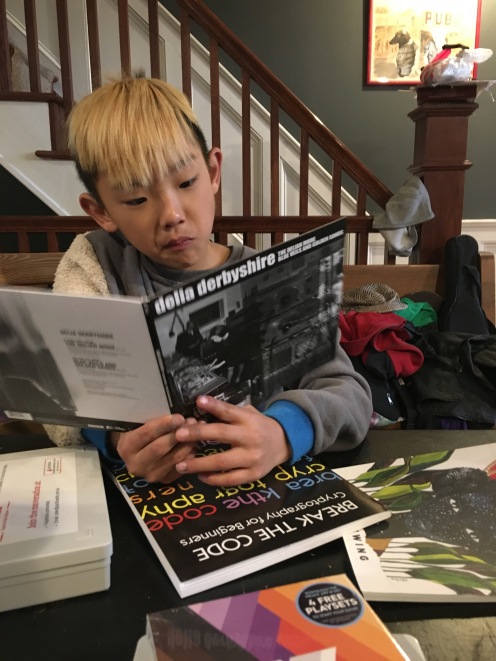 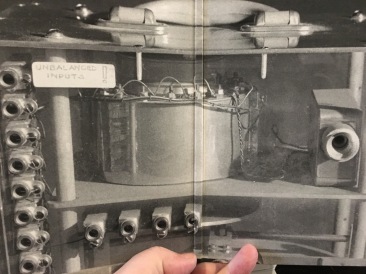 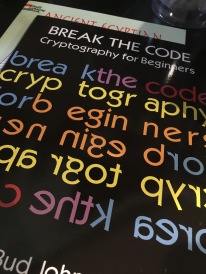 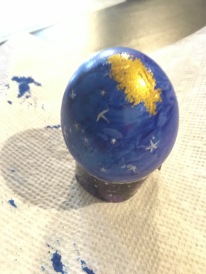 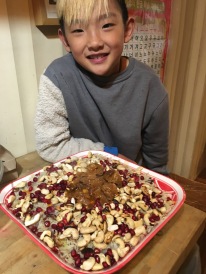 It’s a week later and they still have Easter treats on the table that we have not really inspected yet… but this is true of at least one Christmas board game as well. (Oh, that “Weave” game is a half-roleplaying, half-Tarot, interactive game played with an app that recognizes the cards — we have yet to go far with that either!) We will get to it all eventually…