I’m not even sure how we came to know this exam existed, but Tucker had taken it (and done very well) in high school — he had also taken the Latin and Ancient Greek exams (and I think had received perfect scores at some point). Wherever we found it, it was certainly within Claudia’s abilities for her grade level, and so we ordered the study materials and she began “studying” for the exam — the bibliography for which was the D’Aulaire’s Greek Mythology, which she knows backwards and forwards, and one book about Greek and Roman mythology printed by Dover.

The study guide was a little redundant for her, to be honest. Eventually the exam came in the mail and we prepared to take it in the prescribed time period.

On the morning she’d planned to take the exam, both kids found a periodic-table-themed note of support taped to the hallway wall. 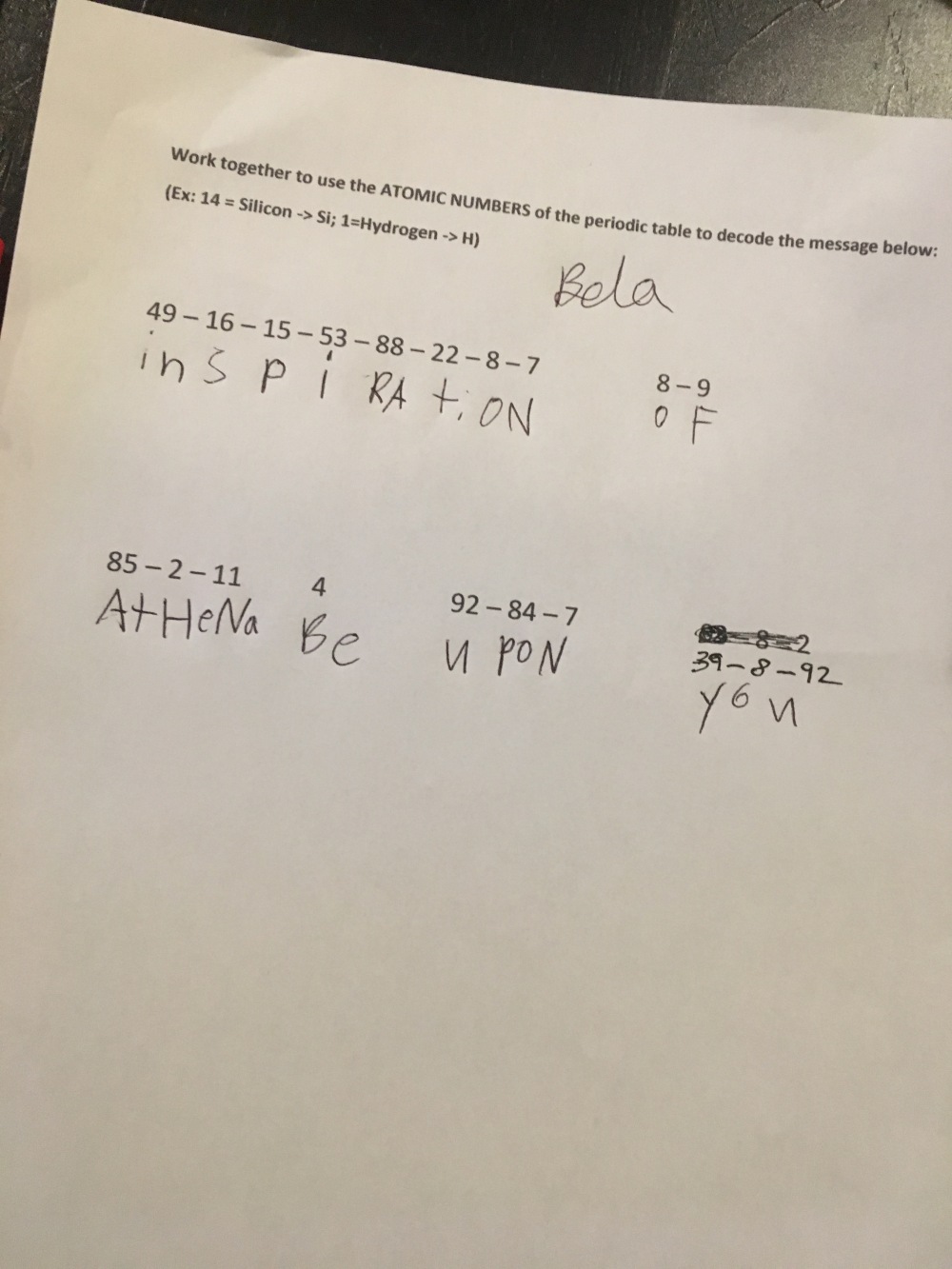 Both kids also took part in the pre-exam ritual of Fancy Flavored Kit Kats From Japan For Good Luck In Exam-Taking. 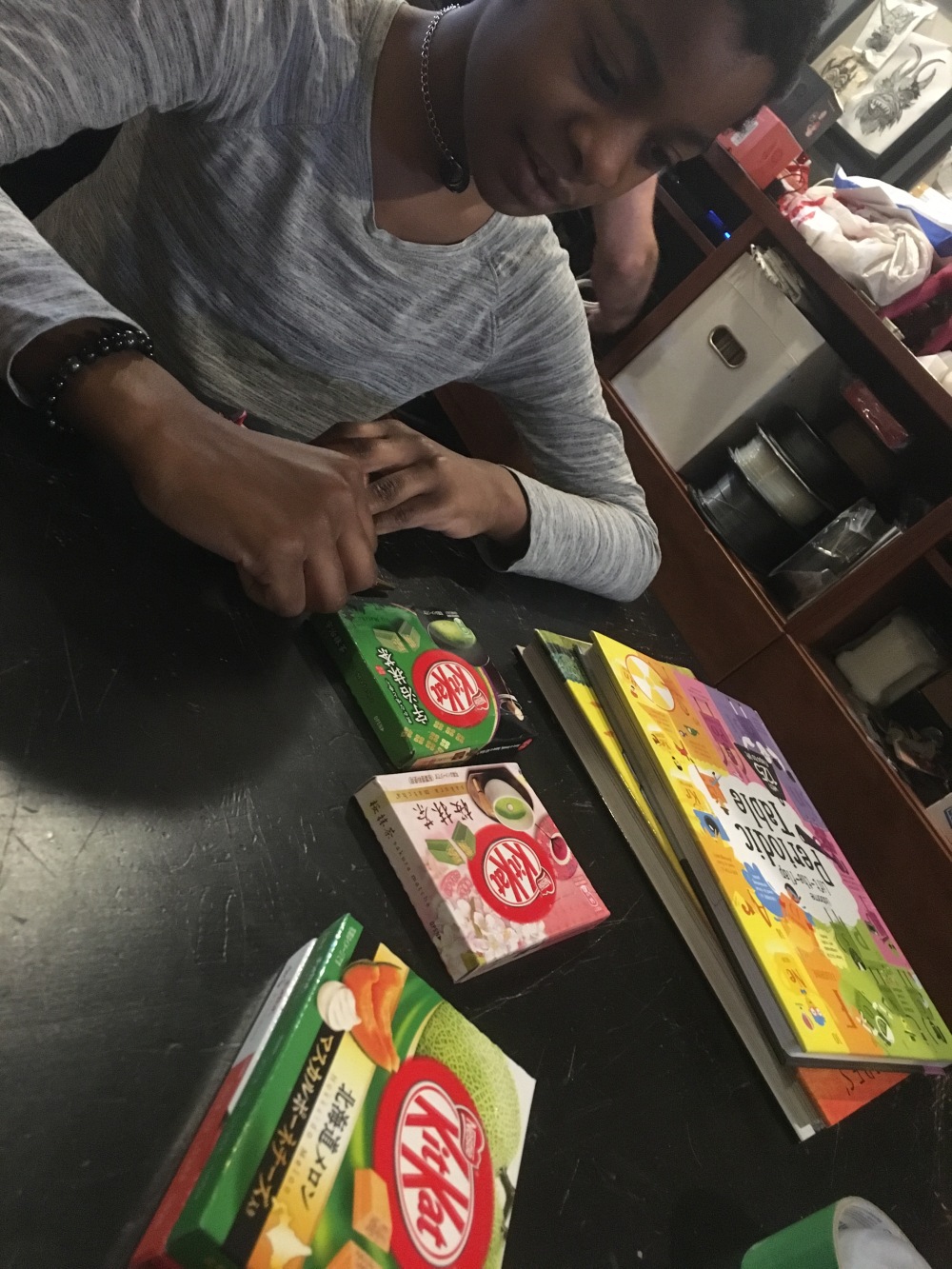 And then Miss Thing took her exam. We had told her she would just take the 3-4th grade portion but she finished so quickly she wanted to take the next session on the myth of Promethius. We warned her that if she got these wrong, her overall score would be lowered. She wanted to do it.

We sent her answer page back for screening.

And then… we waited.

If she had not taken the Promethius section, she would have gotten 100%. But she reached further — and for that, we are even more proud of her.

Béla has been taking his state-mandated CAT testing these past two days as well and we expect his results shortly, and expect to be equally proud of him.