This happened a bit before “school” really “started”, but was still worthy of their first real journal entry of the year. The African-American Museum of Philadelphia hosted a showing of the documentary “Wall Writers: Graffiti In Its Innocence” with special guest, graffiti legend Cornbread. I had heard stories about Cornbread my whole life from my dad! And he was very engaging in both the film and in person. The kids had a great time.

They worked on tags of their own at home. Béla designed both a fancy tag — that he wanted to be able to either airbrush or spraypaint — and then also a simpler tag that he could do quickly (with, I strongly suggest, chalk). The simpler tag is supposed to evoke folded paper, to represent Béla’s love of origami. I really like that. I told him if he tagged using the simpler tag 100 times, I’d find a way for him to be able to spray the more elaborate tag on something. (I’ll figure it out.)

Much of this interest in graffiti, for Béla, comes from the character Dizzee in The Get Down. 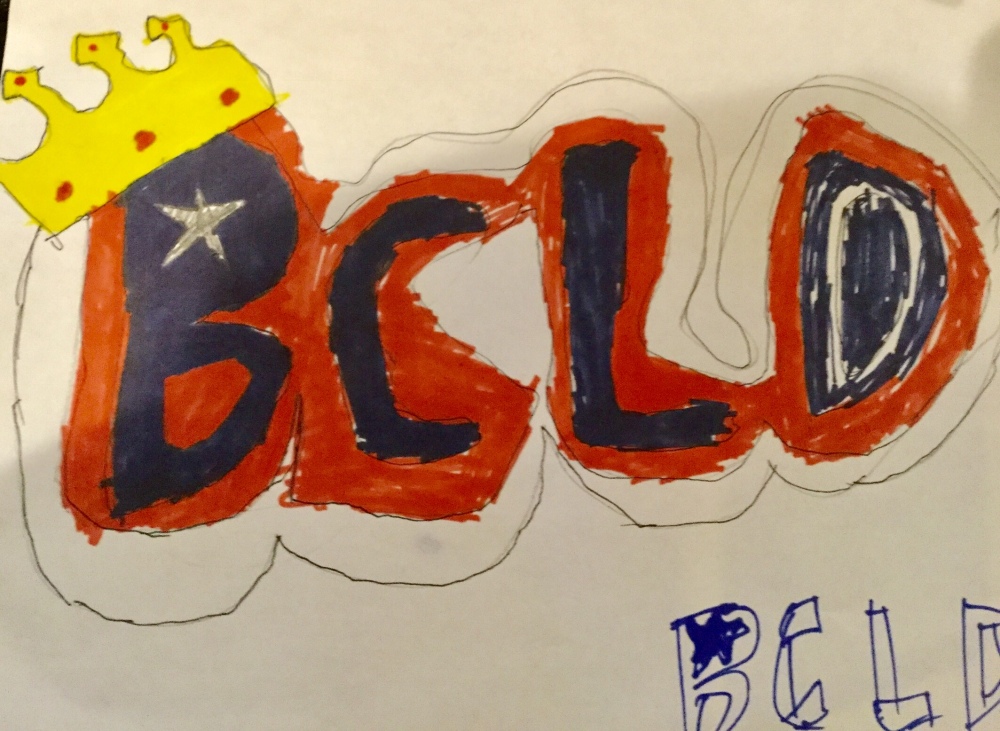 Here’s Claudia’s tag. When I asked her how she put it up on her bedroom wall (I was at some distance) I believed her answer was “Tack” (as in “Poster Tack”), and I was not thrilled to find that it was this many thumbtacks. But.

All the Wall Writers in attendance at the film along with Cornbread were a lively crowd. Claude had her “Hip Hop Family Tree” series out today to look something up, and what do you know, in the background of one of the drawings was a Taki 183 tag! She was excited to find it.

Although it was never stated explicitly, I think we can infer though, it is not okay (for the elephant) to write on an elephant. Other than that, Cornbread was pretty cool.