I thought my weekend of pre-show preparation was mostly going to be in relation to Claudia’s wardrobe. That’s usually how we roll. Béla needs his arms unhindered and needs to stay cool; his show attire is generally new t-shirts.

He is show-ready with his songs, as per the weekly note from his teacher, and I woke up to this from Claudia’s teacher: 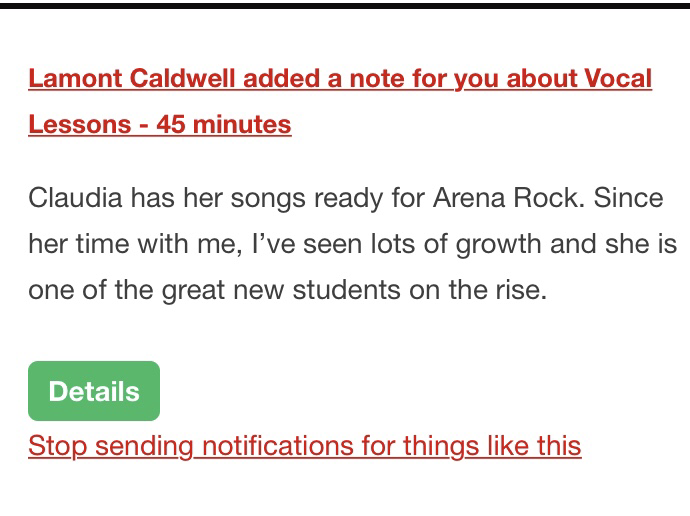 “Am I supposed to compliment myself?” she snapped when I yelled this to her bedroom. Yikes. Preteens.

Earlier this week, the regional manager at SoR had contacted me and asked if she would join the junior varsity house band as a vocalist. There aren’t many eleven-year olds in that group and her first response was hesitant. But she went and talked to him. The only rehearsal that will run up back to back with her current show is this week’s. She sees that this is an honor and is a very different experience than season shows. It has a lot of the extended group dynamic she needs, and some more autonomy with programming, and is very much the “next step up” that is in no way promised to everyone. So … a new adventure begins.

And yeah — somehow with endless hours of prep, the Exploratory Latin Exam has been taken by both kids. Results will be mailed in May.

I expect we are still going earring and lipstick shopping this weekend.