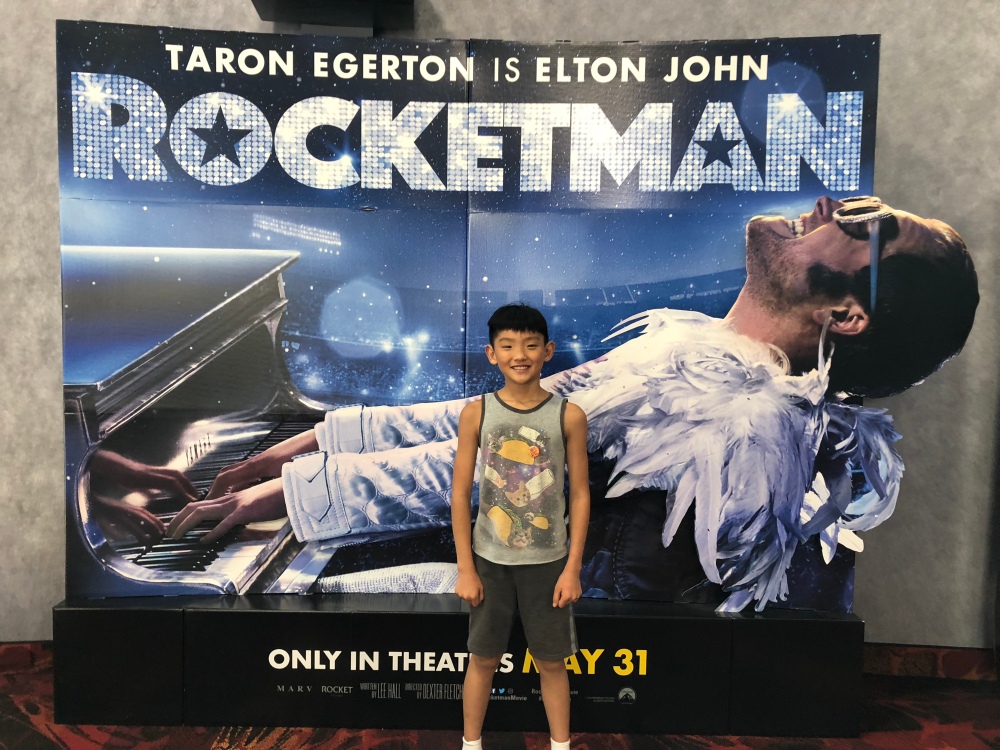 Claudia was present and claims to have enjoyed the film but I do not think it had the same resonance that it did for Béla, who will watch the “Pinball Wizard” segment from Tommy over and over and over. It is a beautiful, fantastical movie. Béla loves strong gay characters and is particularly fascinated with this actor for his recent portrayal of Robin Hood (which we were also reading out loud until we decided to buckle down and finish Treasure Island.)

I think I’ve mentioned that having them write plodding summaries of every dramatic experience we consume didn’t really seem to be adding to anything, so you can take my word for it; for one kid, it reconfigured some neurological pathways and was an exciting portrayal of a living legend who beat tremendous odds and stayed alive through decades of rigorous self-destruction where it was continually impressed upon him that he would never be loved “properly”. This kid will probably have a talk about this film with the gay adult men in his life and I won’t necessarily hear the outcome.

For the other kid, it was a movie where she did not get the Twix bar she had presumed she was entitled to, but at least she enjoyed her visit to the punk rock art mart and our favorite Venezuelan restaurant.