Since Rich was out shooting the Independence Day Parade, he stopped over for a few hours and worked with Béla on exposure — in hopes of him getting some more interesting sparkler photos tonight.

Tucker cleared some practice space in the basement. We were very careful. 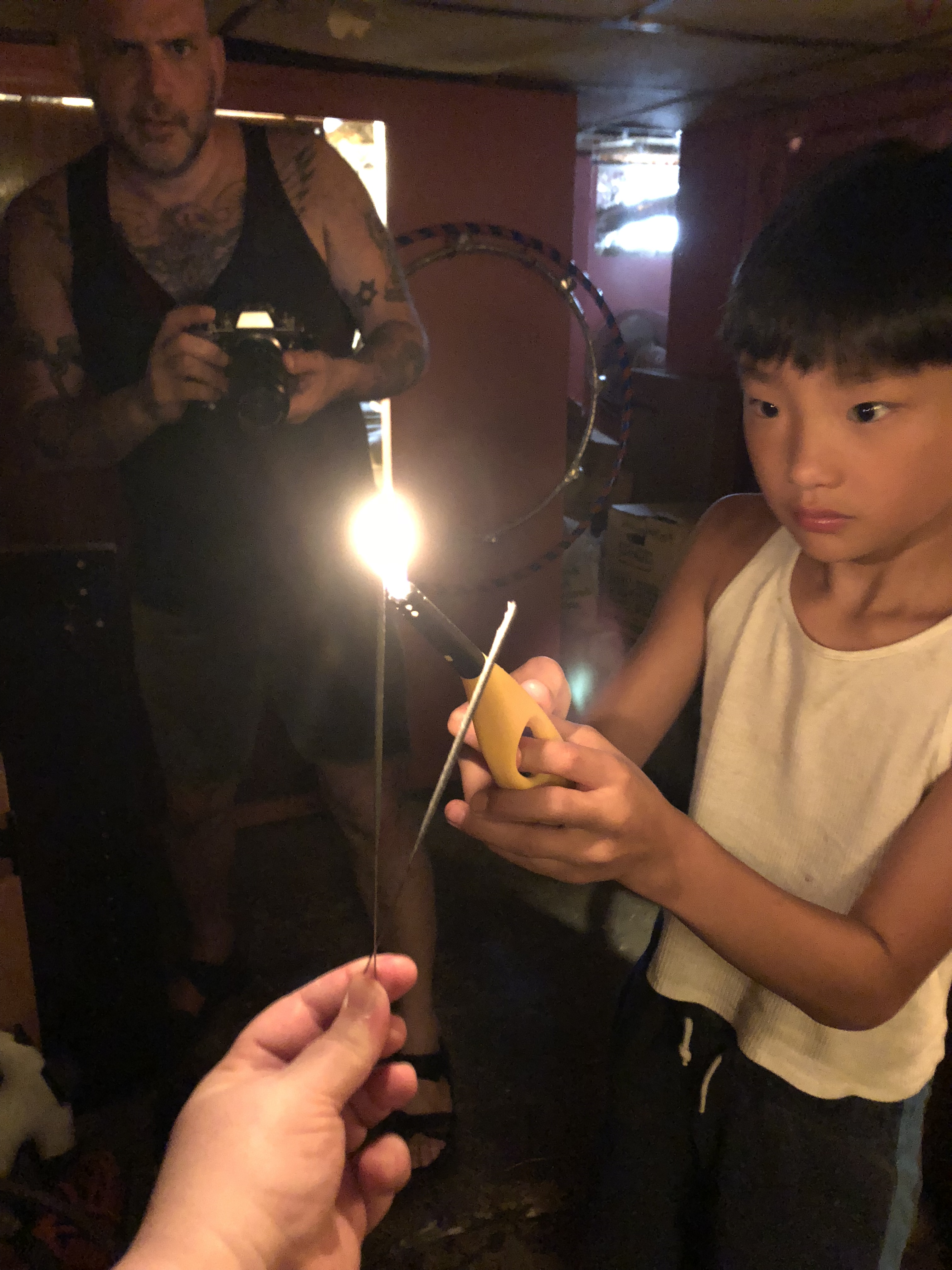 He was definitely getting the idea. 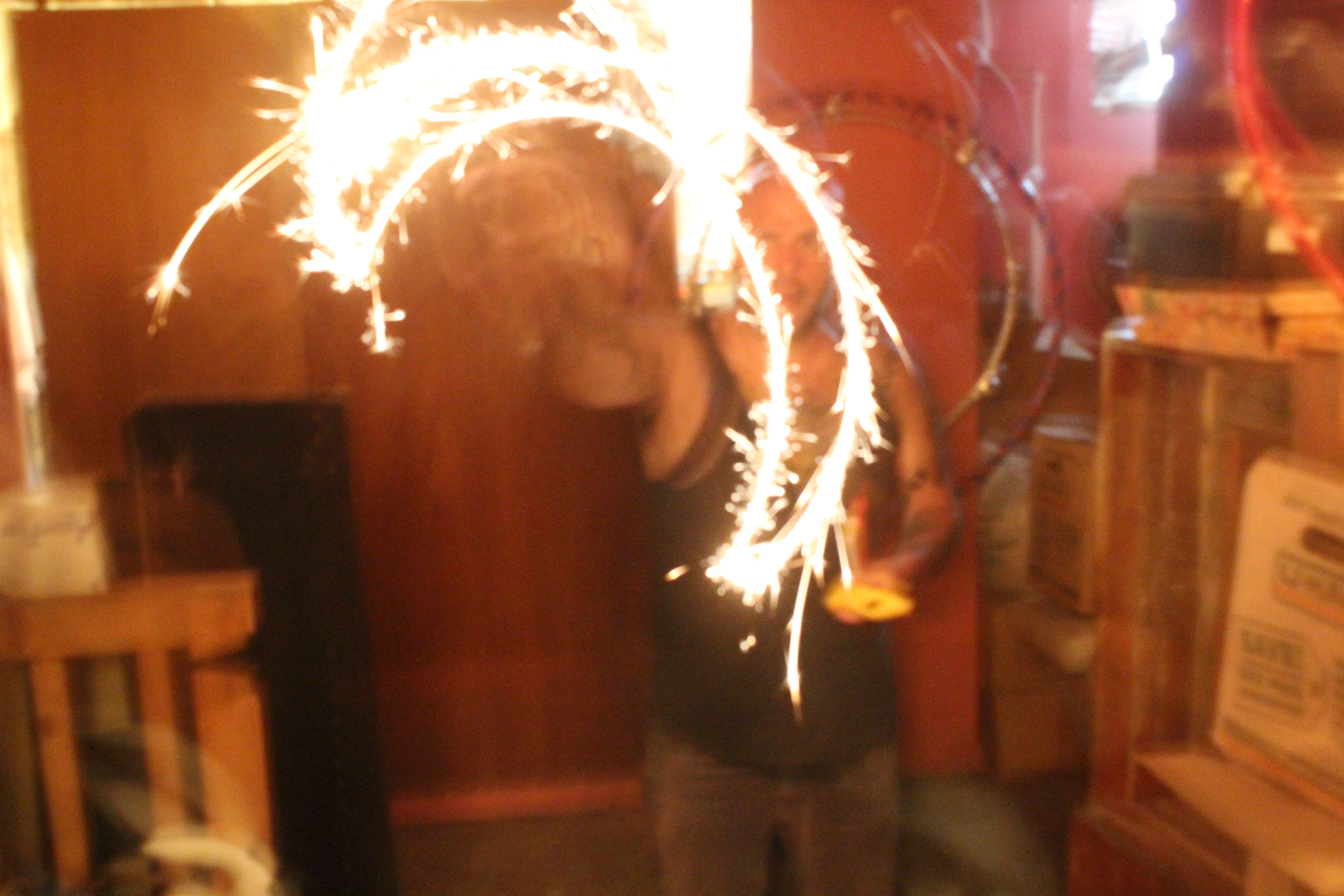 They used a lot of sparklers practicing, though. We had some larger, color-changing ones, and we used those but they did not yield a lot of great pictures. 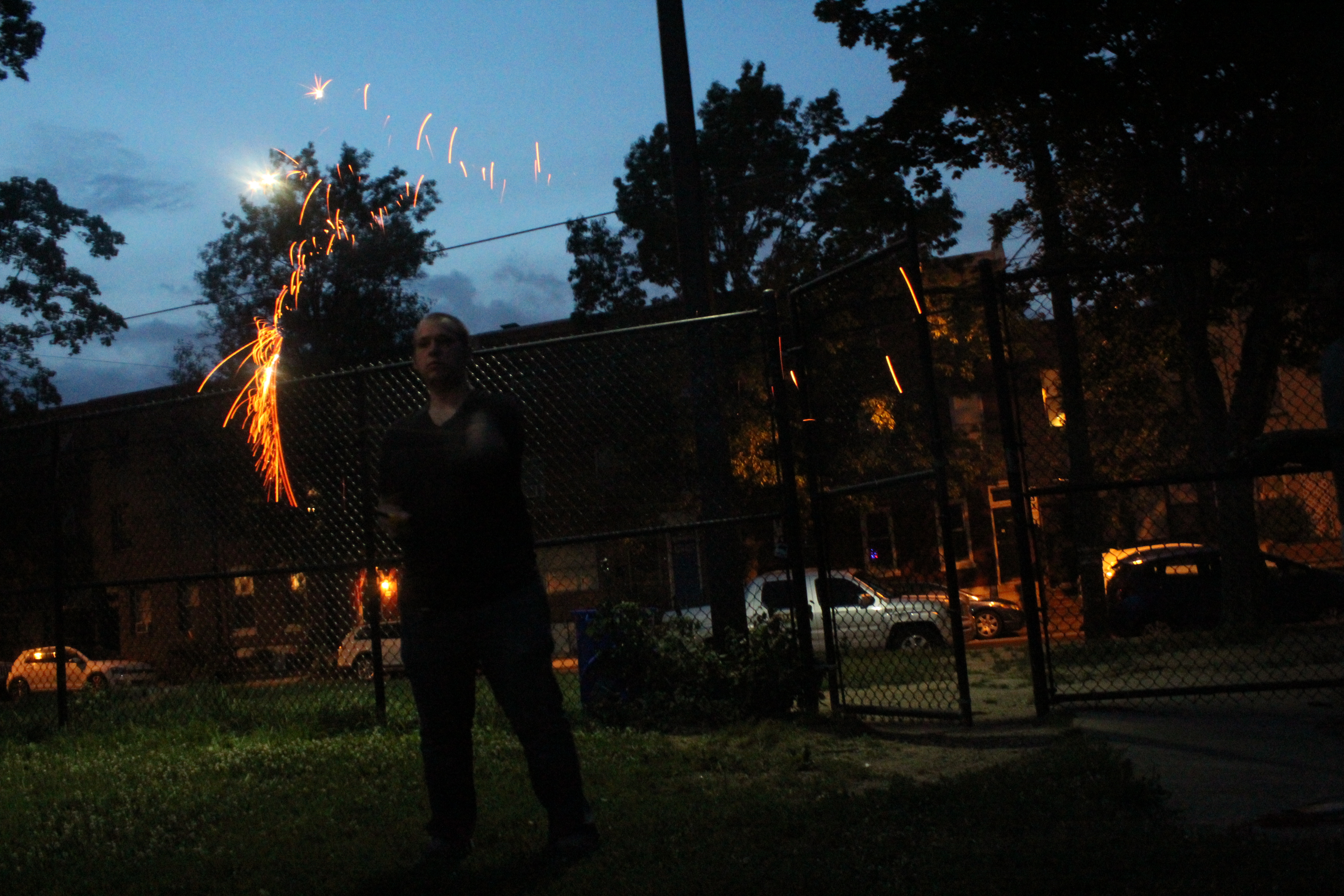 Some of the larger fireworks bigger kids were setting off in the park were interesting. 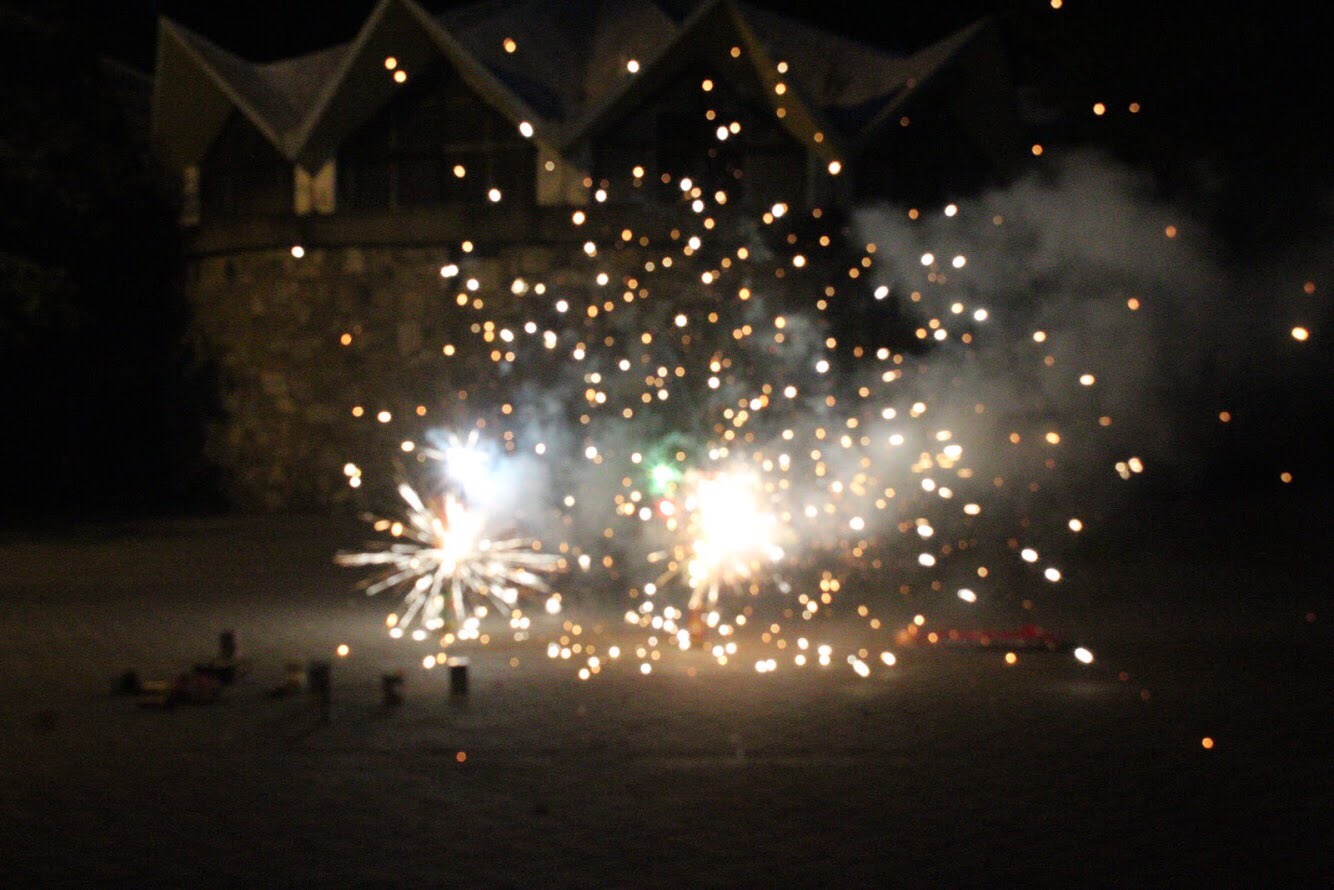 Claudia does not like fireworks but does have a nice LED prop, and that got some really strange images! Using my phone, it just gives one rather automatized effect: 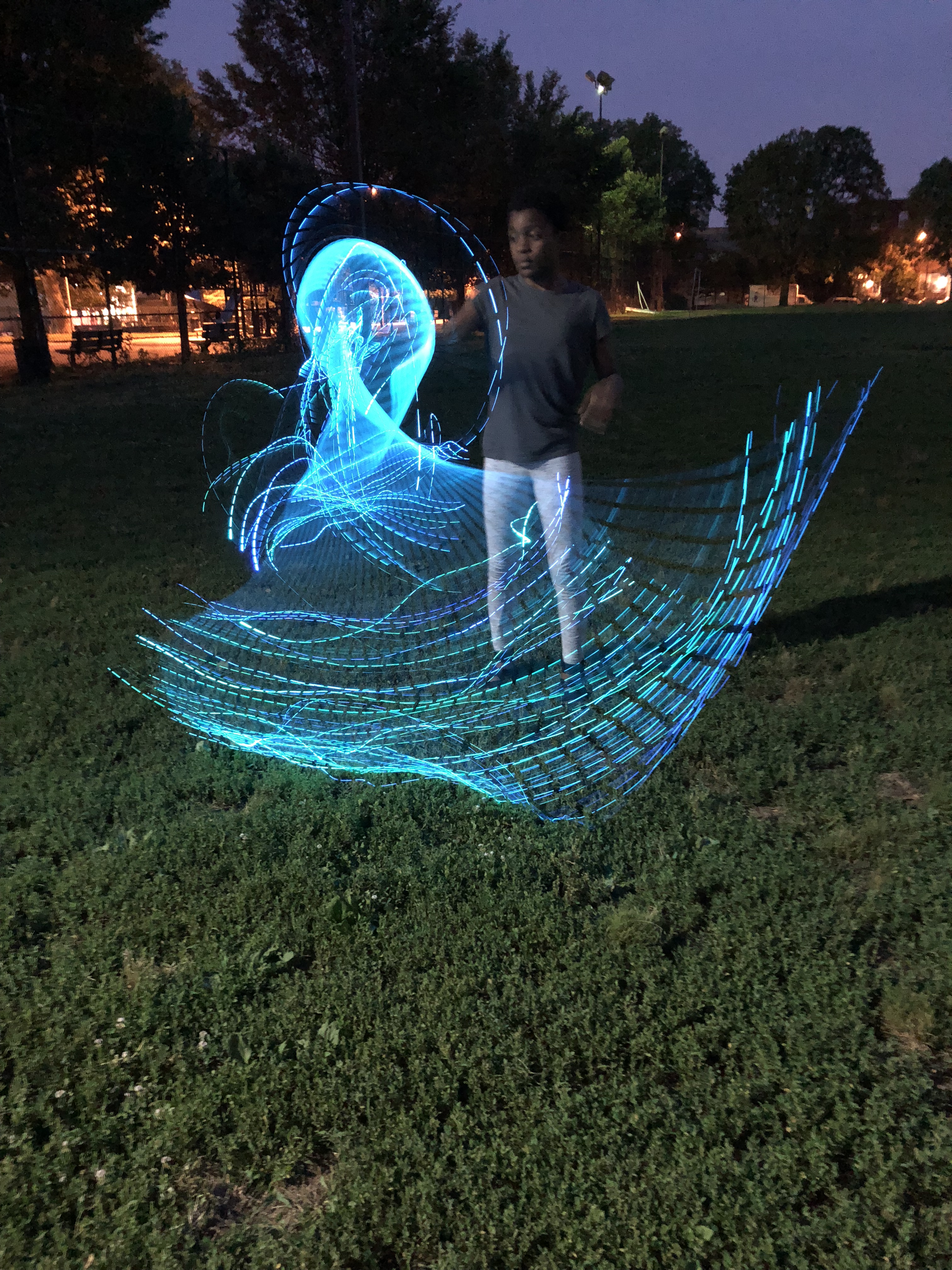 (That’s the only photo in this post, other than the featured one, taken by me; all the others are taken by Béla.)

Béla got very different effects photographing the LED whip, regardless of who was playing with it. 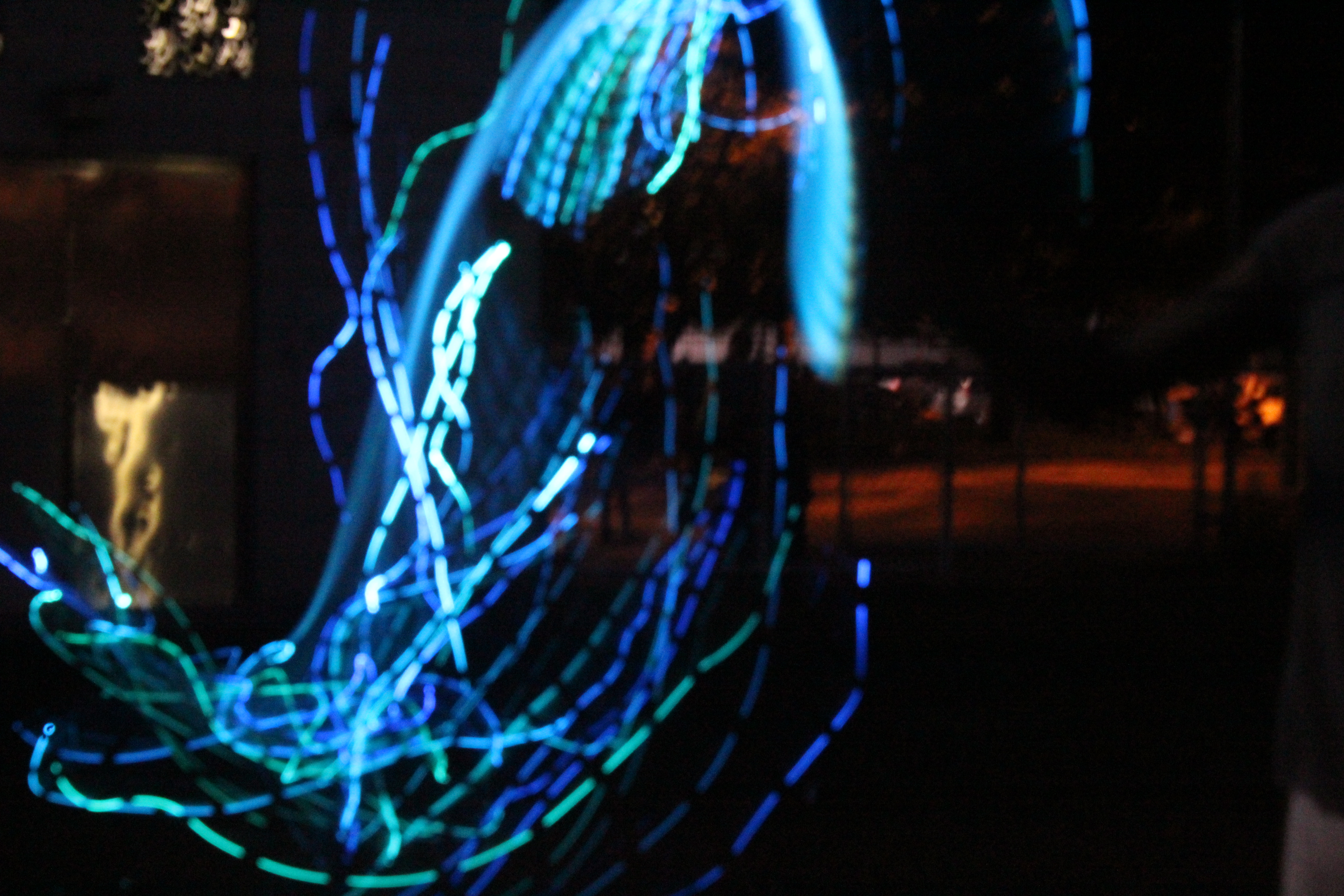 This redlight fetus is probably my personal favorite — even funnier that the image number is 1776! 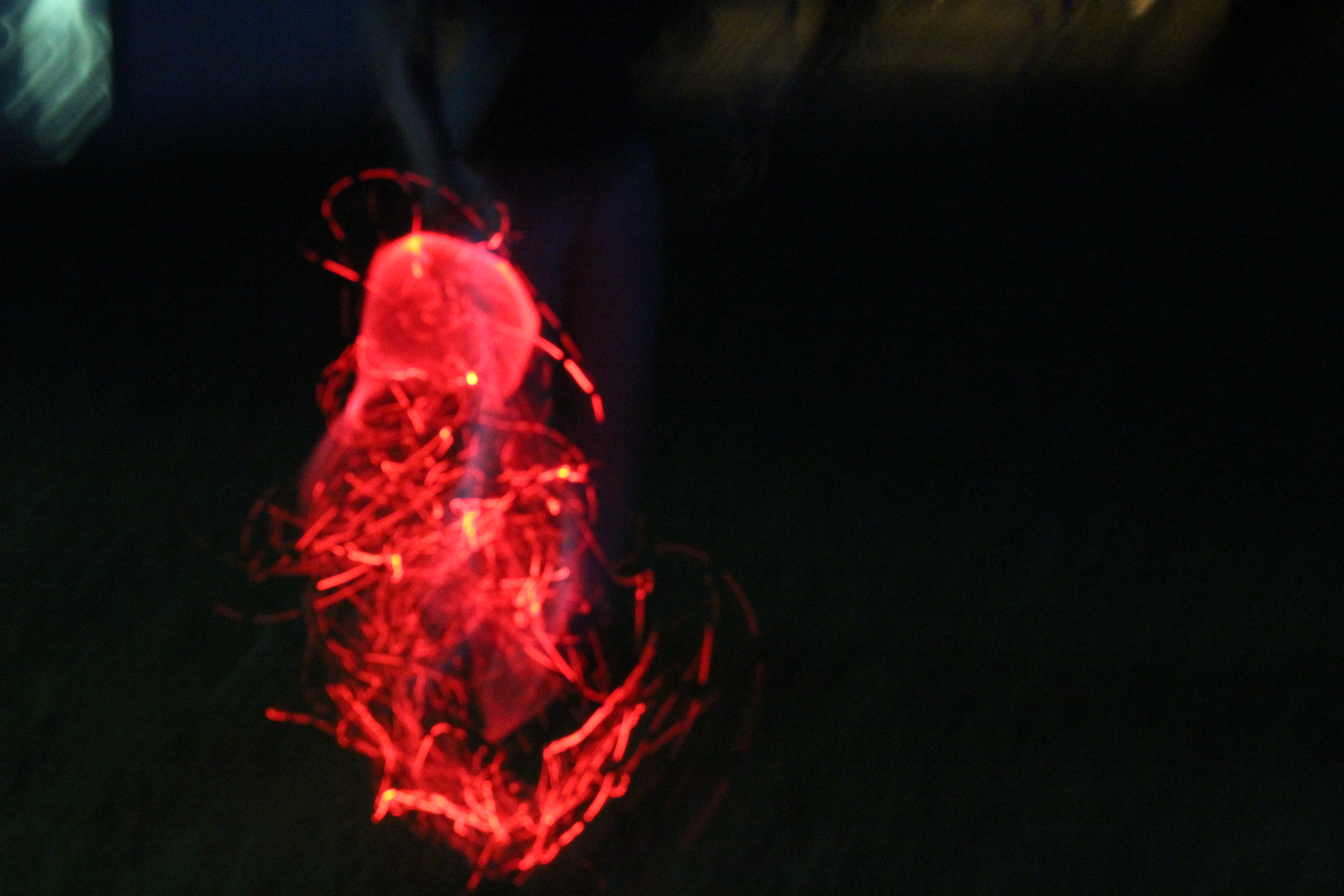 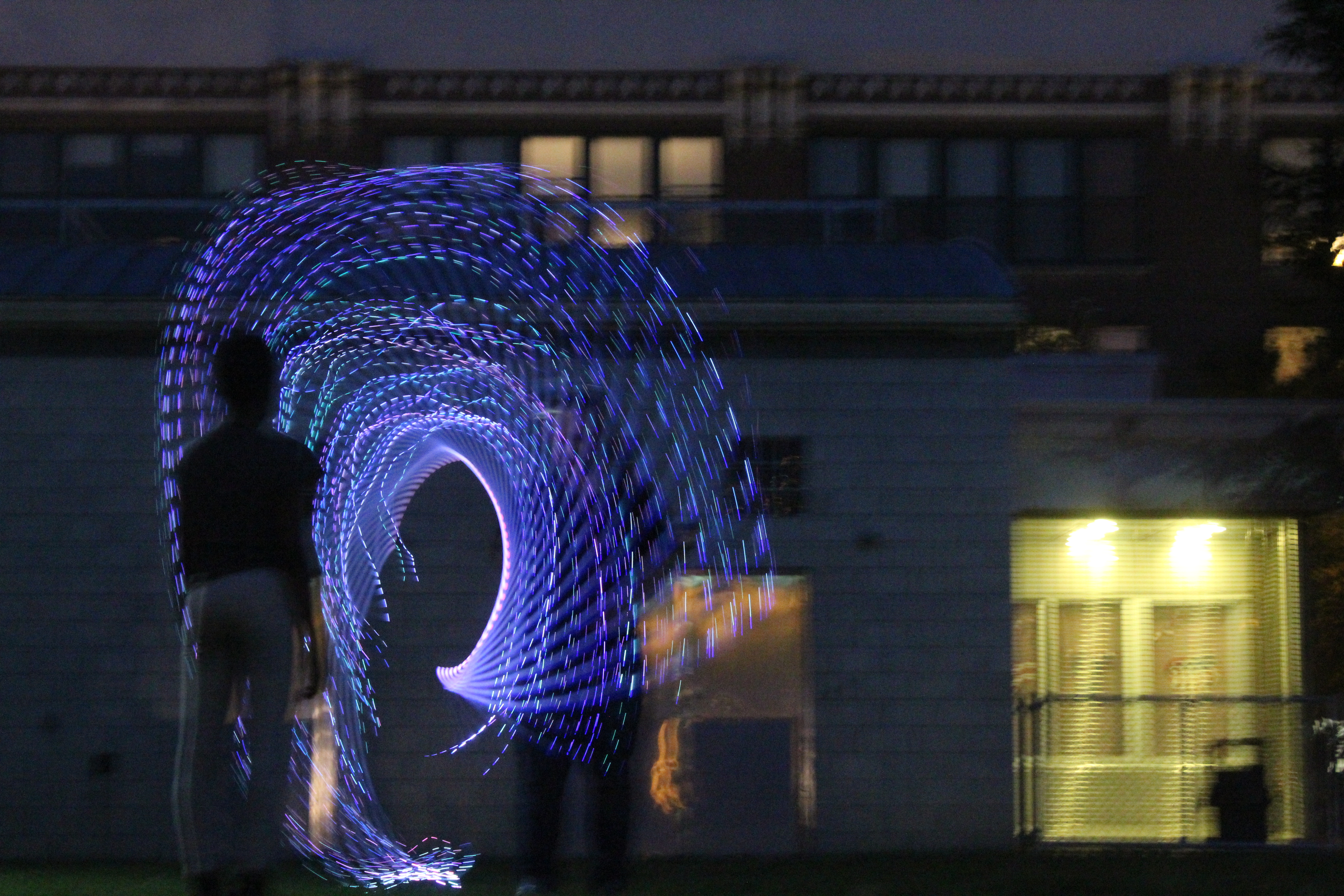 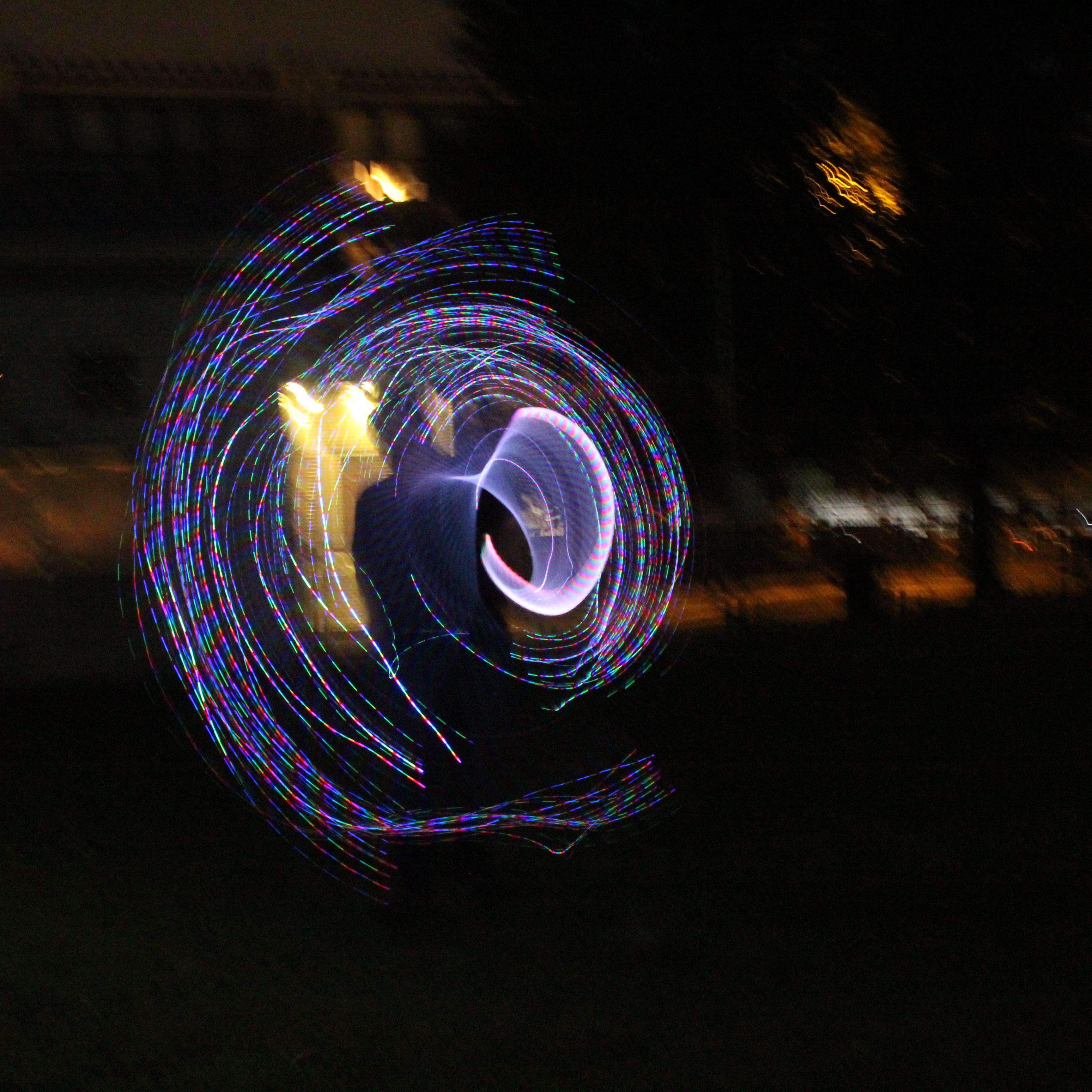 In the featured image, they are not watching fireworks, but bats, which were right above us and clicking and talking. Then we went inside and had apple pie and watched Pose.