Sunday was Béla’s birthday, so naturally, he had a birthday weekend.

It started on Friday. He got four new books from his sister (the first of which she took away from him this weekend and read), and two of these non-hooded hoodies I found online. I thought he would like the thumb gauntlet. He did like the thumb gauntlet; enough to admit to me he had already been cutting them in other long-sleeved garments before this. I did not know that. But apparently my instincts are good.

Our friend Chris stopped over to work on a birthday project we had going for B., Béla and Chris’ son Bruce are very close — considering how young Bruce is, it’s been this way for half of Bruce’s life already. Béla is just one of his favorite people. And I think this is one of the few relationships where Béla is somebody’s “big”, and he really loves that.

We didn’t get everyone we could have for Béla’s book — I was sad not to get his photography mentor Rich — but when he opened it he was so excited. There were remembrances from people who had been there the day after he was brought home, writing about how beautiful he had been. He was so touched and happy.

And Bruce drew a portal in the book, which is useful.

Béla regularly spends a few nauseating hours at Dave and Buster’s with a friend on his birthday. I have never attended this and never will. I went to Dave and Buster’s once. It sounds like they have upped the production value on the color-changing drinks and light-up ice cubes. Claudia became radioactive or something.

Béla’s other gifts included this; a poster featuring the lyrics from the Talking Heads “Naive Melody”, which is a family anthem for us. Béla unwrapped this very quietly, then stood and sang it. All of it.

I know Béla, so I knew what was next. We were all going to sing it. Along with the clip from “Stop Making Sense” on TV.

And that’s what we did. 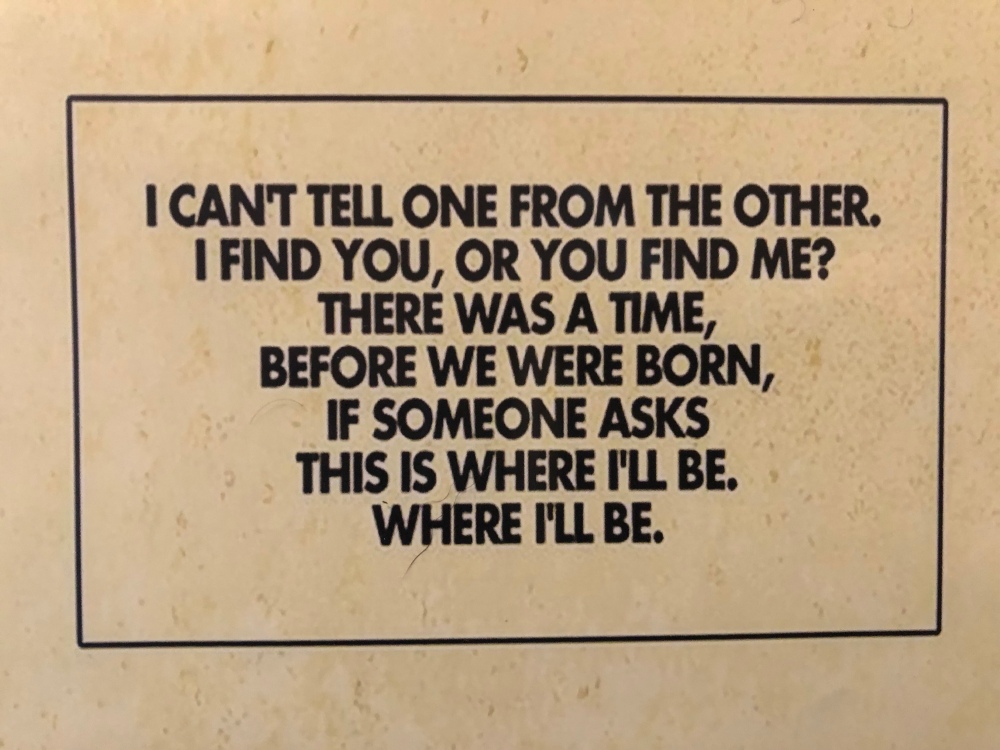 His other big gift was the ride cymbal and stand he wanted, with hardware to attach his cowbell and agogo. This won’t be his permanent set-up, as Tucker just fused it all together like Brundlefly for gift-giving convenience (and we put taco lights on it, which was easier than wrapping). (Also, do you know what it is like, introducing a cymbal and stand into a room with a kitten?) Béla has to clean his room some before anyone can go up there and actually see where everything for the more personalized kit works best.

Then. The main event. Which, rather frighteningly, was delayed about an hour due to the tour’s transportation breakdown midday. We were kinda nervous. And when we got to the studio it was literally body-to-body. 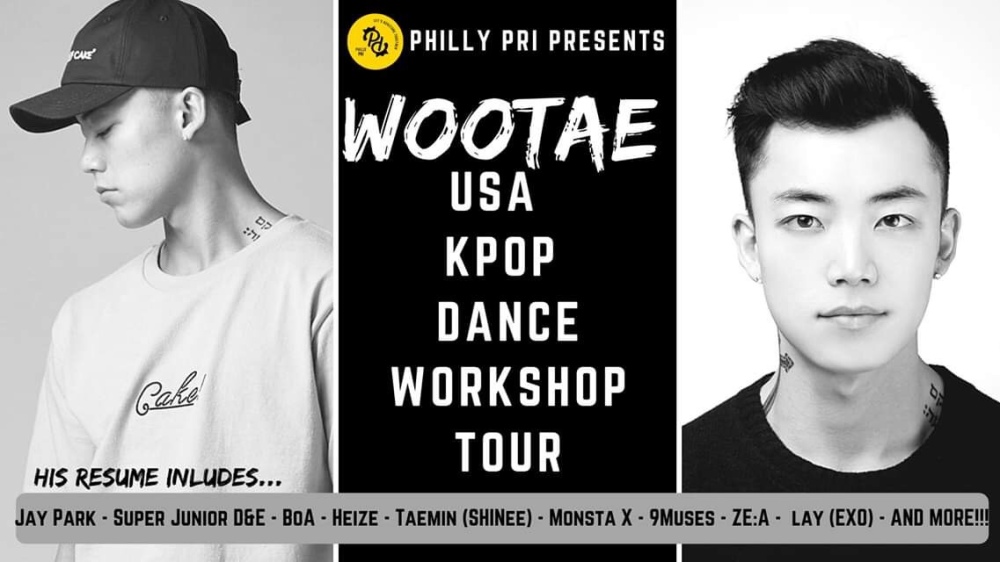 I guess THAT clip, and its ilk are the reason why.

I have sat in a lot of dance studios with my kids but I never heard energy like this; all-ages, all colors, all screaming as though they had just been told their lives had been spared. UTTER cacophony. They were having so much fun, and yet there was more than one dancer who left the class in tears at one point (Claudia included) simply because the portion of routine he was teaching them was so hard.

He set a high bar.

Béla’s attitude seemed to be, “I’ve only ever been ‘okay’ at this dancing stuff anyway, so I’m going to have a good time and not care if I don’t get it right, but oh my God this guy is breaking my brain.” This was also one of Béla’s few experiences, and certainly his closest one, with seeing a young, male Korean celebrity — and seeing people go crazy over him. And that held a lot of interest.

Claudia is Claudia, and Claudia actually has some big dance news forthcoming; for good reason, Claudia thinks of herself as a very good dancer who picks up on choreography quickly. By looking at this video, you’d agree. Yet moments after it was taken, she stamped out of the studio, her voice cracking. “I just can’t… that many moves… I’ve never…”

Pep talks don’t really work on Claudia. At some point, she just stomped back in and she went for more. (She later told me that is when she “found her groove”.)

After a Q and A, everyone got individual pictures with Wootae. There was a dance party with him as well, but the kids were exhausted and had run out of the studio practically onto North Broad St. before we knew what they were doing. 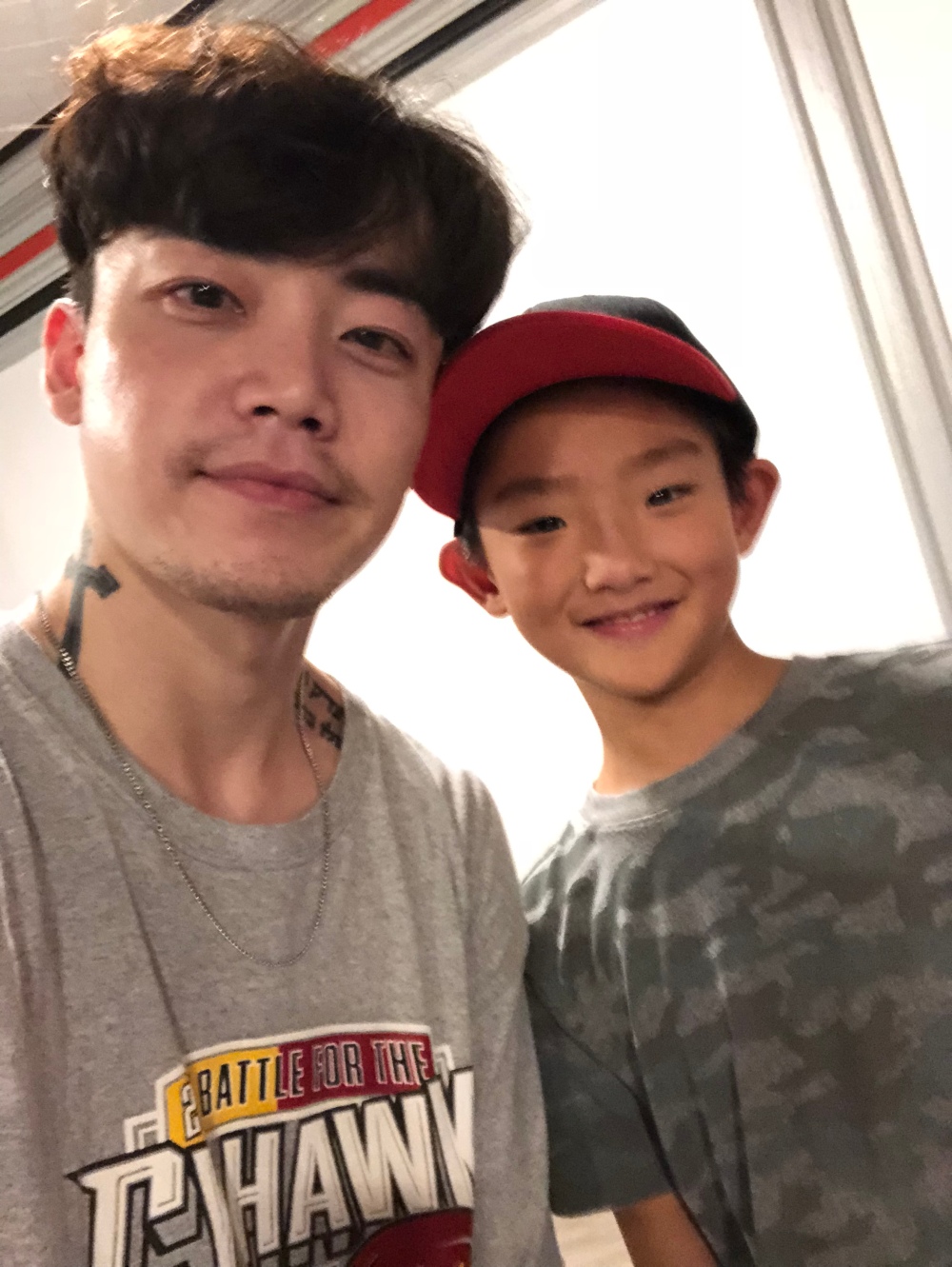 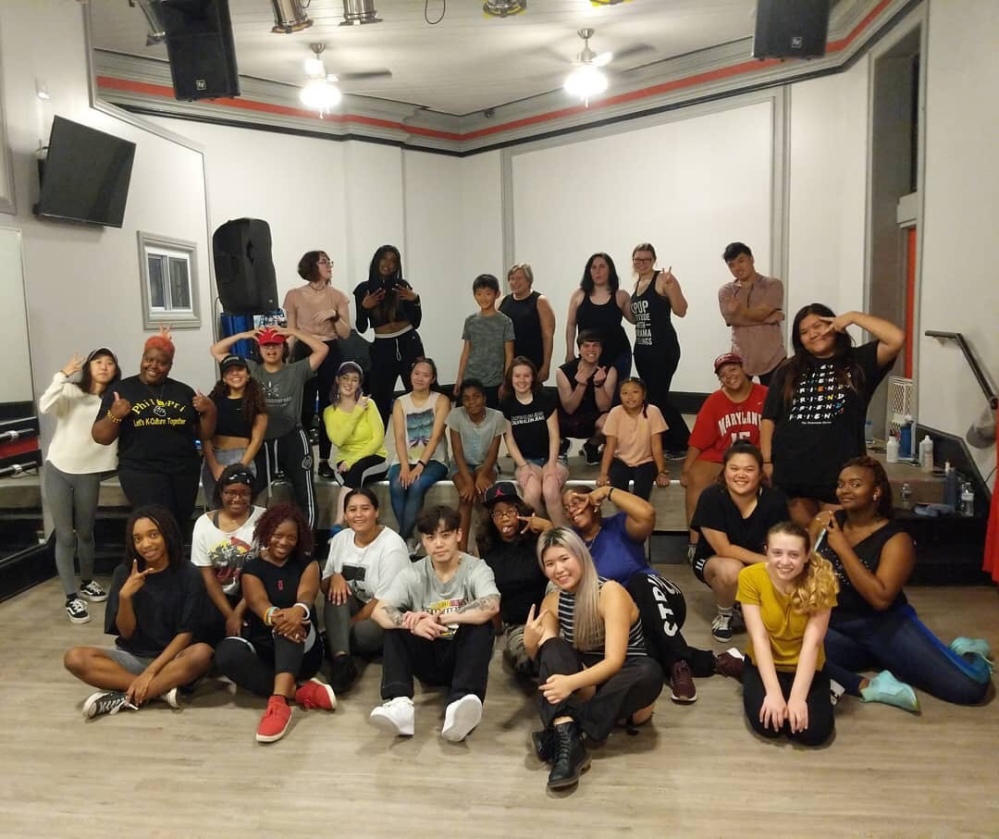 Béla asked if we could walk a few blocks to see if any dinner options showed themselves, and we found a Santucci’s, where he was very happy with his dinner, and his birthday cannoli. No cake this year, just a cannoli.

When we got home, he drew many of the significant parts of his birthday with a pad and markers he got from his friend Ian. I guess this was a good birthday.