And she still sings; although she seems to feel now that’s just for fun.

She loves her kitten more than anything in the world. The kitten has just started “trilling” and when Claude talks back to her, Marble trills more. A whole conversation. 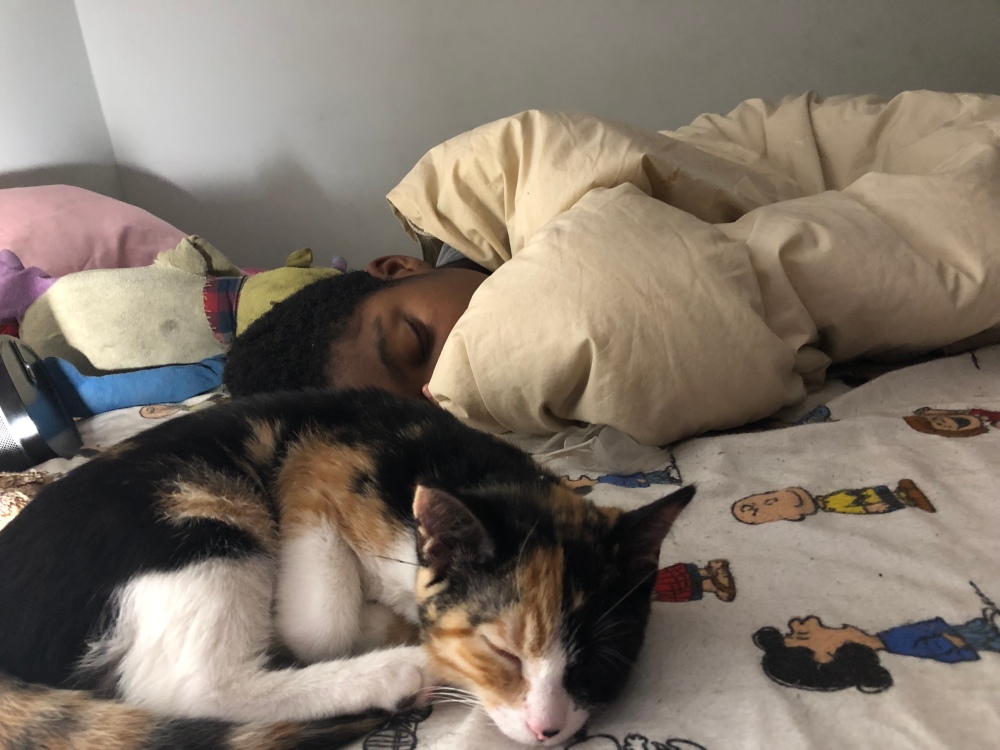 She laughs uncontrollably at nothing and plays Sims for hours with one of her close friends. She has long insisted she prefers one-on-one socializing to being with large groups, and has told me she would rather be kind of lonely than be in a big group where she wasn’t having fun. And that appeared to be true. Then I noticed it was a little different when it was a large group of Black girls. That was a situation that made her, it appeared, much happier.

She was really happy that I noticed.

She is a joyful girl. And these days she is never lonely (particularly thanks to dance and singing and playing bass.)

I gave her my oxblood Doc Martens, the ones I got for my 25th birthday, during the time she was ten. She also outgrew them during that time. But she does not want to grow up too fast, and gets very prickly when people think she is a teenager. She wants to play, with toys and dolls. And read some Nnedi Okorafor and Neil Gaiman and The Iliad. I am proud of her for that.