Well, it has been about a year that the kids have been saying they needed a break from a show season at SoR… and they are finally going to get one. Claudia was brought into, and then chose to leave, JV Houseband, and the last few show seasons have been frustrating to them in that they have not gotten to learn to sing/play bass on/drum any songs that were not specifically for school shows.

Tuck and I were coming home from working the shadow puppet circuit in Kensington Saturday night (Yeah. We can do that!) and our Uber driver asked what we’d done that day. We said we had started with seeing my kids’ second School of Rock performance in 24 hours… she said “Oh, my daughter went there for a year and felt very limited by the genres. She goes to Settlement now and has been there for years.”

We burst into laughter. We had already made contacts to tour Settlement, for both kids, and Music Theater Philly for Claudia, over the holidays. They will continue with lessons at SoR for now, because they love their teachers. But they are taking a break from all this Show Rehearsing, which, in addition to other stressors, is putting pressure on the academic year. I think SoR is always an option — but neither of the kids wants to go there from age seven to age eighteen without breaks to try other things (and, maybe, stick with them.) I see more individuality developing in each of their skills. Claudia is dying to try Broadway. Someone at University of Penn has offered to have me bring Béla to the Korean drumming group rehearsal, and he had heard about Settlement’s percussion ensemble. All these new opportunities are waiting, but can’t be done if everyone has another David Bowie rehearsal every week, even if we love David Bowie.

The Soul Train rehearsal season was very different for us at home in that they just practiced SO much less than they ever have before; the burnout level was so high, there was simply nothing I could do other than make them hate their music if I pushed it. 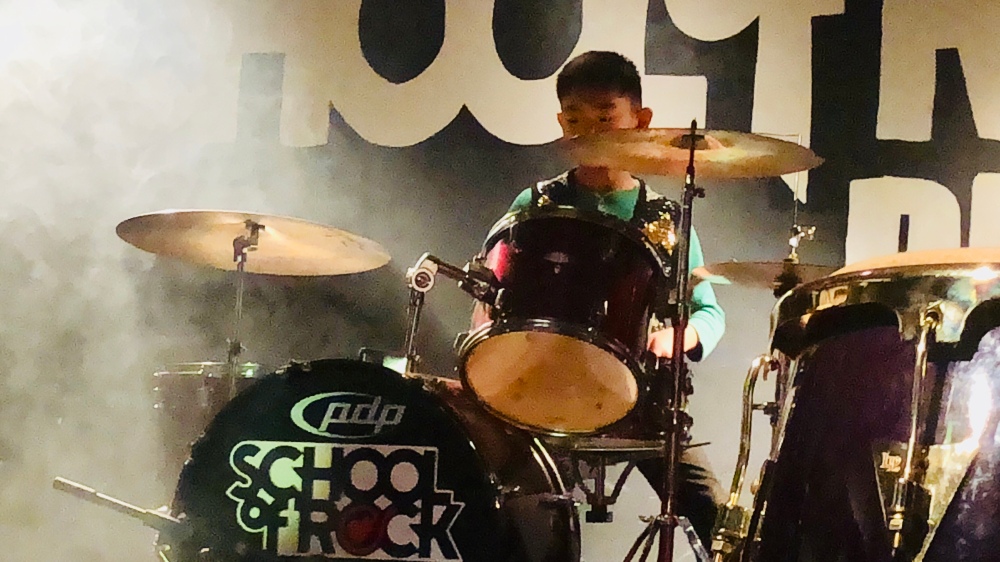 Luckily, they were more than good enough. Both of my favorite videos came from the first show: here’s Claudia almost setting off the sprinkler system with “Proud Mary” (which, funnily enough, was also a song she sang in her very first performance ever at SoR, although I cannot find a video.)

And “Chain of Fools” from the same night — Béla is drumming although it’s hard to see much of him.

I watch Béla drumming and see that he is singing along as he drums now and is really getting lost in the music in a way he did not used to. I see Claudia’s pure joy when she performs; for somebody who does not want to be the center of attention and literally tailors her day look to be “like Clark Kent” so that her looks are commented on less often… she certainly knows how to, as a dear family friend said, “hold space beautifully”. Another friend said she had watched the “Proud Mary” video and was craning in frustration to find where Claudia was singing, behind the grown woman on stage with the micr– oh. That is Claudia.

They got this love of performing at SoR but I am excited that they are homing in on different things and actually saying “Here is what I want to learn now, not just learn for this show.” 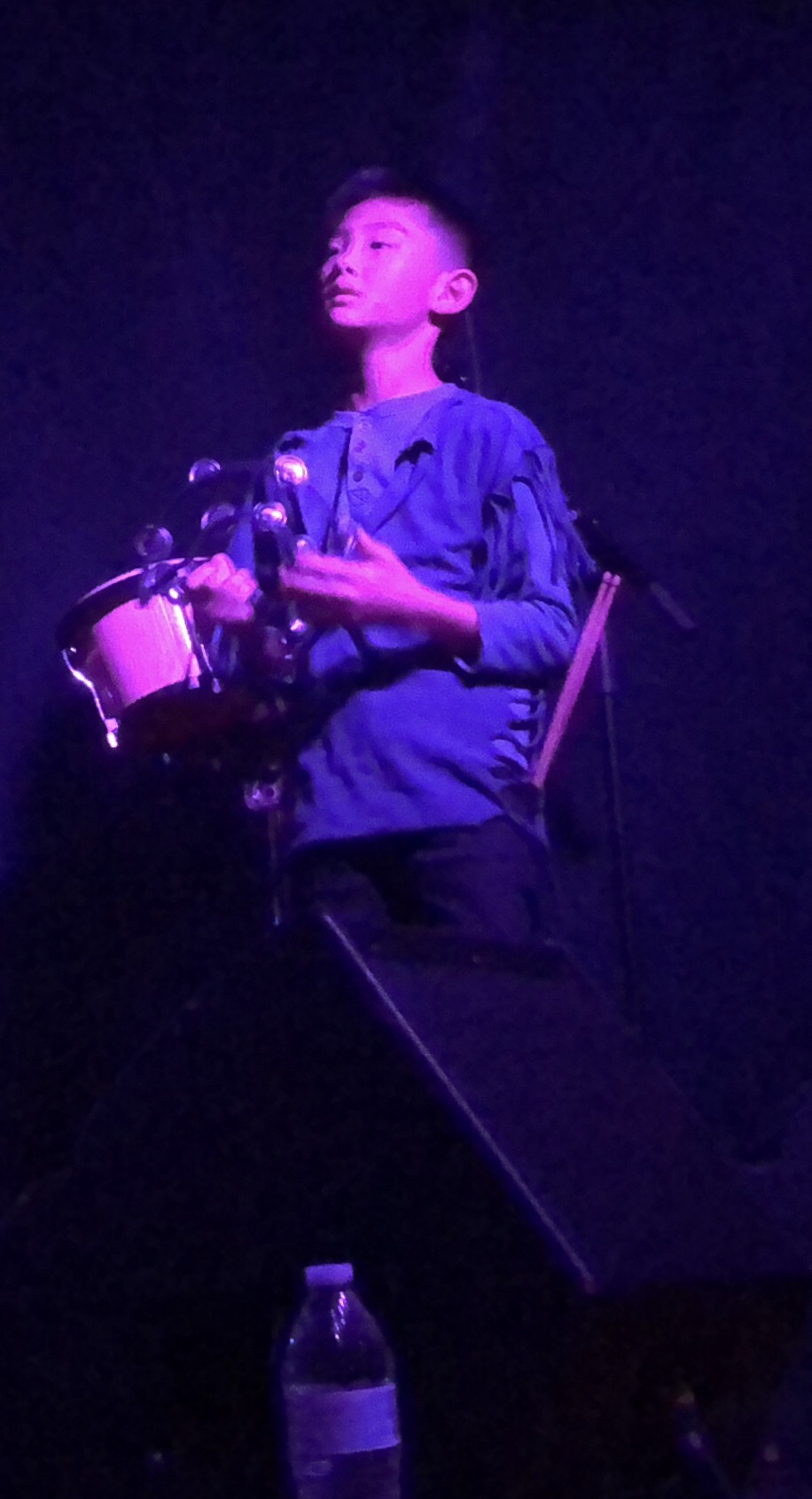 I’m also excited that I get to go to festivals with my friends and make shadow puppets with throngs of squealing children, while taking breaks for grilled cheese and tomato soup by the fire pits, and seeing my friend Joel and his band Disco Hoot perform (oh, we DID dance, every other second this phone was not being held still for this video!) while Johnny Sokko and His Flying Robot plays in the background on a wall.

We had a blast and I’m so proud of the kids but also feeling it’s very important for them to go for some time without being “in rehearsal” for anything… they both have academic testing coming, some voluntary, some not, and they are both tired (I pulled grey hairs out of each of their heads in the last few months. For real) and ready to be non-performing kids, just learning, discovering, practicing kids for a bit.