We have a lovely shopping center near our home now, where we have made a lot of nice memories in the past couple years. It’s where we get Halloween pumpkins, shop for holiday meals, had Marble’s first ID tags made and bought her first toys. It’s very convenient and you can really spend hours there getting a lot done in one place.

We had a series of errands to run today that COULD have taken us back and forth all over town but we did it all in our own neighborhood, and we had some Christmas magic happening for sure.

Stopping into Starbucks for drinks, we ran into Jason Douglass of Jason Douglass’ Danceadelphia, where the kids took lessons for years! He was so excited to see them. He said Claudia was getting close to getting to be as tall as him, and whenever a student of his gets taller than him, he has a pizza sent to their house, so to keep us informed. 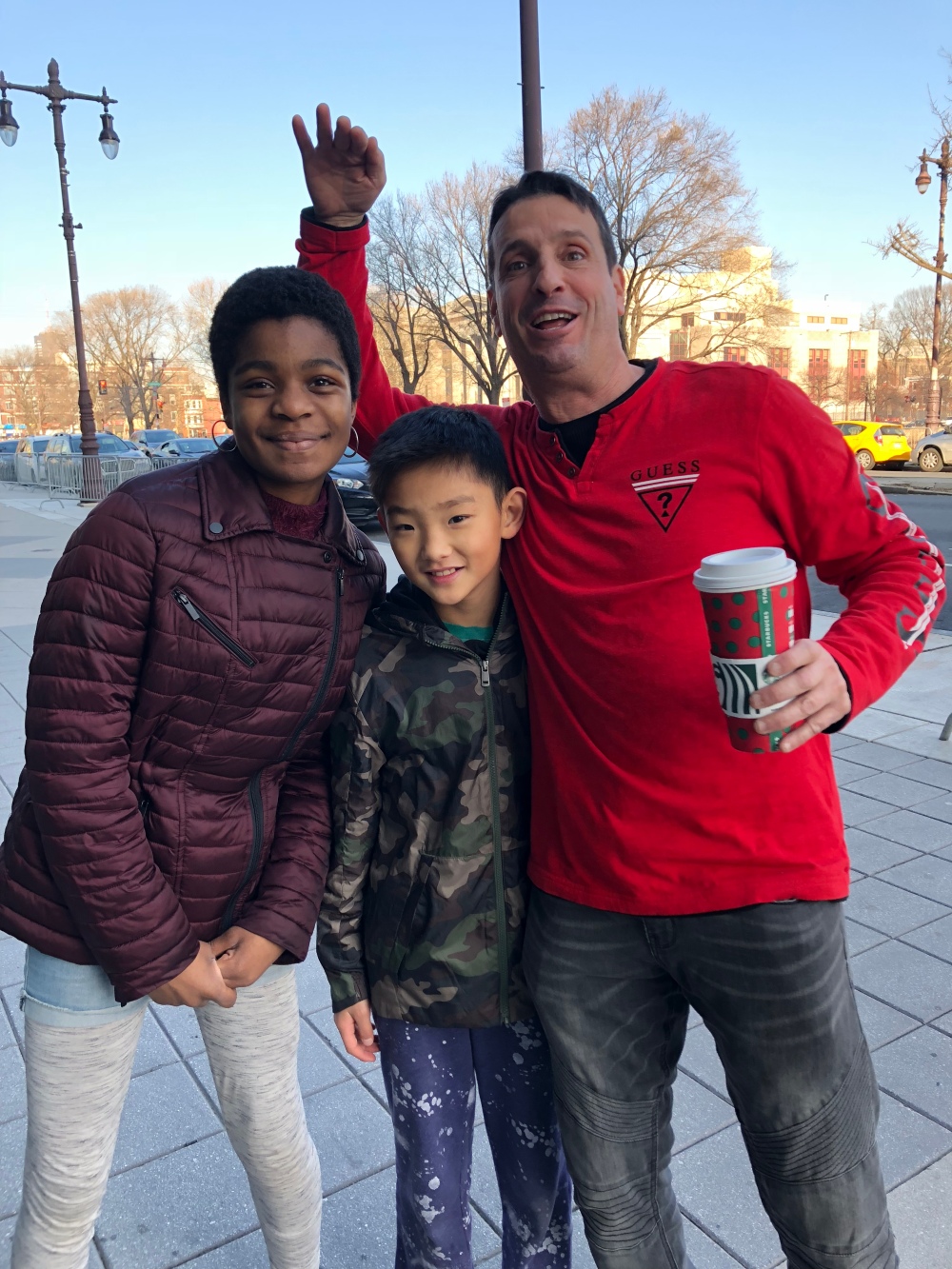 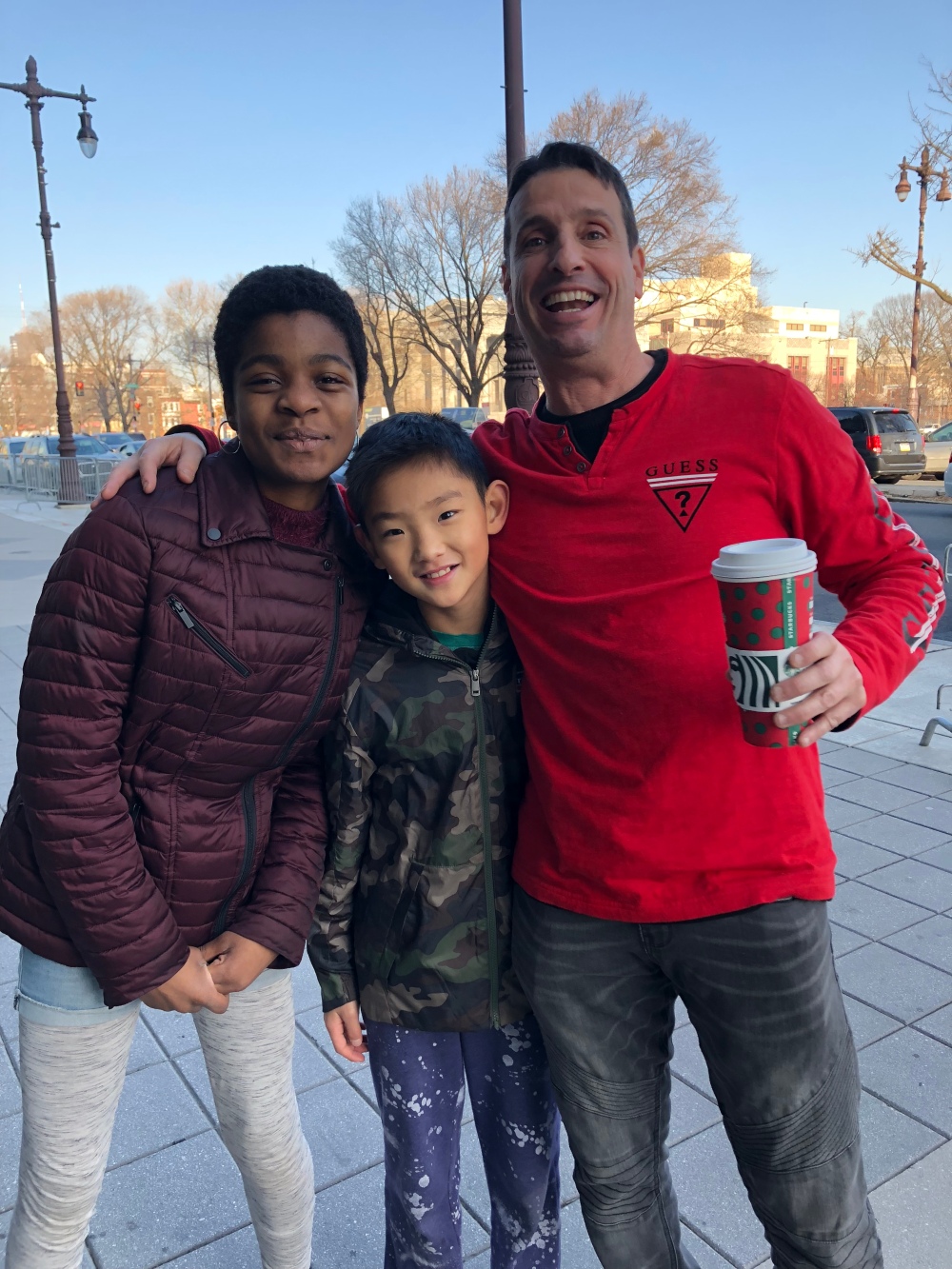 We were having our drinks and talking about how nice it was to see Jason when Olan, the kids sewing teacher — and who had met up with us on Claudia’s last birthday to teacher how to mend her beloved Hoogah — showed up in the same Starbucks! 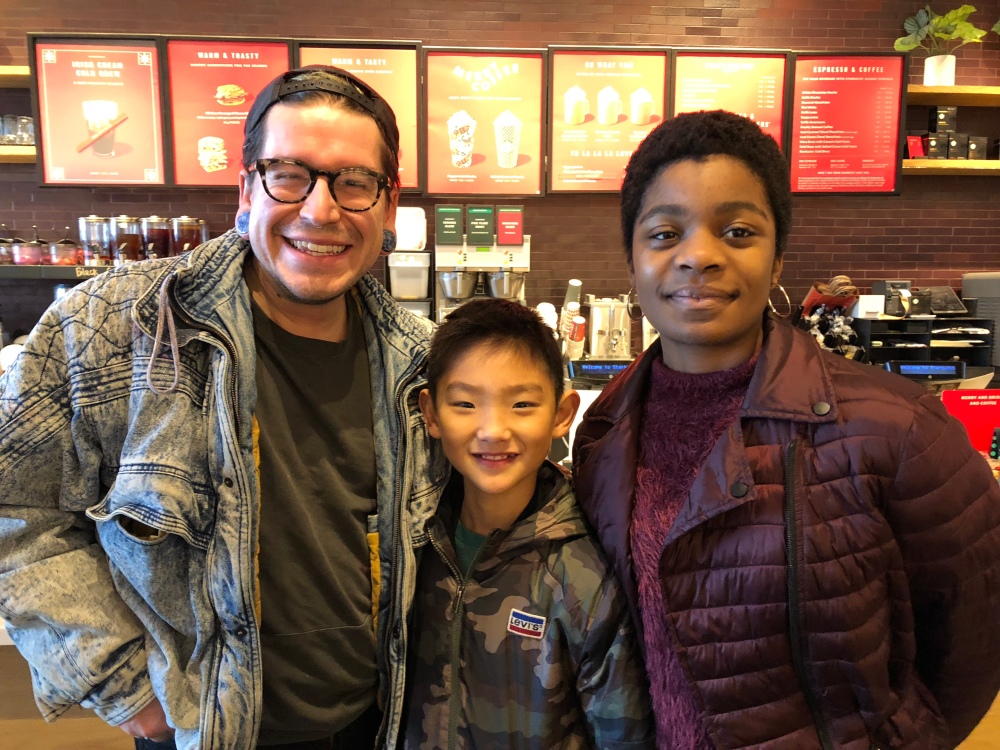 We were, actually, killing time after finishing our grocery errands — we had stopped first in PetSmart to get a bed for Danpung (she is getting too old, we think, to eat every bed we give her) and some more toys for the kitten. There we saw there was a Santa taking pictures with pets. We thought about bringing Marble over quickly, but she is still recovering from surgery and has always been very sensitive to loud noises. We decided it might not be fun for her… but Claudia was very certain that it would be fun for Danpung. So Tucker ran home with the groceries to get her. 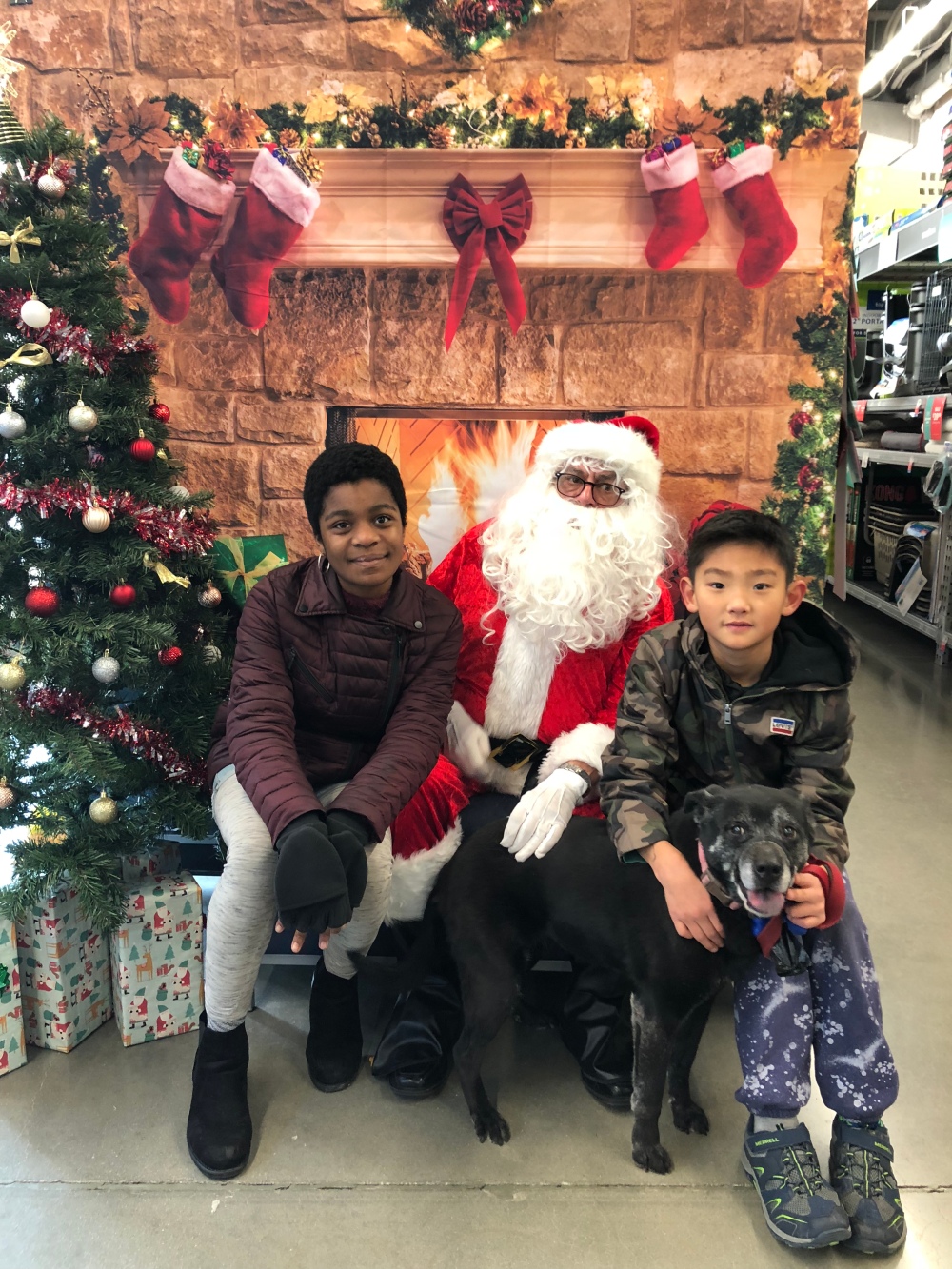 Bringing Marble into Danpung’s life has been a huge gift for her; it’s unmistakable. Her eyes are clearer. She definitely has some of the stiffness of age but she is more active than she has been in years. She plays with toys more — and she plays with her kitten. She was so excited to come into the PetSmart.

And was so happy to get home and try out her new bed!

We are closer than ever to hitting all the points of Christmas. Béla has peeped out of the kitchen where he was cooking to hear Jimmy Stewart scream, “My mouth’s bleeding! Zuzu’s petals!” and is laughing and his face is pink with emotion. This scene has even brought Claudia away from her Sims game. Merry Christmas, you wonderful old Building and Loan!

Oh dear, I am crying.

(Also, amazingly, a stranger sent me a friend request on Facebook today, and I accepted it out of curiosity. He then messaged me to say he had been one of the people who arranged the Steve Powers Pop-Up yesterday, and had found Béla’s backpack — identified by a receipt from the library made from Béla’s library card in the bag. We had not even noticed it was missing. The man brought the bag down to South Philly, AND sent Béla’s photograph of Steve Powers TO Steve Powers. Definitely seems like Christmas magic is starting.)