The kids will not get to see Tuck on his birthday Saturday so today, Béla set his alarm an hour early — got up before anyone — and started five hours of baking. 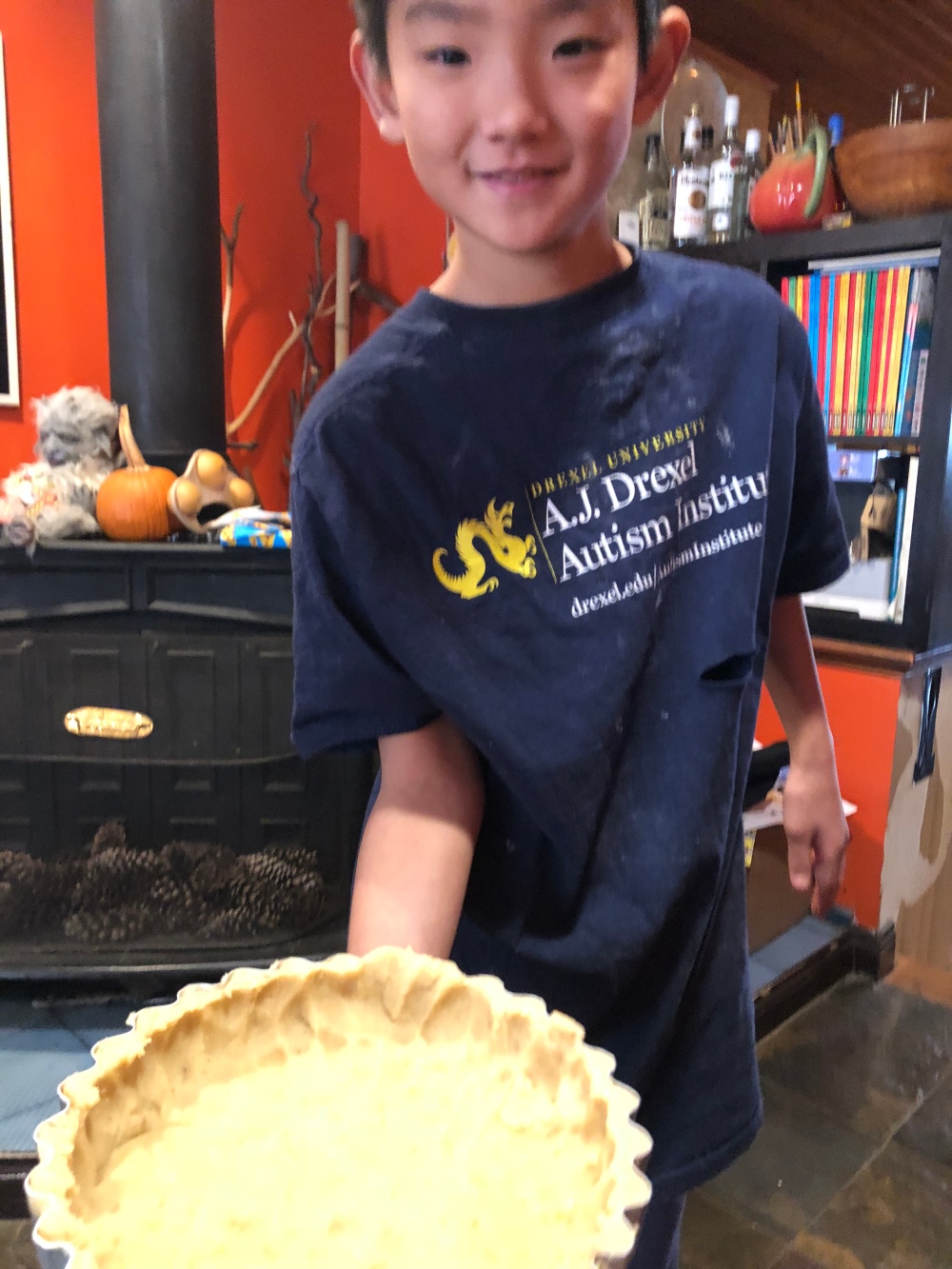 I gave Béla ample room to fail during this excursion into birthday-dessert-making; I had been unimpressed with his preparation of his shopping list (he didn’t think to put down the amount of ANYTHING he needed) and underwhelmed by his conversions from metric in the recipe. (And he was just Googling conversion tables!) So I let him go at the actual cooking part — cooking is really important to him — totally alone, until he really was in over his head.

And he got there. The first batch of lemon filling did not set. He raced to the store for more eggs after begging Claudia for cash. I helped clean up the kitchen, which he had NOT been cleaning as he went — not even close. We dumped the first filling and salvaged the pine nut crust. I helped, some, with the second filling, but only by taking Béla’s instructions — I did NOT look at the recipe OR video myself. This was his project and it was on him.

He did not break down. He was not frustrated or even disappointed when we had to eat the rather soupy tart in bowls. It was delicious, and we did, in talking, figure out his error. But we were happy! And he was happy — when at other times (art classes, online classes, drumming lessons) he would be in a rage that things were not going perfectly.

We went out for hotpot at Little Sheep. Guess whether or not there is a television mounted over our table. 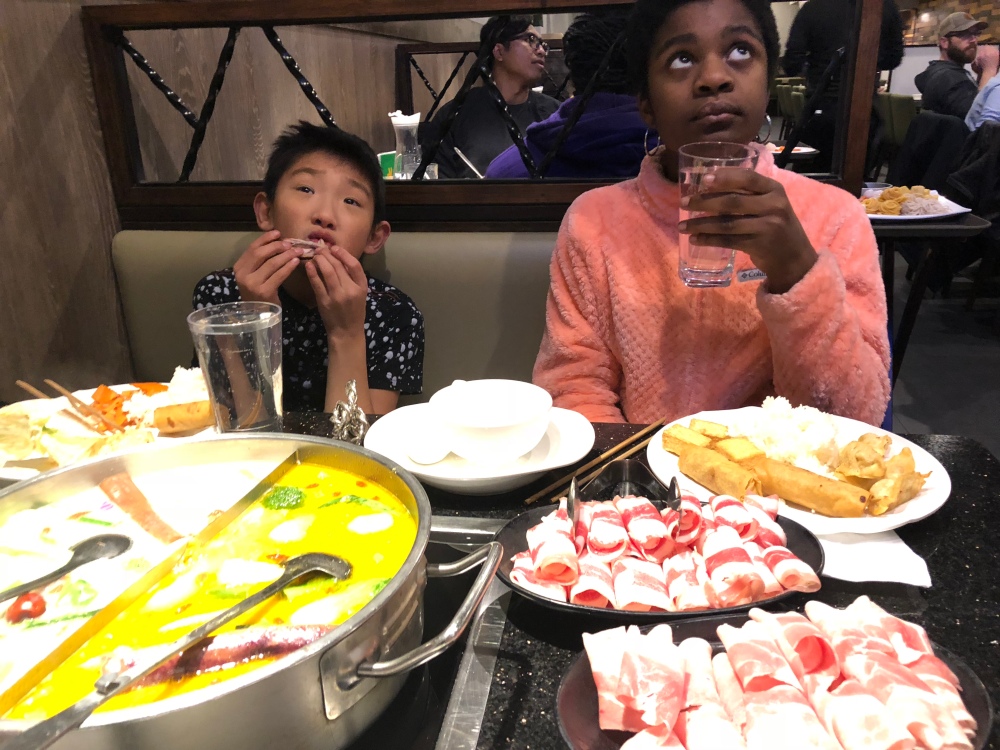 Little Sheep is usually a slam dunk for us — we have even eaten there on Thanksgiving (even having cooked Thanksgiving dinner at home, we’ve gone to Little Sheep that same day.) But they have changed the way they do the menu, and there are no more seaweed knots, and there are some new broths, which I thought would be exciting to try, but that yellow one — I had to go sit in the front of the restaurant until they took it back away from our table. Everyone else felt the same. Still, everyone ate. (And the kids like that there is now an all you can eat buffet bar with endless egg rolls, potstickers and “Chinese croutons”.)

I’m so proud of Béla. Not only did he not freak out when everything did not go perfectly when he was making something, he showed his very Korean sense of the importance of gift-giving and honoring others. (Note the Autism Institute t-shirt, worn intentionally for while baking for Tucker.)

He also told me today that there is a card for Tucker taped behind the calendar, and to let Tucker know about it after midnight.

He also sent me an Etsy link (how did he even find this?) to a t-shirt he asked me to buy for Claudia’s birthday (more than a month away), and that he would pay me back when he got his allowance.

That is pretty much Béla.

MasterClass.com has been great for Béla’s cooking skills. I definitely recommend it. I know Claude has been enjoying Neil Gaiman’s writing class still — nobody is moving very fast through their classes, we just do not do that much screen time here unless it’s a TV series binge (we did The Witcher in three nights. They loved it.)

And apparently I get a rather ambitious birthday dessert next weekend, as well…