Well — it definitely could have been a lot worse. Just because we have been homeschooling for years does not mean nobody is feeling completely normal. However, everyone started out with good intentions and actually, it’s much easier to get the math and Latin covered when Tucker is home to help. 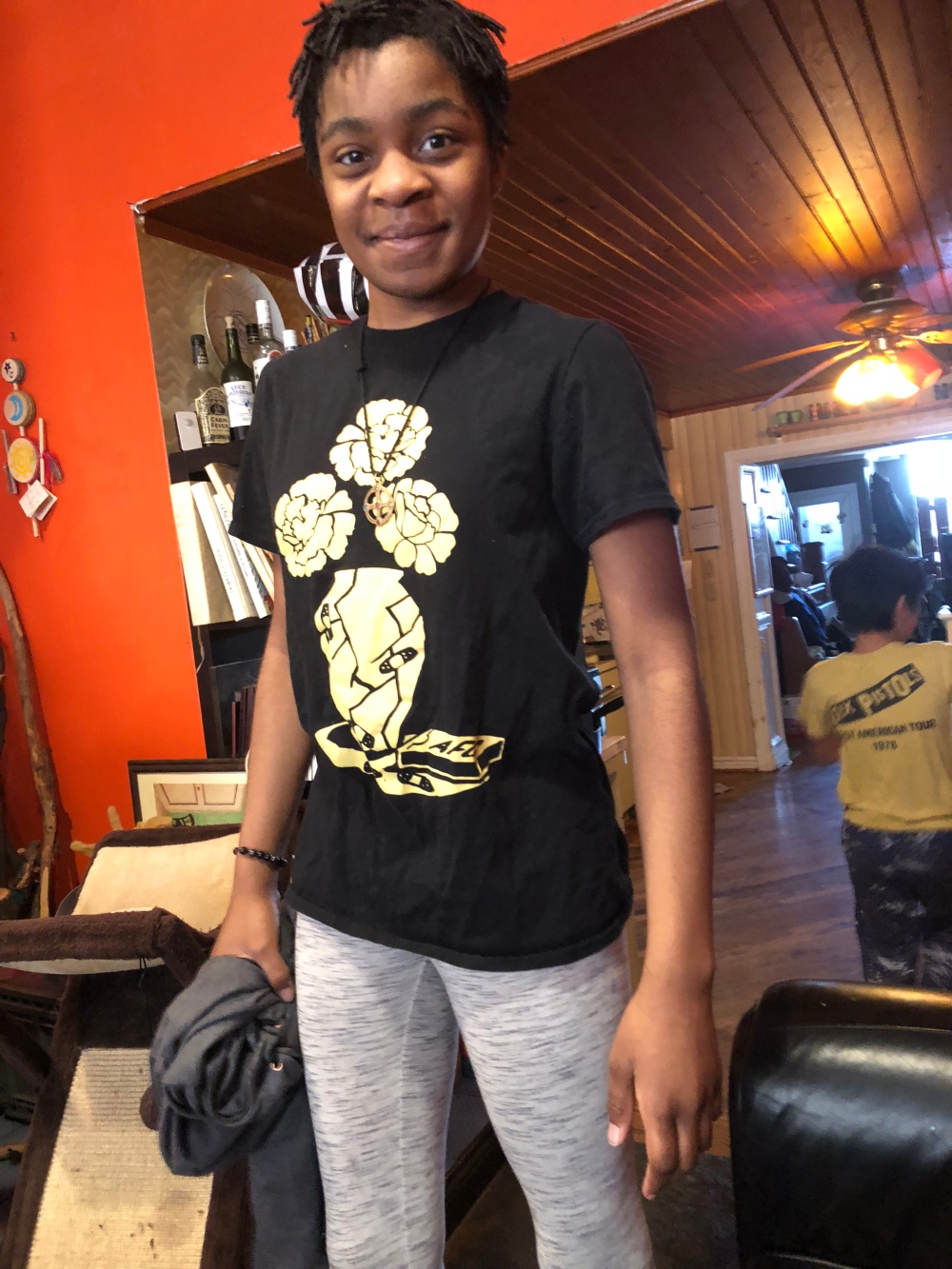 I am set on doing short walks outside in various groups, which felt good. Unfortunately for everyone else, I went on a walk around the block alone and ran into another mom and overstayed what anybody believed was the length of time for me to go around the block as usual. And a search party came for me.

By mid-afternoon it was clear no one else had any “output” power and needed input. This would normally be me reading aloud — the only time the TV is on usually is if it’s “Horrible Histories” or a movie specifically for school. This was around the time the state shutdown was announced and Tucker had a better idea: Kung Fu Hustle. A lot of laughing and a view of China other than one having to do with the pandemic. Very necessary.

We went for a walk before dinner though and it was pretty weird. We see that one of our neighbors has a very large television, if you look in their window. Really really large.

Having tried to get progressive lens glasses again and hating them (again), my new distance glasses came today, so I got to wear them on our walk — which was kind of exciting. Our TV is considerably smaller than the neighbors’ but it is big enough for anybody, and today I actually saw, with my new glasses, that IT’S A HIGH DEFINITION TV. It has been all along!

If things were normal, tomorrow I’d be starting to teach my Fan Fiction class at Mighty Writers again. But nothing is normal. I have a feeling we will be going along with “Riddley Walker” at a pace I like, rather than getting stuck the way we did with the endless “Treasure Island” (which they still reference and love, so, whatever) and what better time to read a dystopian mindbending novel about a twelve-year old?

We will get to that later this evening. But we are building in more loose time, more fun time — because it is recommended, and because it’s clear that it is necessary. Also, we are building a library of ways to relax. This is an ASMR artist Béla likes, who does freehand map-drawing — this one of the setting of the Netflix series “The Witcher”, which everyone else binged months ago and I somehow mostly missed (it stars a man, who has hair. Other than that I literally remember nothing.)

Keep relaxing and laughing when you can. You can’t learn very well unless you can do those things too!