Well. Having slept late due to Nocturnal Weekend, we were among the last to know our neighborhood had been locked down by SWAT in the morning, but it also didn’t inconvenience us. Firearms and high drama at CVS — it happened, but, not an active part of our day.

Yeeeeears ago — when they still seemed like kids — Tuck and I started making a set of The Lion in Winter hand puppets for the kids. We got the basics done on seven puppets and completed Henry, Eleanor, and Phillip of France. The goal was (is) to have the kids finish the Princes and Alyce. Well. We do stay busy…

But we came across an opportunity during the pandemic to include our puppets in a vastly larger and amazing work by artist JooYoung Choi — and, since he has not been able to stage his shadow production, it was something that Zach could work on as well for Civil Rites/Civil Rights, being a video project. So, today was Béla’s first time shooting video using green screen and seeing it edited into someone else’s work. I wish I could show the clip… it’s hilarious… but you’ll have to wait.

Meanwhile, a musically gifted girl not known for her initiative or follow-through continued to close herself in her room, strumming and singing… until she came downstairs smiling and said “I finished a song.” We have still only heard it from afar; she is not ready to debut it.

What we did hear good and loud was — well did you know cats do not meow to communicate with one another, but only to talk to humans? Today we heard the second instance of “THERE IS A BUG IN HERE AND I CAN KILL IT BUT ONLY IF YOU PICK ME UP SO I CAN REACH IT HEY BÉLA SOMEBODY ANYBODY THERE IS A BUG” — possibly one of the least majestic, most entitled animal calls of all time.

I love how she sticks her chin out like Marlon Brando when she is trying to be tough.

She got the buggy. But she’s not tough. 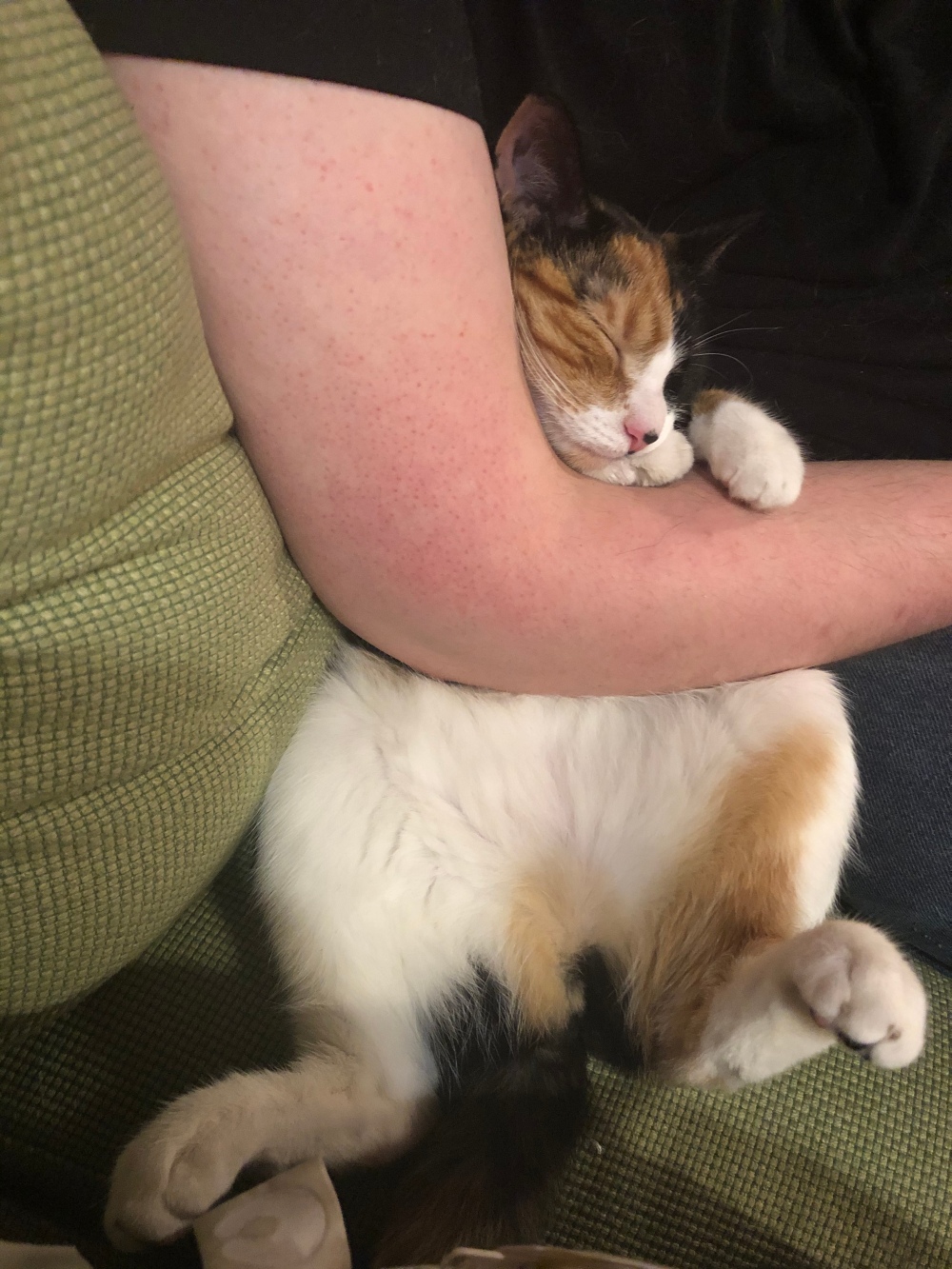 Béla and Tuck are making blueberry crumble and listening to a podcast while Claudia showers, and we will move our bedtimes a few hours earlier tonight, It is now one am and feels more like ten pm.