The neighbors on either side of my house are like big brothers to me. Our friend Nello has always been there to help me with issues with the house (like when PECO came and turned off our heater because they said we were a few days short of CO poisoning… surprise to us, our furnace had NEVER been cleaned!) and picking new appliances. Nello’s dad, Pasquale, has always been incredibly active and loved the kids; not that they understood everything he said, because he was very hard to understand, particularly as he got older, but the kids always ran to him anyway.

My “house-husband” on the other side of my house, Joey, woke me up with a text this morning that not only had a large, old growth tree just come down across the street, but that Pasquale had died in the night. It was strange to live a moment that I have lived in my mind with the kids before. Nello has been such a great friend to us, we are really thinking about him today.

Claudia’s medal for the Exploratory Latin Exam arrived in the mail. 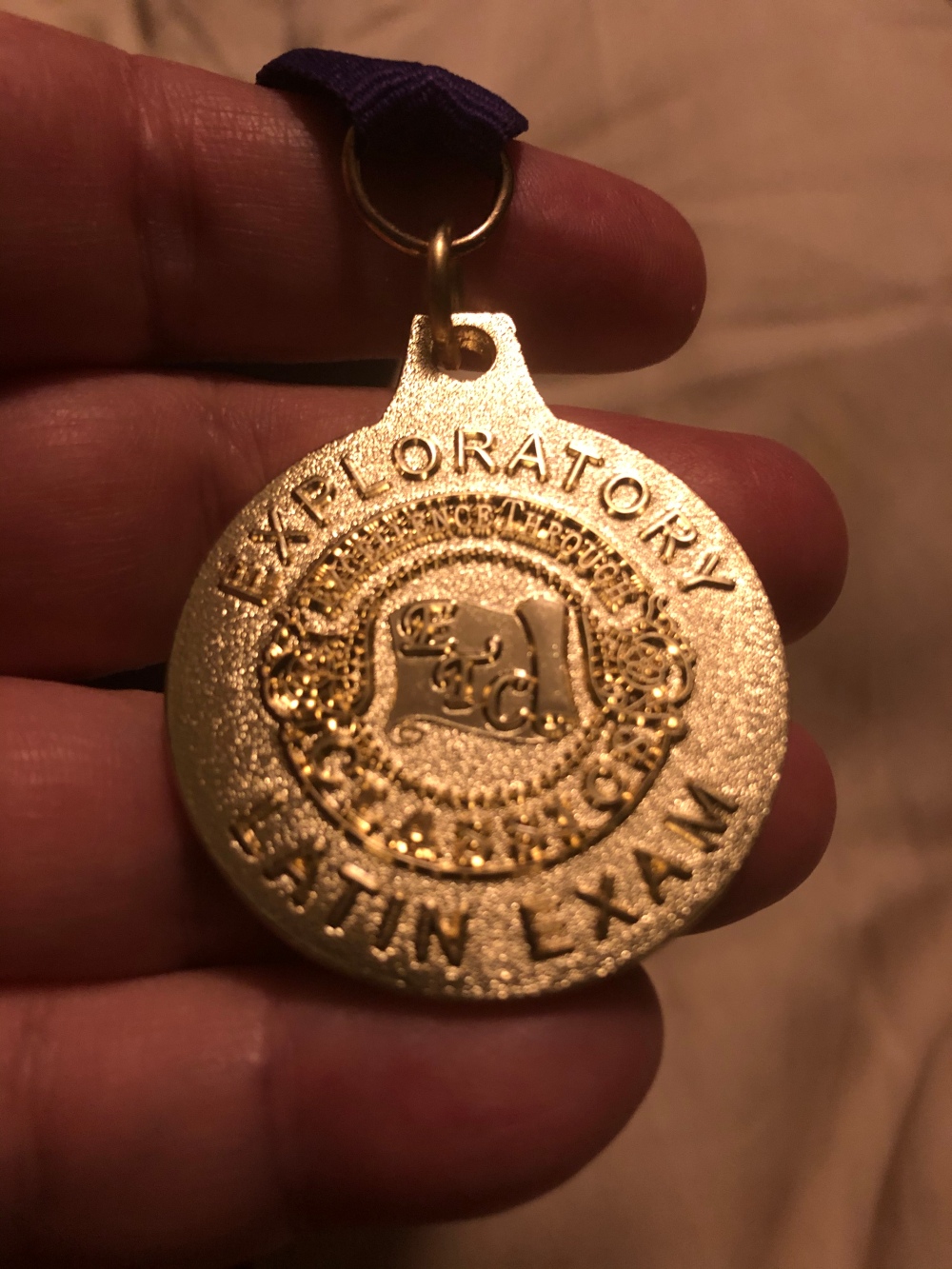 As of this week, tickets for the virtual version of the National Junior Classical League’s annual convention — which would have been held in Richmond, VA (where we would have loved an excuse to go) are available. I have to talk to Claudia about what the offerings are and see what she thinks.

This week I was feeling in a rut about our regular weeknight dinners, which are starting to have a bit of a wartime feel about them simply by association. I see so many of my British friends cooking for the week on Sundays and making such a huge variety of curries and other one-bowl dishes that I asked my friend Damon for some new inspiration — and got it, in video form on Facebook, and a recipe for Pakistani Kofta Mattar curry. I am so excited to make it, but we needed fresh tomatoes and Tuck had just been shopping yesterday, and we keep the store runs to an absolute minimum. Not surprisingly, Béla enjoys Damon’s cooking videos, which do tend to have a lot of good information in them. and I’m sure B. would be very excited to help with this dish. He is still hunting down the Indonesian recipe for the way that collard greens are prepared at Hardena — it’s one of his favorite dishes ever.

Tonight, a plague and race riots and the loss of a beloved neighbor weren’t enough and we also got a tornado warning and were told to take cover. There was a time in my life when this would have terrified me. Apparently, this time is over. I went downstairs and stood on the stoop, until I was wet enough to want to come in. It did, however, scare a little kit. 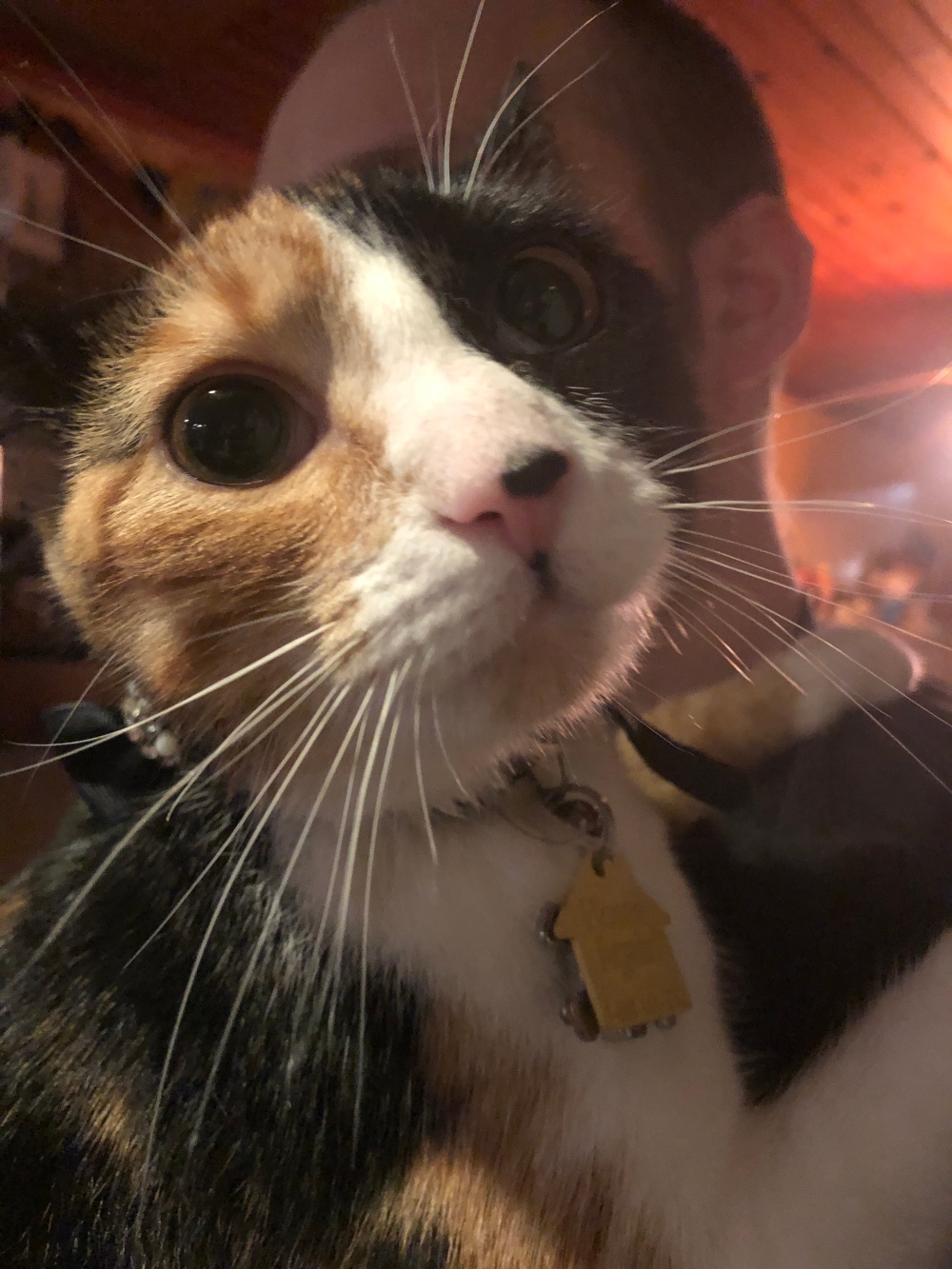 Look at every whisker on end.

Hoping for a Riddley Walker day tomorrow, and the kids do have an option for a Karaoke party with OTC in the evening.