Claudia had to do a third take on the animated voice-over project she got a chance to do, and this was more challenging. Between singing, bass and dance, she’s very familiar with being told “You’re doing great! Now change sixteen things about what you just did.” The greatest number of these experiences are with instructors she knows personally and can “read” well (are they grumpy? Are they hungover? Are they seriously expecting me to be THAT good?) But notes coming from a stranger in an e-mail were harder to decode.

Plus, her second take had — admittedly, even by Claudia — sounded halfhearted. That’s because anything that isn’t Priority One on Claudia’s list at the moment gets a rush job… so she can go back to writing the literal POUNDS of prose, and drawing the detailed illustrations, she loses herself in. I’m a huge believer in flow activity so I love that she finds flow so easily (it’s been a much steeper, longer climb for Béla.)

BUT, more than any algebra or conversion of fractions, she needs to learn that she’s got to do things as well as she can — even things she DOESN’T like, much less things she does like and isn’t in the mood for that millisecond.

She caught on. She does more and more these days. 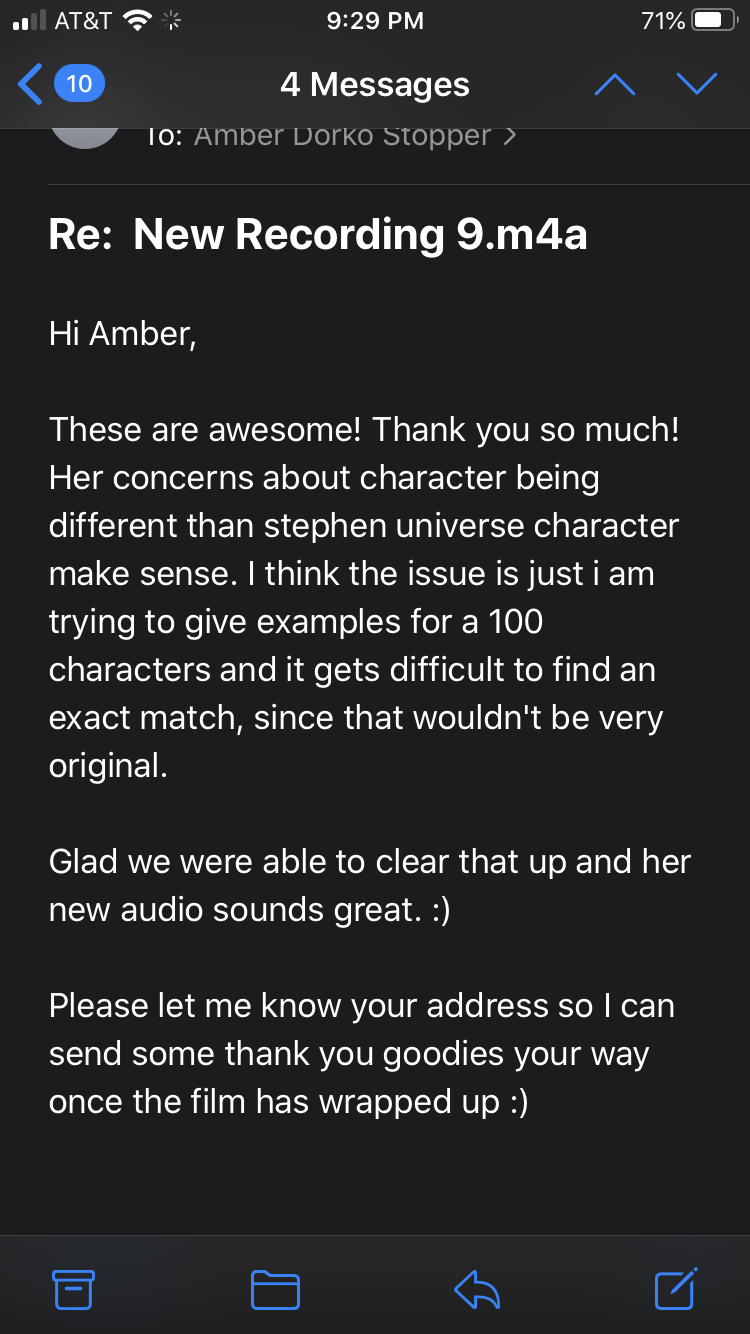 We are on about ten different Very Soon Deadlines right now for all kinds of things. I’m glad this project is on track, as she is less interested in public musical performance than she used to be (singing and bass, anyway) and has gotten the bug about voice-acting from — you’ll never guess — D&D PODCASTS. (Which put her to sleep some nights.)

We have been updating home audio so everyone goes to sleep listening to something that comforts or interests them — and it is a scientifically proven method of effective studying (so Claire Danes, get reading The Odyssey.)